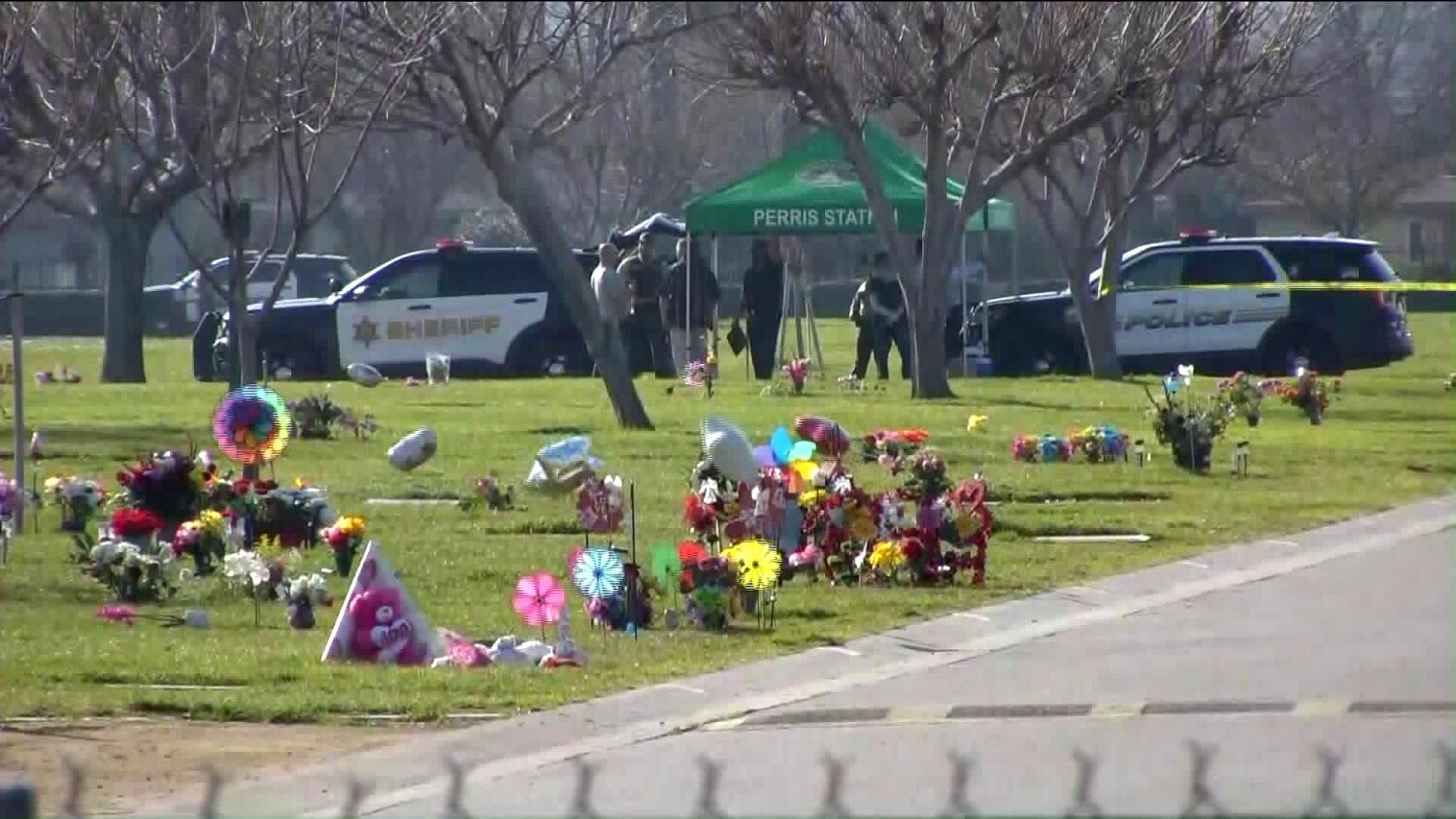 Homicide detectives are investigating three dead bodies that were found Monday morning near a gravesite in a Perris cemetery.

The victims, described only as three men, were discovered sometime before 10:30 a.m. at the Perris Valley Cemetery in the 900 block of North Perris Boulevard, according to the Riverside County Sheriff’s Department.

Sheriff’s deputies roped off the cemetery, and police activity in the area has been heavy all day. No information about the cause of death, or how the bodies were discovered, has been released.

“Central Homicide Investigators are on scene assuming the investigation,” the Sheriff’s Department said. “While they are processing the scene, the Perris Valley Cemetery remains closed to the public.”

Investigators remain on scene for the triple homicide and confirm the victims are 3 adult males. No additional information is available at this time. https://t.co/gpEhcTAUhD

Aerial footage from TV news outlets showed the bodies lying on the grass on cemetery grounds. Onlookers watched with disbelief and horror.

“One of them was hunched over, the other one was laying down and the other one looked like he … was wrapped up in a sleeping bag type,” Randy Rios told KTLA-TV, Channel 5.

Perris Mayor Michael Vargas, in a statement Monday afternoon, said he has been in touch with law enforcement officials and is monitoring the latest developments.

“I am heartbroken by the horrific crimes that have taken place today in our hometown of Perris,” he said. “Our deepest sympathies lie with the families of the victims of these horrible crimes … and we are committed to seeing those responsible for these horrific acts brought to justice.”