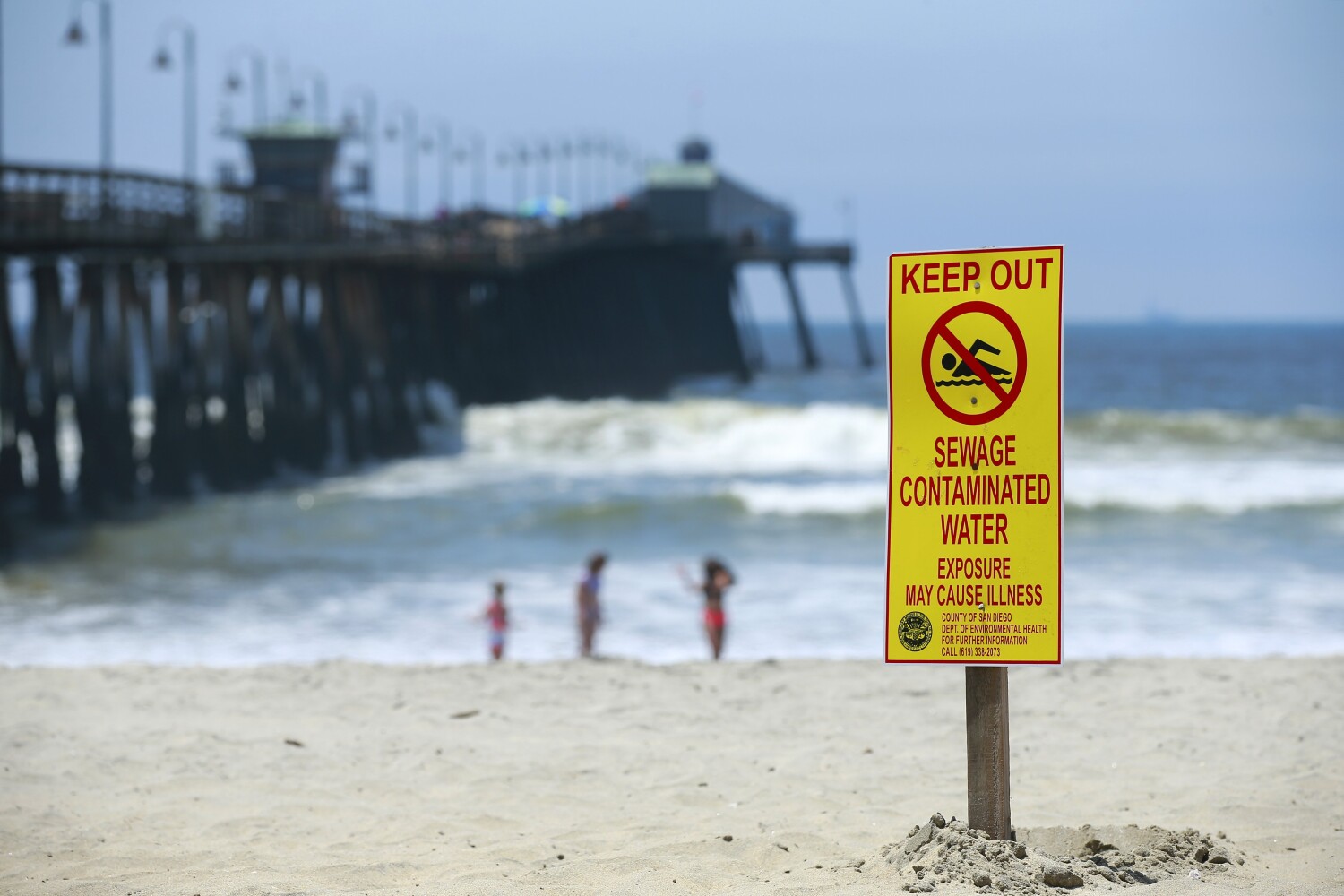 “This has been an issue in our region for decades, and concrete federal action to address cross-border pollution has been long overdue,” said Rep. Mike Levin (D-San Juan Capistrano) at a news conference in Chula Vista.

Congressional leaders announced the funding in December, but it wasn’t clear whether that money would be doled out across the entire Southwest border or dedicated specifically to address pollution in the Tijuana River Valley.

Now officials believe most, if not all, of that cash will flow to the San Diego region, thanks to language included in the overhaul of the North American Free Trade Agreement signed by President Trump on Wednesday.

“This is a huge, huge deal,” said Imperial Beach Mayor Serge Dedina. “We still have a lot of work to go, but I never imagined that we’d be here right now. I’m just astounded.”

The approach is a shift from longstanding efforts to help Mexico maintain its wastewater system in Tijuana.

Last summer, top officials with the U.S. Environmental Protection Agency visited San Diego to lay out a blueprint with several options for how to address the pollution.

Since then, San Diego leaders have rallied around building a roughly $400-million facility north of the border to intercept and treat the pollution. It’s been estimated the project could reduce cross-border flows from roughly 138 days a year on average, down to about 12.

“Make no mistake, [with] the signing of this agreement, the dollars are going to follow to clean up the sewage spills from the Tijuana River Valley once and for all,” said San Diego Mayor Kevin Faulconer, who was present when Trump signed the agreement at the White House earlier this week. “This is a shining example of what we can do when we work together.”

EPA officials are scheduled to hold a public meeting March 9 in Coronado to discuss next steps.

“They wanted us to come up with a plan,” said Cox. “We’ve collectively done that. We’ve presented it to them … They’ve got some money now that they can start working on the project almost immediately, and we look forward to hearing what their solutions are going to be.”

The increase in federal resources comes after the state of California, as well as the cities of Imperial Beach, Chula Vista and San Diego, have filed Clean Water Act lawsuits against the Trump administration to force action on the issue.

Those legal proceedings have been stayed pending ongoing negotiations.

“I think it’s very professional that the lawsuits are stayed, but I like the lawsuits,” Peters said. “I think the lawsuits being out there [says] this community is serious about it.”

According to California’s lawsuit, toxic water pollution from Mexico has shuttered San Diego beaches more than 500 days over the last three years.

Most of the impacts are concentrated along the southern shoreline of Imperial Beach, which has been closed since November with tens of millions of gallons of heavily polluted water flowing over the border daily.

Officials say those exposed to the pollution include Border Patrol agents who often track down unauthorized immigrants crossing in polluted mud, as well as military personnel, such as Navy SEALS, who train in the open ocean. Swimming in water tainted with raw sewage can expose people to pathogens such as E. coli, Vibrio and salmonella.

Mexico has long operated pumps on the Tijuana River and capture basins in canyons along the border to divert flows before they hit San Diego County beaches. The water is sent to the South Bay International Wastewater Treatment Plant in the U.S. or pumped out to sea in Mexico.

Even a small storm, however, can overwhelm the system, flushing a toxic stew of rainwater, raw sewage, heavy metals and other contaminants through the river valley and out to sea.

In recent decades, the U.S. government has worked with Mexico to help fund maintenance and expansion of its wastewater infrastructure.

Still, those upgrades haven’t been able to keep pace with Tijuana’s growing population, including the expansion of unsanctioned communities along the border that routinely dump sewage, chemicals and other pollution into stormwater canals.