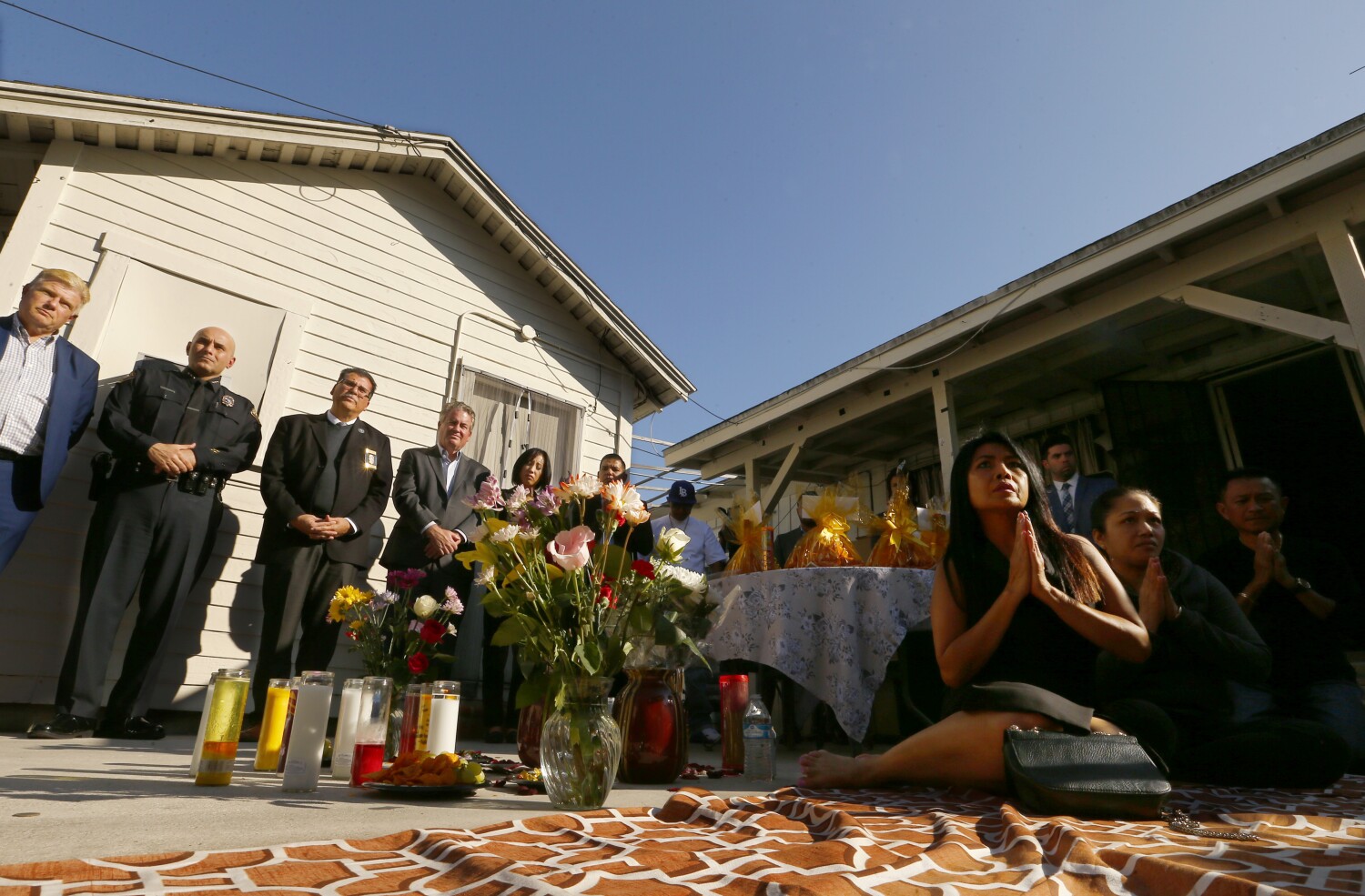 Officials are offering a $30,000 reward for information leading to the arrest of the assailant who shot and killed three people and injured nine others at a Halloween party in a Long Beach home.

The Long Beach City Council and the Los Angeles County Board of Supervisors each approved a $15,000 reward Tuesday for the Long Beach Police Department’s efforts in hunting down the gunmen.

“The reward is to further encourage any person with information, who may be reluctant to come forward, to provide it to detectives to further the investigation,” said Shaunna Dandoy, a Long Beach police spokeswoman.

Shortly before 11p.m. Oct. 29, someone climbed the wall of a home on 7th Street near Temple Avenue from a rear alley and opened fire on almost 30 people attending a Halloween-themed birthday bash. Residents reported hearing up to 20 gunshots.

Three people were killed and nine others were injured Tuesday night when gunfire erupted at a party at a home in Long Beach.

When the gunfire stopped, the shooter — who was described as wearing dark clothing and having his face concealed — fled in a dark vehicle, authorities said. Police do not know how many people were involved in the attack.

Three men were killed in the shooting: Maurice Poe Jr., 25, of Long Beach; Melvin Williams II, 35, of Gardena; and Ricardo Torres, 28, of Inglewood.