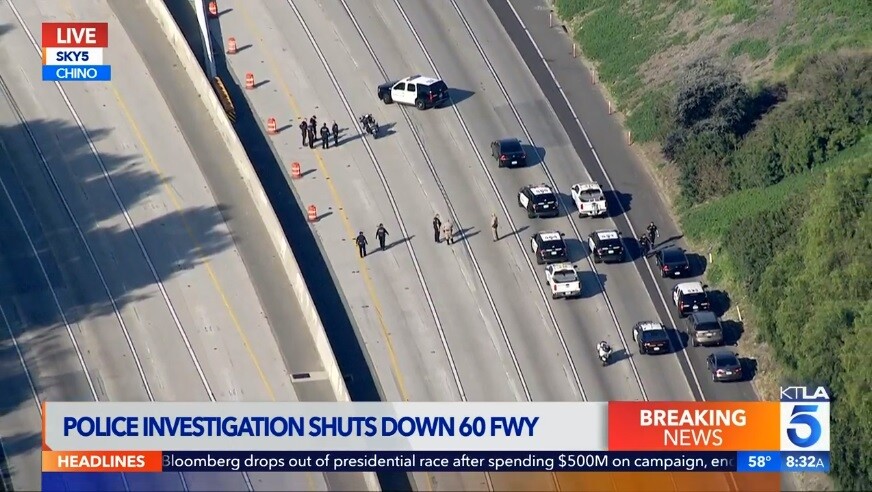 A man reportedly armed with a knife was shot by Chino police Wednesday morning in an incident that shut down a stretch of the 60 Freeway during the morning rush hour.

The freeway was shut down in both directions near Central Avenue after police responded to reports of a man with a knife, officials said.

Authorities said the suspect, who has not been identified, “refused to comply with officers” and was shot, suffering superficial wounds.

“No officers were injured, and the suspect was taken to a local hospital,” the department wrote on Twitter. “The investigation is ongoing.”

*Update* Suspect is in custody and the scene is secure. No officers were injured. Ongoing investigation, will post more updates when the freeway will be reopened. We appreciate your patience.