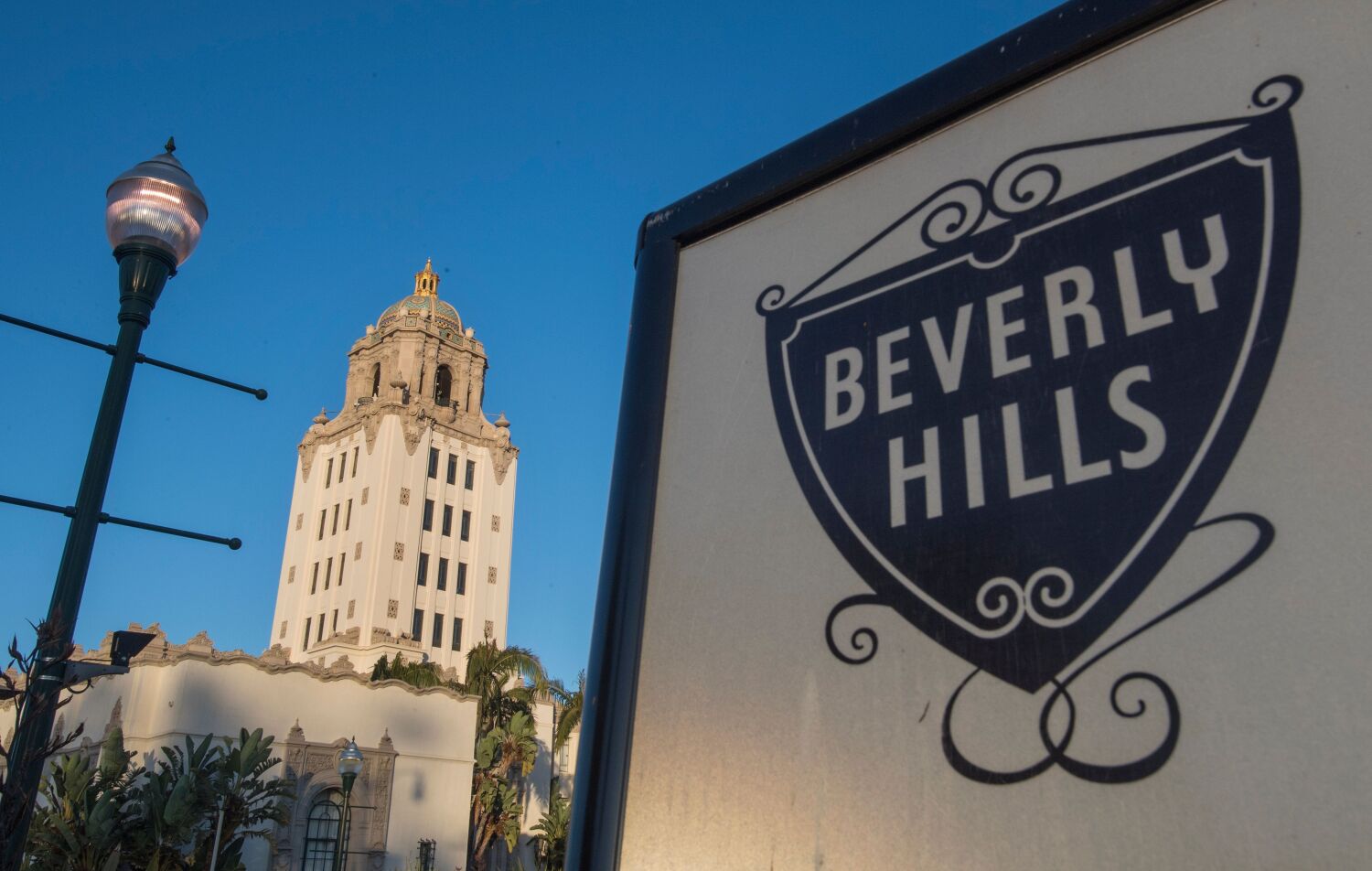 Just ahead of California’s March 3 primary and Los Angeles County’s general election, the city of Beverly Hills has filed a lawsuit calling for changes to the county’s new touch-screen electronic voting system.

Under the new system, dubbed “Voting Solutions for All People,” or VSAP, only four candidates appear on the touch screen at a time. To view additional candidates, voters must select the “MORE” button. However, if voters inadvertently press the “NEXT” button instead, Beverly Hills officials warn, they won’t see all the candidates in a particular race.

The lawsuit, filed Wednesday in Superior Court, seeks to force Los Angeles County to modify the system to ensure that all candidates are acknowledged by voters. If successful, the county would be barred from using VSAP for the upcoming primary election — a move that could affect more than 4 million registered voters.

According to the suit, Beverly Hills recognizes that, compared to old punch cards, the new system contains notable “features that permit voters to customize their experience to fit their needs, such as by displaying the ballot in 13 different languages, adjusting the text size and contrast, or using an audio headset and control pad for those with significant visual impairments.”

However, the city says, by requiring that voters “work through a confusing series of steps even to see the names of these additional candidates,” VSAP “compounds and enhances the adverse impact of this positional preference on the fairness of the electoral process.”

In the upcoming consolidated election, the suit underscores, “there are at least 30 different contests (not including County Central Committee races) in which five or more candidates are running for election to the same office.” This “severe ballot design flaw,” it argues, “threatens the integrity and accuracy of dozens of races.”

But it’s a problem that can be resolved, Beverly Hills says — even though the election is just five weeks away.

“At a minimum,” the suit continues, the new system’s touch screen “can and should be programmed to include an explicit warning and instruction alerting the voters that the names of additional candidates appear on subsequent screens.”

“We are deeply troubled that voters will be disenfranchised,” Beverly Hills City Atty. Laurence Wiener said in a statement.

“All candidates should be presented in an equitable and transparent way to the voters,” he said. “As the system is currently designed, a voter may not realize they are bypassing additional candidates.”

The Los Angeles County Registrar-Recorder/County Clerk declined to comment on the pending litigation. However, in a Jan. 6 letter to Beverly Hills’ City Clerk, Dean Logan, who oversees the office in Los Angeles, responded, saying: “We take concerns regarding the fairness and integrity of the county’s voting system seriously.”

To create VSPA, he added, “we engaged with recognized experts in human-centered design, usability and accessibility.” Moreover, he wrote, the “ballot layout features have been subjected to significant review by both a stakeholder advisory committee and a technical advisory committee,” as well as “unprecedented public engagement through user testing, a mock election and a pilot election.” Plus, in response to previous recommendations, the voting system added a “pulsating yellow ring to the ‘MORE’ button,” as well as a “gradient effect to provide visible indication that the contest continues.”

“Reducing the font size to list all candidates in a single view,” said Logan, who is named as a defendant in the lawsuit, “would not be compliant” with California Voting System Standards.

Whitney Quesenbery, co-director of the Center for Civic Design and co-author of “Better Design: Better Elections,” has eighteen years of experience creating products that make it easier to vote. She was also on Registrar Logan’s technical advisory committee.

“People should not be unsure about anything when they go out to vote,” said Quesenbery. At the same time, she noted, designing a voting system “is a delicate process, and you don’t want to throw in a new design element at the last minute.”

She said that the process through which Los Angeles County designed its new system “was as open as anything I’ve ever seen” and that she has not come across any problems with the use of the “MORE” and “NEXT” buttons in other contexts.

The lawsuit, said Fredric Woocher, one of the attorneys representing the city of Beverly Hills, was not a last-minute move but rather a “last resort.” City Clerk Huma Ahmed, he added, had been in conversation with Los Angeles County regarding the city’s concerns since November and wrote a formal objection in late December. The California Contract Cities Assn., which represents 70 member cities, also expressed its concerns over the new voting system’s ballot layout, Woocher noted.

It would be unfortunate if the lawsuit affected the March elections, said Woocher, “but, ultimately, we want to get this right.”

California Secretary of State Alex Padilla’s office declined to comment on the Beverly Hills lawsuit. However, on Friday, it conferred a conditional approval of the VSAP system, enabling its use in the March election. One of those conditions includes “reviewing the functionality and usability of the system as it pertains to the current use of the ‘MORE’ button” within five months.