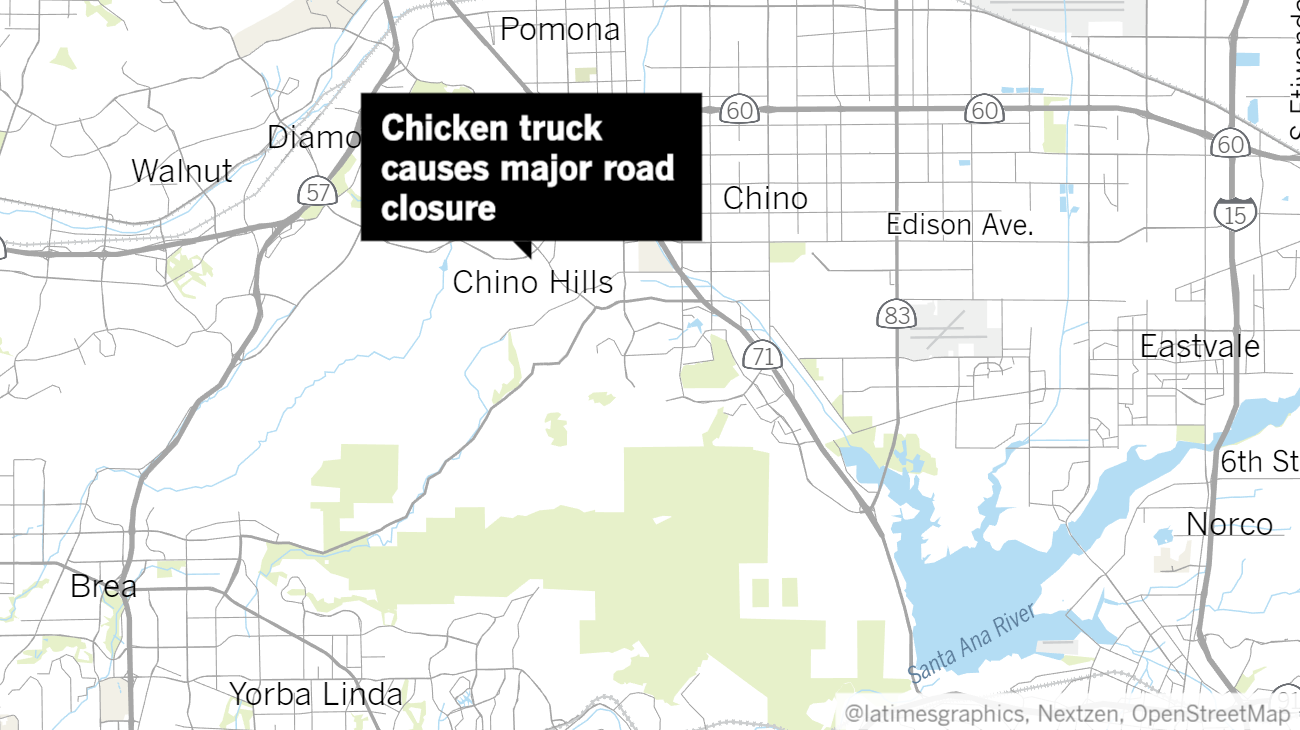 The big rig toppled onto its side while exiting the southbound 71 Freeway at Grand Avenue, closing the off-ramp and eastbound lanes, Chino Hills police said in an alert issued at 7:15 a.m. Eastbound motorists were detoured onto the southbound 71.

More than half of the 6,000 chickens on board will be euthanized, according to a tweet from KNBC-TC Channel 4, which was at the scene. The Inland Valley Humane Society and the Society for the Prevention of Cruelty to Animals rescued some of the animals.

The crash is the second in a week in which a chicken truck overturned in California. In east Sacramento County, a semi-truck hauling a double trailer flipped onto its side Jan. 8. The driver suffered minor injuries, according to an incident log from the California Highway Patrol, while a large number of the chickens were killed.