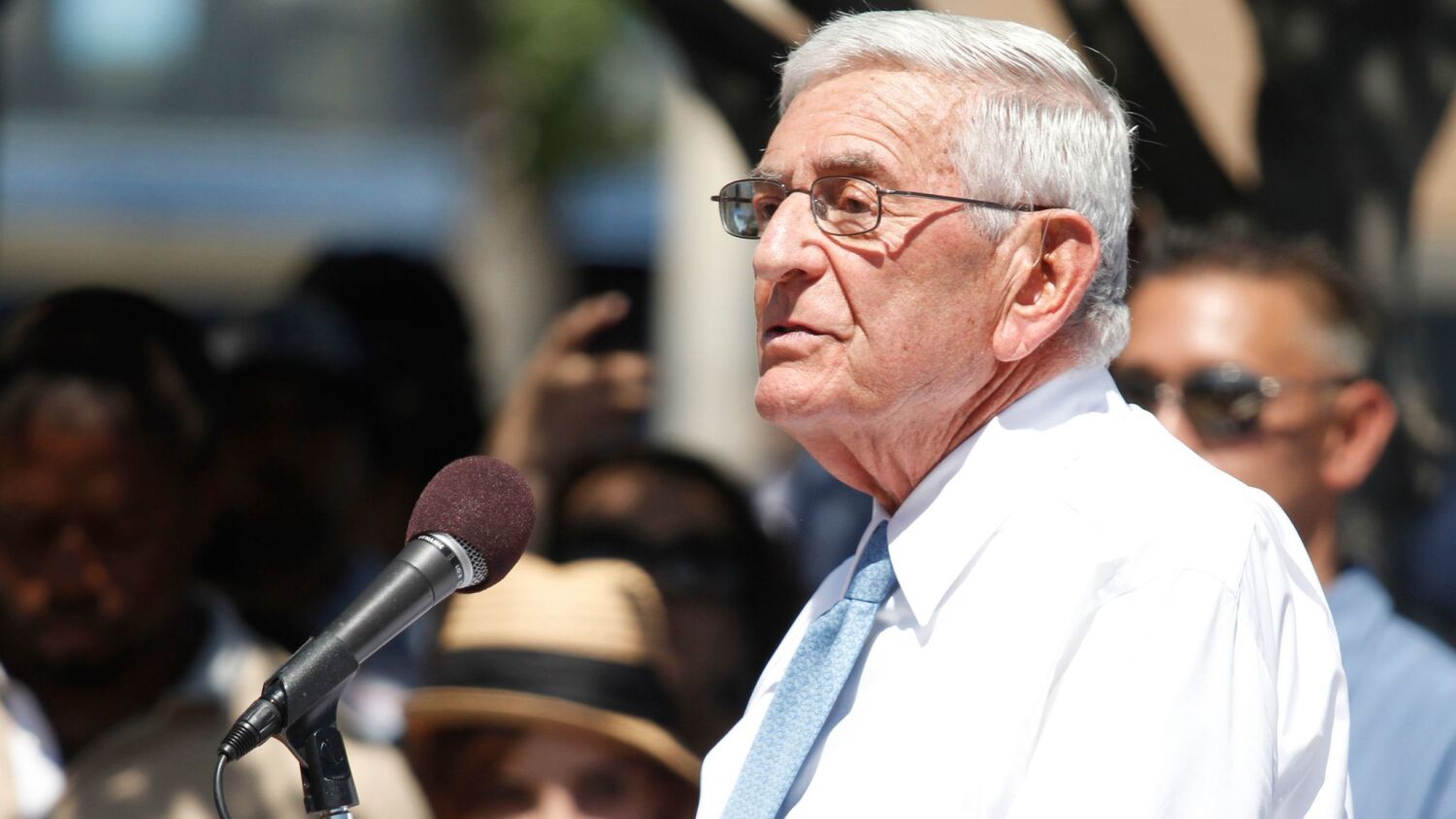 The Broad Center, which has attracted praise and suspicion for its training of school district leaders, will move from Los Angeles to Yale University, along with a $100-million gift provided by founder Eli Broad, the center announced Thursday.

The donation is the largest ever for the Yale School of Management and will help fund a master’s program for public education leaders and advanced leadership training for top school system executives — efforts that had been undertaken by the center in Los Angeles.

The current participants will finish their work under the center’s leadership team in Los Angeles before the operation shifts to the East Coast.

“I’m very proud of what we’ve accomplished in the last 20 years and I can think of no better future for the Broad Center than Yale University,” Eli Broad said in a statement.

The Broad Center has received praise for offering a fresh and evolving take on school district management outside of the traditional education system. But those same characteristics — and the private nature of the training itself — has attracted critics who fear a dismantling of aspects of the public education system that serve students well.

Separately, Broad has been a strong supporter of charter schools, which are privately operated, taxpayer-funded public schools. He’s also been active in local school board campaigns, frequently donating large sums to candidates who face off with those supported by a teachers union.

The move to Yale means that the center’s programs “can be enhanced with input from Yale University’s leading thinkers in management, public health, law, child development, policy, criminal justice and economic development,” the center said in a news release. The relocated operation “will draw on the experiences and insights of practitioners, including Broad Center alumni and Yale School of Management graduates, to help guide and inform its efforts in both teaching and research.”

“Organizational leadership has a direct effect on school quality, which is why the Broad Center has worked for two decades to elevate the field of public education management,” Bracy Knight said. “We look forward to new opportunities to increase our impact by combining each organization’s unique and complementary strengths in service of our shared mission to improve public education.”