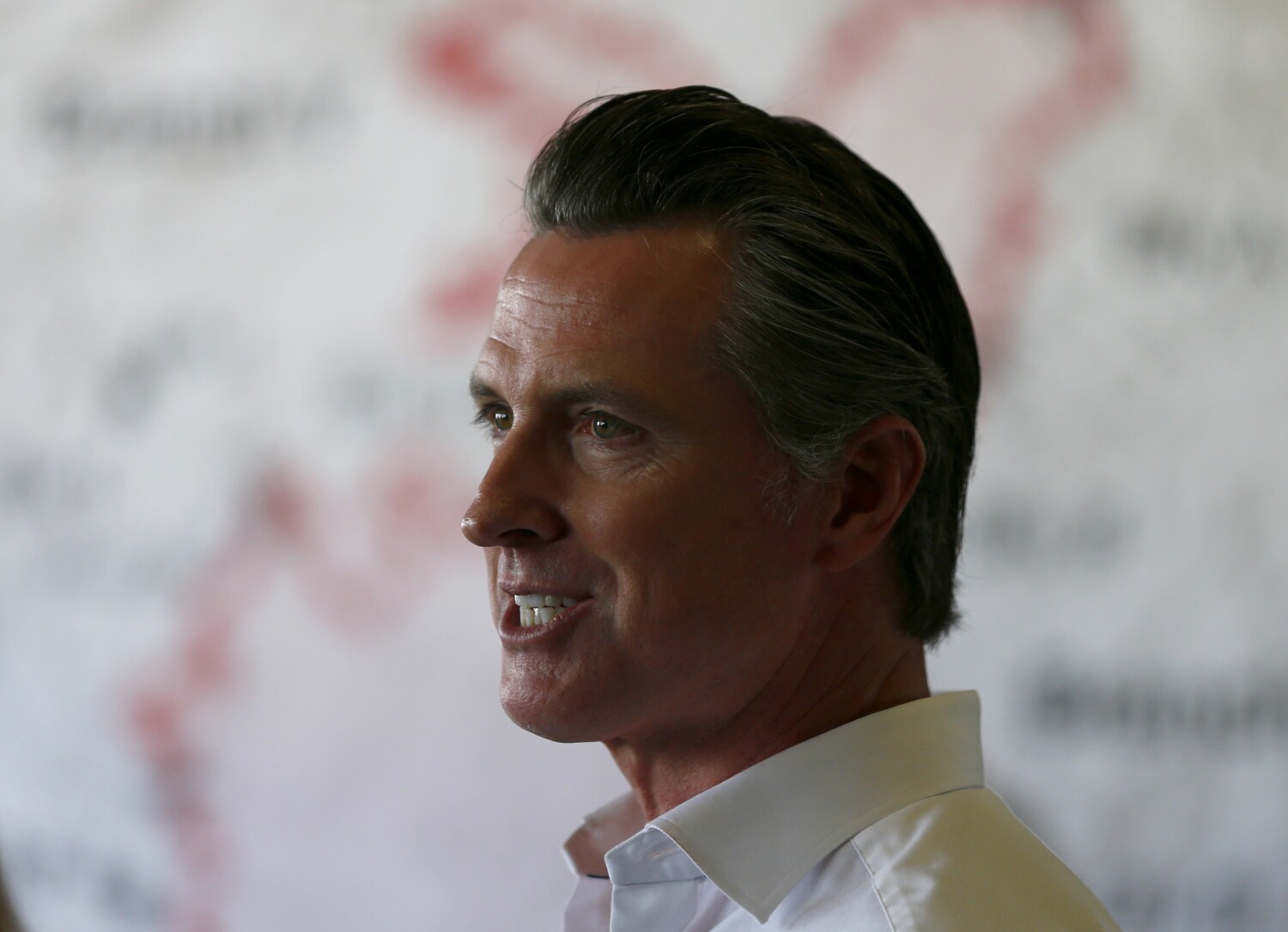 Gov. Gavin Newsom vowed to marshal the full force of his administration to alleviate California’s worsening homelessness crisis, a humanitarian imperative for the state and political necessity for a governor whose ambitious progressive agenda could be eclipsed if he fails to take effective action.

Delivering his annual State of the State speech to a joint session of the Legislature on Wednesday, Newsom acknowledged that Californians have “lost patience” with state political leaders who largely ignored a human tragedy that has existed in plain sight for years, if not decades.

“Let’s call it what it is. It’s a disgrace that the richest state, in the richest nation — succeeding across so many sectors — is falling so far behind to properly house, heal and humanely treat so many of its own people. Every day, the California dream is dimmed by the wrenching reality of families, children and seniors living unfed on a concrete bed,” Newsom said. “The hard truth is we ignored the problem.”

The Democratic governor called for all new shelters and supportive housing to be exempted from a key environmental law that has been used to restrict development, similar to a pilot project currently underway in Los Angeles County.

Newsom also signaled his support for the creation of a significant, permanent stream of revenue focused on curtailing homelessness, an idea that some in Sacramento say could require a tax increase.

“We’re going to need significant, sustainable revenue,” Newsom told lawmakers. “I pledge to work closely with you to identify where this ongoing revenue will come from. But we’ve got to find it to provide the safer, cleaner streets that communities we represent deserve.”

As the applause washed over Newsom inside the Democrat-controlled state Capitol, President Trump, one of Newsom’s harshest critics, was a few hundred miles south on a campaign swing through California. Trump has long used the state’s homelessness crisis as a cudgel against Newsom and California’s Democratic leaders, and the president has threatened federal intervention if the governor fails to take action.

In his speech, Newsom dismissed Trump as being more interested in scoring political points than providing meaningful assistance to those living on the streets, namely through federal housing assistance from the U.S. Department of Housing and Urban Development.

“California has and will continue to extend its hand of partnership to Washington, seeking to jointly address this issue,” Newsom said. “But empty words and symbolic gestures won’t mask a 15% across-the-board cut to HUD’s budget.”

In his address, Newsom tried to deflect criticism that California’s Democratic leadership was solely responsible for 150,000 residents living in the streets, in cars and any other place they can find shelter.

He provided a lengthy history on the causes of California’s homelessness crisis, reaching back to national “de-institutionalization” of the mentally ill that began the 1940s, and cuts to essential safety net programs throughout the 1980s and 1990s. He noted today’s homeless population is down by 35,000 people from the number of those living on the streets in 2005, when Republican Arnold Schwarzenegger was governor.

“In a politically polarized world, liberals and conservatives blame one another for these failures. Historically speaking, though, both are right. It’s time to stop pointing fingers and join hands,” Newsom said.

The governor‘s address retained flourishes of the sunny optimism from his inaugural speech a year ago, when he called California’s robust economy and healthy job growth the envy of the nation. He said California continues to serve as a haven for opportunity and innovation.

Still, the 40 minute-long speech was marked by a sober tone and an acknowledgment that despite California being home to the fifth-largest economy in the world, the state faces daunting challenges, a reality that greeted Newsom almost immediately when he took office.

Pacific Gas & Electric, the state’s largest utility, descended into bankruptcy during Newsom’s first month in office and, months later, blackouts put millions of residents in the dark during the height of fire season. Disasters also struck the state: a 7.1-magnitude earthquake in July that rocked the high desert north of Los Angeles, and a wildfire in October that scorched the Northern California wine country.

Despite a string of notable successes, Newsom’s first year in office was tarnished in part by what critics described as an undisciplined and impatient governing style. He was accused of trying to accomplish too much too soon, impeding his ability to address the state’s biggest issues: the lack of affordable housing, a demand for better healthcare and a homeless crisis that has left few cities and counties untouched.

In Wednesday’s State of the State address, Newsom tried to send a message that his second year in office would have a much clearer focus, with combating homelessness being his administration top priority.

California is home to more than 150,000 homeless people, nearly a quarter of the nation’s total. According to opinion polls, homelessness is the top issue that residents want the governor and state Legislature to address.

Newsom has vowed to take quick action, and, along with $1 billion set aside in recent years to alleviate the crisis, he added an additional $750 million in the proposed budget for this fiscal year to increase housing and shelter options throughout the state.

But the Legislative Analyst’s Office said in a report released earlier this month that Newsom’s plan “falls short of articulating a clear strategy” and as a result could potentially have little impact on addressing the crisis. Unsure if Newsom can deliver on his promises, state lawmakers are also crafting proposals, including a plan that would set aside $2 billion annually to combat homelessness as opposed to governor’s $750 million in one-time funding.

The stream of money aimed at helping Californians get off the streets served as a reminder of the degree to which the state’s finances have recovered from the Great Recession, an era of seemingly insurmountable deficits leaving a tattered safety net for Californians flattened by the economic downturn.

Since taking office, Newsom has taken full advantage of the state’s good fortune.

Newsom has made lowering prescription drug costs a key part of his healthcare agenda. On his first day in office, he said he would launch a statewide bulk purchasing program to lower the cost of prescription drugs, a plan that is still in its early phases of development. This year, Newsom proposed a plan for California to begin selling its own brand of generic prescription drugs to reduce rising healthcare costs, though details on how the state would execute the program have not yet been released.

The governor, who voiced strong support for a universal healthcare system while running for office, also made what he called a “down-payment” on such a plan by expanding Medi-Cal to immigrants in the state without legal status who are younger than 26. With that expansion signed into law, Newsom embraced a plan this year to offer Medi-Cal to seniors without legal status.