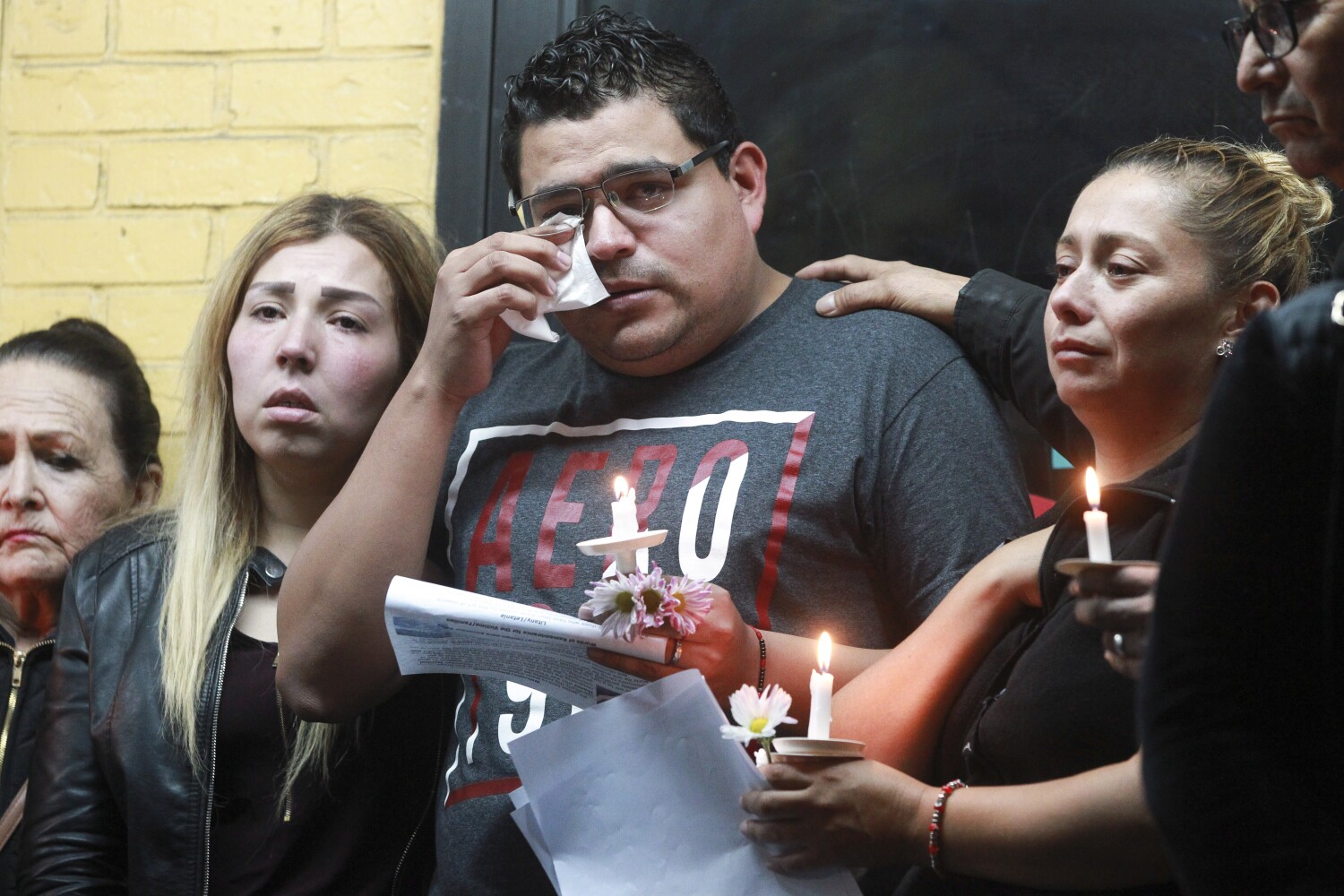 More than 100 people turned out Friday for a candlelight vigil in honor of a Church’s Chicken employee who was fatally shot after she turned away a customer who tried to pay for an order with a $100 bill, citing a company policy against accepting large bills.

“I don’t know how it could have been prevented,” San Diego Police Capt. Manny Del Toro told the crowd during the vigil for Maribel Merino Ibañez, the 28-year-old longtime employee. He called the shooting a “senseless act.”

Two other Church’s Chicken employees were wounded by gunfire in the Wednesday evening attack, authorities said. One was treated by doctors and released Thursday; the other is hospitalized in stable condition.

The shooter remains at large, though Del Toro promised the victim’s family and community members gathered at the vigil that the “homicide unit is working very, very hard to try to bring this person to justice.”

Police and witnesses said Ibañez refused a customer who tried to pay for an order with a $100 bill because of the company’s policy regarding large denominations.

The man left, but returned a short time later and opened fire on four employees, police said. Ibañez and two men were struck by the gunfire. A fourth employee, who was not injured, described diving to the ground to avoid being shot.

Ibañez died of her injuries that evening.

At the vigil outside the still-shuttered Church’s restaurant on Friday night, her older sister, 30-year-old Gabriela Merino, broke down sobbing after uttering just a few words.

“She was a marvelous wife,” Mendoza said in Spanish. “She was a very, very good woman. I’m always going to have her in my heart and my thoughts.”

Other family members, including the victim’s mother and uncle, gave thanks to those who gathered to honor Ibañez.

“I have to thank you [from my] heart for being here tonight and not leaving me alone,” Emma Merino told those mourning her daughter. “I have a lot of pain in my heart.”

San Diego police are still searching for the gunman. He was described as a thin, black man in his 30s, about 6 feet 1. He was last seen wearing a blue Chargers beanie, basketball shorts and a light blue sweater.

The gunman was last seen driving north from the Del Sol Boulevard restaurant on Picador Boulevard in a blue car.

Tasha Williamson, a San Diego mayoral candidate and co-founder of the San Diego Compassion Project, which responds to help grieving families who have lost loved ones to violence, implored anyone with information about the shooting to contact authorities.

Anyone with information about the shooter or information relevant to the investigation was asked to call homicide detectives at (619) 531-2293 or Crime Stoppers’ anonymous tip line at (888) 580-8477.