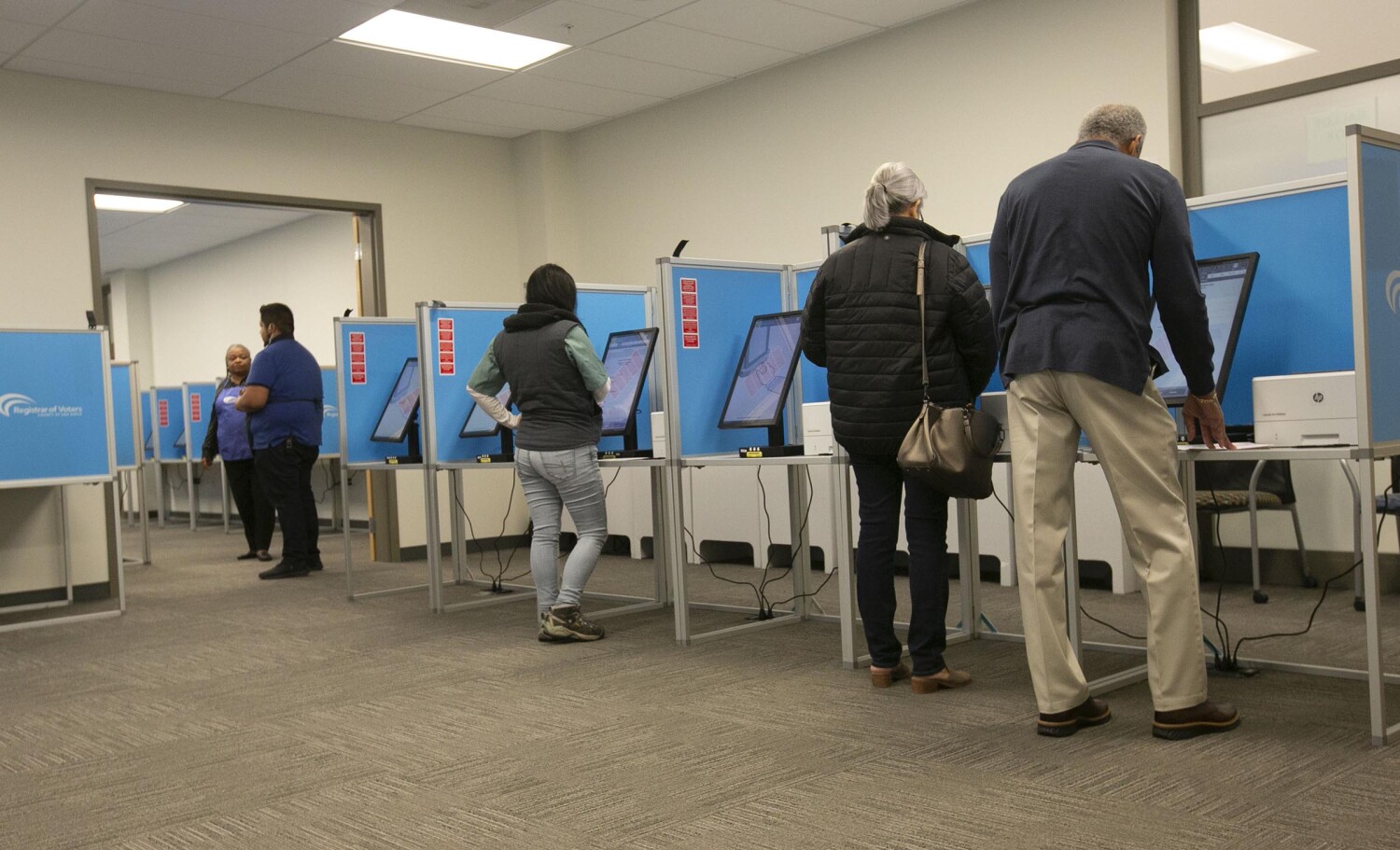 In an effort to stop the spread of coronavirus, officials in Washington are asking voters not to lick the envelopes used for mail-in ballots in the state, which has become the epicenter of the nation’s COVID-19 outbreak.

Washington, which will hold its primary next Tuesday, offers only mail-in ballots. That means officials don’t have to contend with germ-ridden polling booths, but vote-by-mail comes with its own concerns.

“We are recommending that voters, instead of licking their envelopes, they use a wet sponge or cloth to seal them,” said Kylee Zabel, spokeswoman for the Washington secretary of state’s office.

Zabel said the recommendations come from state public health officials. Washington has more cases of the novel coronavirus than anywhere else in the nation, with nine deaths as of Wednesday. Many of the cases and fatalities are linked to an outbreak at a nursing home in Kirkland, a Seattle suburb.

Coronavirus is believed to be spread through droplets of saliva and mucus containing the virus that are released when sick people cough, sneeze or talk. It is unclear how long the virus can last on surfaces, but some experts have suggested it could survive for many days.

Zabel said that election workers, who began counting ballots this week, should always wear gloves while opening the forms. Officials sent a reminder Sunday about being diligent with precautions in light of the recent outbreak, she said.

She said voters are being encouraged to use drop boxes around the city to deposit their ballots, instead of visiting the post office. A post office 30 miles south of Seattle closed recently after an employee tested positive for COVID-19, she said.

In San Mateo County, which has one reported case of the coronavirus, fears about the disease may have stopped some people from visiting their polling place, said Jim Irizarry, the county’s assistant chief elections officer.

Irizarry said he informed voters that hand sanitizer and disinfectant wipes would be available, but he suspects some people weren’t convinced.

“I think people are so cautious that there’s a percentage of the voting public that’s probably not visiting a vote center,” Irizarry said Tuesday night.

He noted that everyone in the county was mailed a ballot that could be deposited in drop boxes, instead of visiting a polling place, adding that he hoped voters took advantage of that option.

Tuesday marked a day of grim milestones, with more coronavirus deaths tied to a nursing home in Washington state, a new quarantine in the suburbs of New York City and a warning that many more cases were coming. Los Angeles reported one new case and Orange County two.

“I want them to be prepared for the reality that they, there are going to be more cases in the community,” said Robert Redfield, director of the Centers for Disease Control and Prevention. “But I want them to continue their daily lives. I want them to be mindful of the opportunity again to prepare themselves and their families.”

The World Health Organization announced Tuesday the global mortality rate from coronavirus was 3.4%. The death rate so far — which includes more than 3,000 deaths — is many times higher than the mortality rate of the seasonal flu, which is 0.1%. WHO Director-General Tedros Adhanom Ghebreyesus said that is at least partly because COVID-19 is a new disease, and no one has built up an immunity to it.

Still, he and other health officials said there was still time to slow the spread of the virus.

Officials say they have learned the coronavirus is less transmissible than the flu, which is often spread by people who are infected but don’t have symptoms. That doesn’t seem to be the case for COVID-19, he said.

“There are not yet any vaccines or therapeutics … which is why we must do everything we can to contain it,” Tedros said.