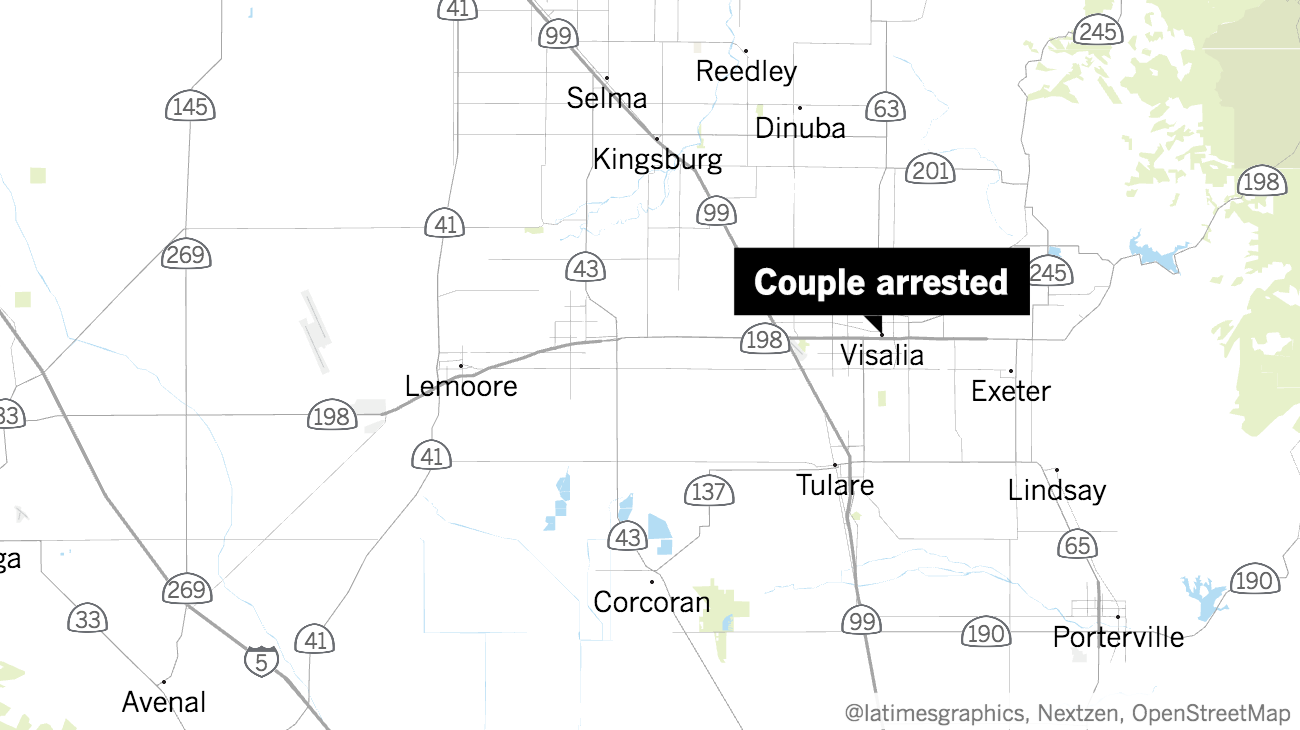 For months, police said, a Visalia, Calif., couple left a bicycle unattended outside their home in order to bait passersby into stealing it. Once someone took the bike, the couple would run from their home and, on at least four occasions, police said, beat the person with a baseball bat.

Visalia police arrested the couple Wednesday. They face charges of assault with a deadly weapon and conspiracy.

Police say Corey Curnutt, 25, and Savannah Grillot, 29, posted videos of the assaults to YouTube from July through November. Video shows the unattended bike in the front of the house. In two instances, a person takes the bicycle off the property. Once that person reaches the sidewalk, two people identified by police as Curnett and Grillot run from their home with a baseball bat in hand.

A neighbor told KSEE-TV that, on occasion, the assaults happened almost nightly.

Local media reported that Grillot is a sailor who has been assigned to Naval Air Station Lemoore. A Navy spokesperson was not immediately available to confirm that information with The Times.

A GoFundMe page shared on Curnutt’s Facebook page said that after the couple’s car window was busted and money was stolen, followed later by the theft of their son’s bicycle and other items, law enforcement was contacted but no arrests were made.

“They decided to use a scare tactic in effort to convince people to stop stealing from them,” the page reads.

Anyone with further information about the case is asked to contact Det. James Cummings at (559) 713-4722.