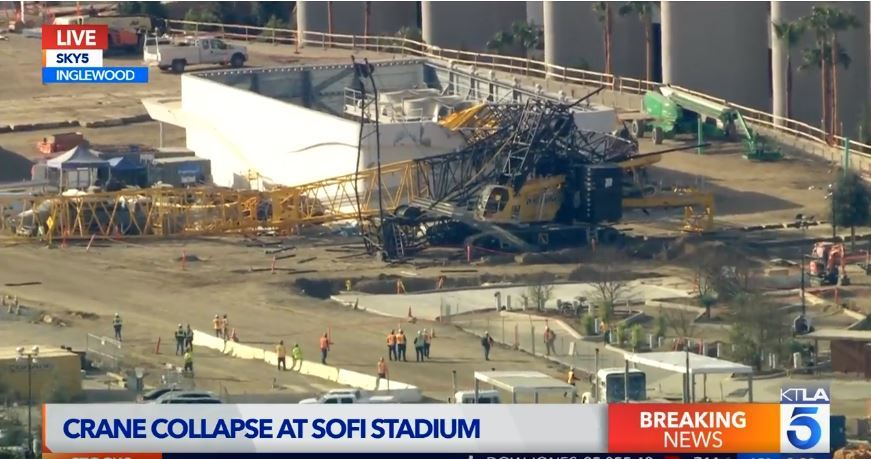 Authorities are investigating the collapse of a crane at the construction site of SoFi Stadium in Inglewood.

The Los Angeles County Fire Department received a report of the collapse of a large crane shortly before 8 a.m. in the 1000 block of South Prairie Avenue, Marvin Lim, a department spokesman, said Friday.

No injuries were reported, he said.

Video from the scene appeared to show that the crane fell into a dirt lot next to the stadium, not far from a parking lot.

It wasn’t immediately clear what caused the crane to collapse.

SoFi Stadium, the new, 70,000-seat home of the Rams and Chargers, is set to open with a Taylor Swift concert in late July. At an estimated cost of $5 billion, it ranks as the priciest venue — by far — in NFL history.