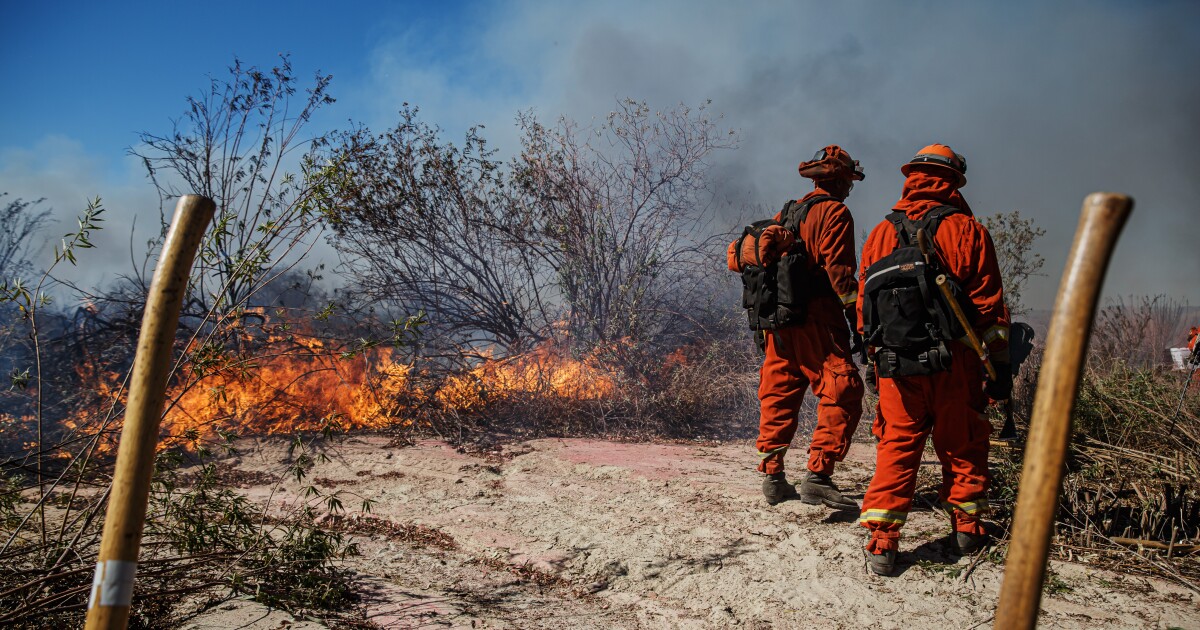 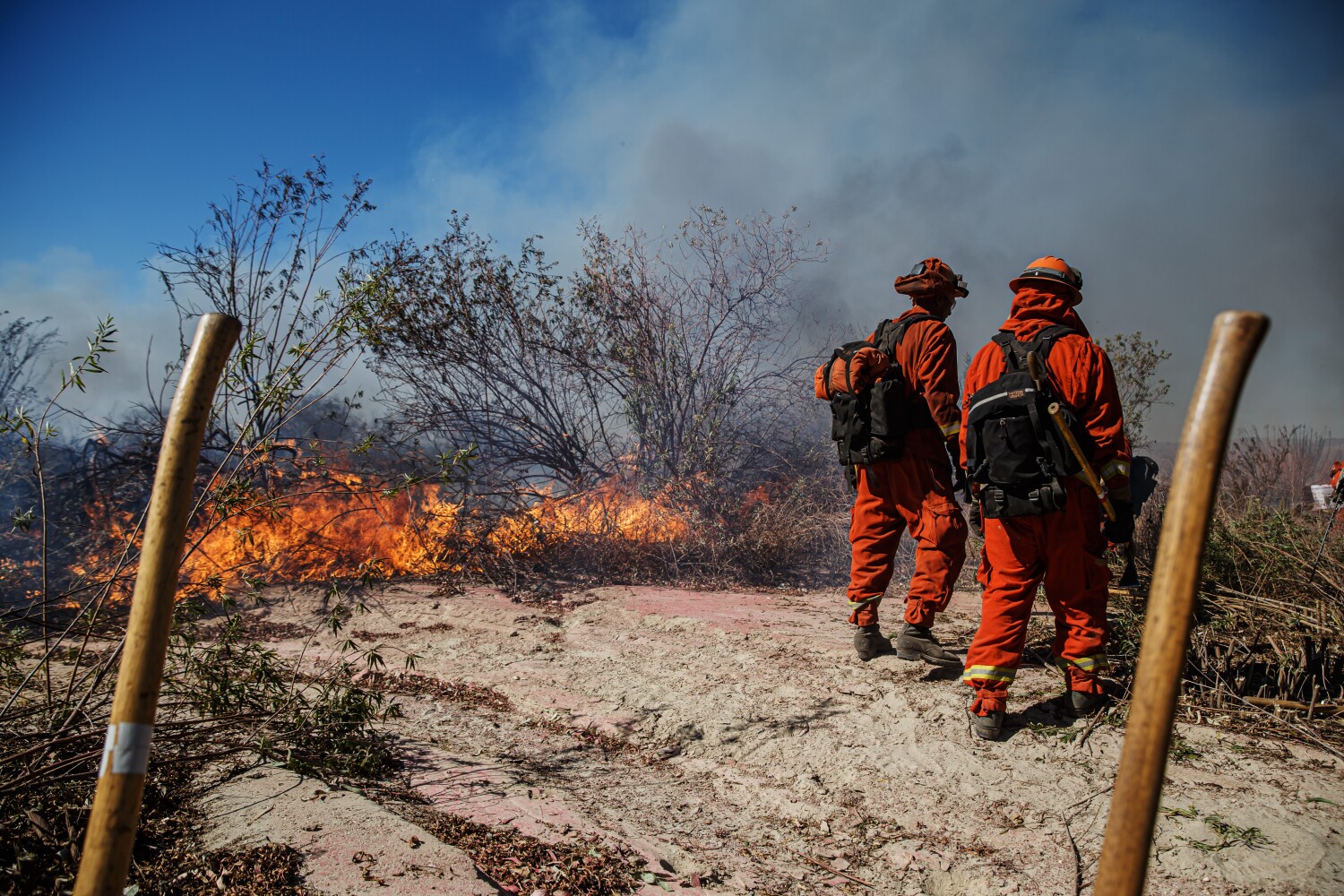 Dangerous fire weather conditions for the windiest areas of Los Angeles and Ventura counties have entered its fourth day, with forecasters extending red flag warnings through at least Saturday evening.

Santa Ana winds have weakened considerably since the middle of the week, but the National Weather Service is warning that the air is still dangerously dry, with relative humidity across the region less than 10% and peak gusts in some valleys and inland mountains of L.A. and Ventura counties still expected to hit up to 35 mph.

That was strong enough to extend red-flag warnings, which sound the alarm for high winds, dry air and parched vegetation that increases the risk of rapid spread of wildfire.

Winds from the northeast — bringing cold, dry air from the deserts of Utah and Nevada — are forecast to continue weakening through Saturday night. Forecasters warned there’s a small chance dangerous fire weather conditions could persist into Sunday.

“As recent fire activity has shown, this remains a dangerous environment for fire growth, even with weaker winds than earlier this week,” the weather service said.

Dangerous fire conditions have been present in L.A. and Ventura counties since 11 p.m. Tuesday, with a top wind gust of 78 mph recorded in the Santa Monica Mountains on Wednesday.

Unless it’s canceled early, this period of dangerous fire weather would be at least 91 hours long. That’s unusually long for a red flag warning; most last one or two days, according to the weather service.

On Thursday evening, the Maria fire broke out in Ventura County just south of Santa Paula and rapidly spread. By Friday afternoon, the fire had calmed and the threat to Santa Paula had diminished. But the evacuations were still in place.

The cause was unknown. Southern California Edison told regulators Friday that it had reenergized a 16,000-volt power line 13 minutes before the fire broke out. Edison had earlier turned off the line because of strong winds.

The fire had burned 9,400 acres with no containment as of early Friday afternoon.

The Maria fire broke out as crews battled multiple fires across Southern California, including blazes in San Bernardino and Jurupa Valley that together burned hundreds of acres and prompted thousands of residents to flee their homes. Ventura County has already been dealing with the Easy fire, which started Wednesday and threatened the Ronald Reagan Presidential Library. That fire has burned 1,700 acres.