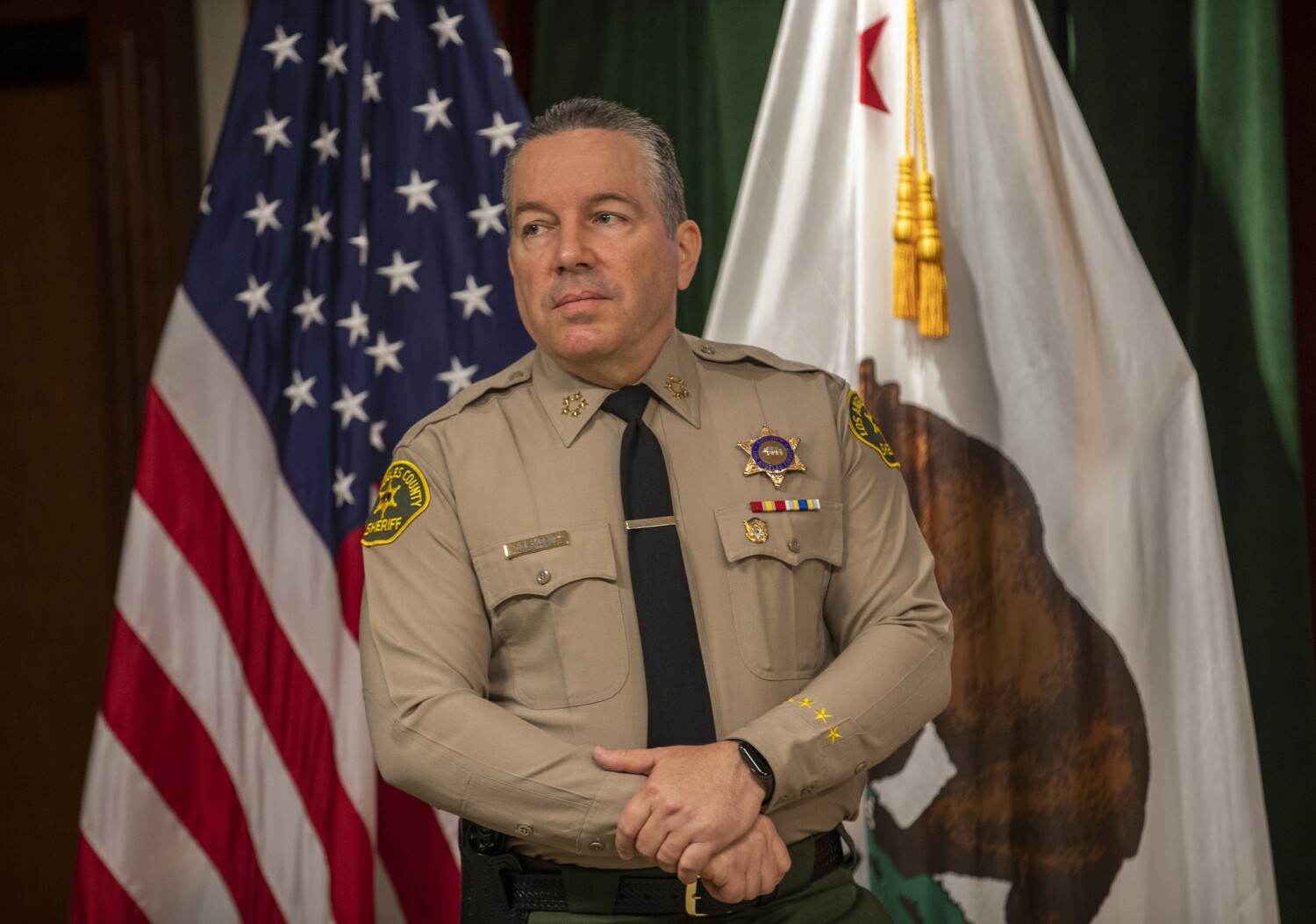 The Los Angeles County district attorney’s office said Tuesday it is reviewing allegations that Sheriff Alex Villanueva falsely reported a crime when he accused the county’s former chief executive of violating conflict-of-interest laws in a referral to the state attorney general’s office.

“I am writing to report this conduct and to ask that you investigate and prosecute it as appropriate,” Middleton wrote.

“We will review the allegations to determine whether a crime was committed,” Risling told The Times.

It is not unusual for prosecutors to review a formal complaint against a public official.

“The circumstances under which this allegation came to light were highly suspicious, and a report was written regarding the facts known at the time,” he said referring to Villanueva’s conflict-of-interest accusations against Hamai. “One of the primary roles of the California attorney general is to investigate and prosecute cases in which a conflict of interest arises between the investigatory agency and the parties involved.”

It’s the latest development in a lengthy series of clashes and tense relations between Villanueva and other county leaders since he took office in December 2018.

The saga began in July, when Villanueva fielded a question from his wife, Vivian, during a live Facebook broadcast about the propriety of Hamai’s position on the board of the United Way of Greater Los Angeles.

The nonprofit helped push a proposal to the Board of Supervisors that would redirect 10% of the county’s general fund — which includes part of the Sheriff’s Department’s budget — to better address the needs of low-income residents in underresourced communities. Hamai had stepped down from the United Way board before the supervisors’ vote on the proposal to avoid the appearance of any conflict.

“Hey, Viv, sweet pea,” Villanueva responded before reading aloud his wife’s question. “Apparently it is a felony if you’re receiving money from United Way and you’re on the board, or you’re a county officer and you’re voting on a measure or you’re facilitating a measure which you stand to gain from your position on the other third party. That is a felony.”

Villanueva then cited a government code.

The next day, Skip Miller, an attorney representing Hamai and the county, said in a letter to Villanueva that his “malicious lies” amounted to defamation and threatened legal action. He said Hamai had no financial interest in United Way, serving as an unpaid member of the board.

Middleton reported to Lacey that after Villanueva received this information, the sheriff advised the Board of Supervisors of a criminal inquiry referred to the attorney general concerning a subordinate. The department’s letter to board members said the potential charges included breach of public duty, conflicts-of-interest disclosure and a public official with a financial interest attempting to influence a political decision.

“It is clear that the subordinate referenced in the letters is CEO Sachi Hamai and that Sheriff Villanueva is doubling down on his prior Facebook Live comments,” Middleton wrote to Lacey. “Here, after being put on notice that his Facebook comments accusing CEO Hamai of having committed a felony were demonstrably false, Sheriff Villanueva reported to the Attorney General that she had violated three different statutes.”

He added: “Sheriff Villanueva made the criminal referral and the report to the Board of Supervisors knowing that Ms. Hamai had no financial interest in United Way or the ballot measure it supported, and that therefore, no crime had been committed.”

Hamai retired in August, when she secured a $1.5-million settlement and full-time private security to address concerns for her personal safety after a county attorney alleged she faced months of “unrelenting and brutal” harassment from Villanueva.

Villanueva criticized the settlement, noting it came at a time when the Sheriff’s Department is facing budget cuts and potential layoffs.

“Settling CEO Hamai’s allegations without a legitimate inquiry, bypassing standard procedure, gives the appearance of an illegal gift of public funds,” Villanueva said in a statement at the time. “This appears to be a gross mismanagement of tax-payer dollars during a pandemic where millions of Southern Californians are struggling to pay their rent, keep their healthcare insurance, maintain a job, and more importantly survive the COVID-19 pandemic.”

Satterfield said Tuesday that the board’s attorneys have “yet to provide any documentation to explain the possible gift of $1.5M to outgoing CEO Hamai, or the circumstances related to her premature departure from county service, nine years before the age other county personnel normally retire.”