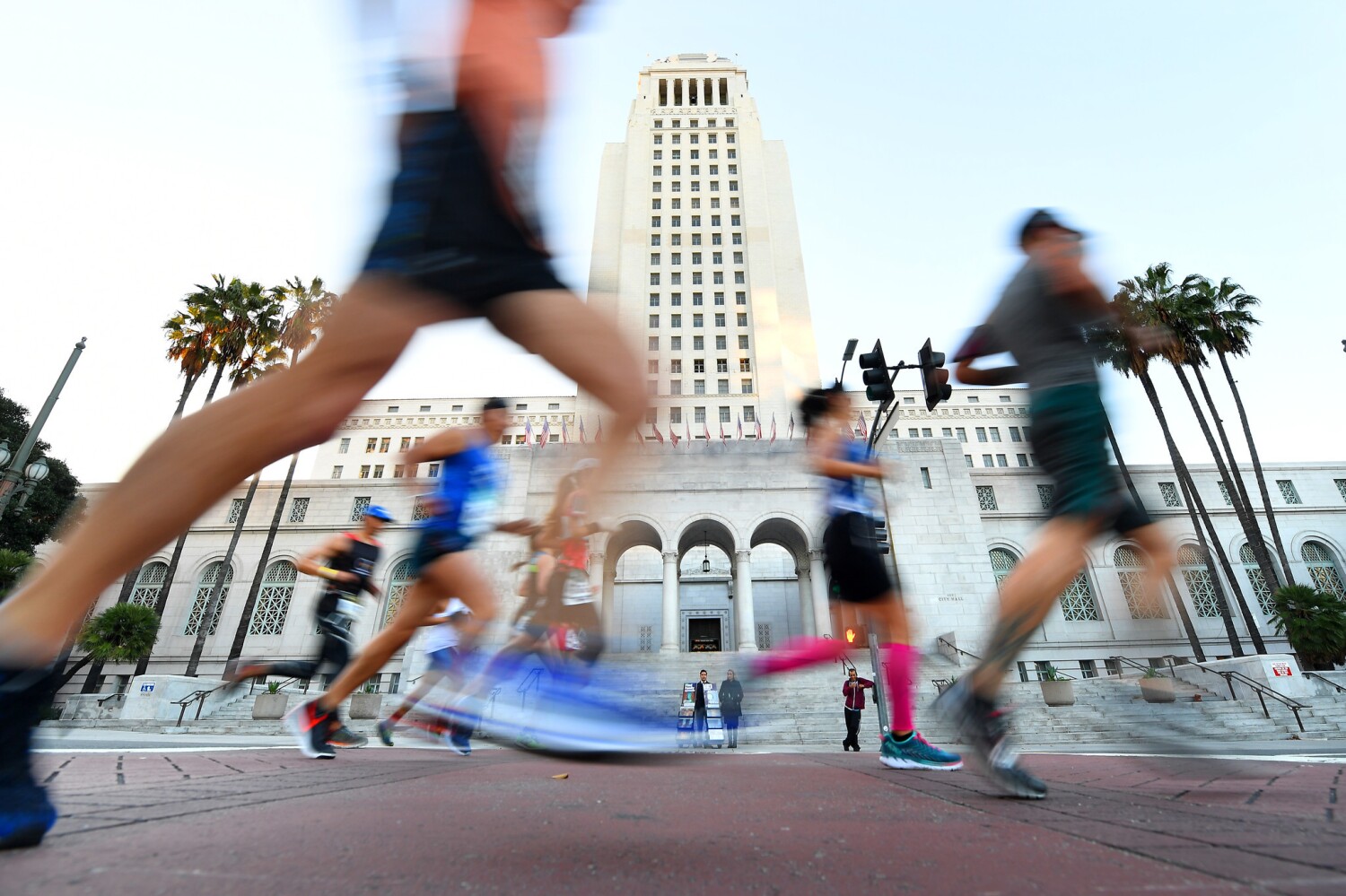 As the Los Angeles Marathon approaches, some athletes and city residents are worried that the race could be a hotbed for the spread of the novel coronavirus.

The marathon, scheduled for Sunday, is one of the largest in the country. Runners traverse the city, starting at Dodger Stadium and ending near the Santa Monica Pier.

This year, roughly 27,000 athletes have registered from all 50 states and more than 78 countries, according to the marathon’s website. That total doesn’t include the thousands of volunteers and others who watch from the sidelines each year.

Many have raised questions about whether the marathon will continue given the spread of coronavirus cases in the United States. More than 100 cases of the virus have been diagnosed nationwide, with 90,000 cases around the world.

In California, the state’s first coronavirus-related death was announced Wednesday as the number of cases continue to rise.

L.A. County officials confirmed Wednesday that there have been a total of seven cases of the virus in the county, all linked to travel, and announced a public health emergency to ensure that aid from the state and other counties may be obtained if needed. Tests so far have not indicated that the virus is spreading in the community, officials said.

County officials have discussed the possibility of banning spectators from attending sporting events in Southern California, but so far, the L.A. Marathon is scheduled to proceed as planned.

The Paris Half Marathon was canceled Saturday as cases mounted in Europe. The Seoul Marathon, originally scheduled for later this month, also has been indefinitely postponed. Other marathon organizers have asked only elite runners to participate in their races in order to reduce crowds.

L.A. County‘s health officer, Dr. Muntu Davis, said officials have been discussing precautionary measures with marathon organizers to make sure there are places for people to wash their hands and for medical staff to evaluate whether people are ill.

“When we look at the relatively small number of cases in the U.S., the risk of exposure for those who are here to this virus is relatively low,” Davis said at a L.A. City Council meeting on Wednesday.

Davis said the most important recommendation is that people stay home if they are sick, so as to not infect others.

Jason Redmond, 45, plans to fly from Seattle to L.A. to run his first marathon this weekend. He and a childhood friend agreed to jog the course together.

He said that he had been monitoring updates from the L.A. Marathon to see if he needed to cancel his trip. The virus is most dangerous for people who are elderly or have underlying health conditions, experts say.

“For someone like me, I’m not at great risk,” said Redmond, a freelance photographer. “I feel like in my situation, I’m OK doing the marathon, but I worry about other people.”

At the L.A. City Council meeting, Councilman Mike Bonin raised concerns about people traveling to L.A. for the marathon from other parts of the world. Major coronavirus outbreaks have been reported in China, Italy and South Korea.

Davis said that travelers will be screened at the airport. People flying in from countries such as China and Italy “probably would not, based on their risk assessment at the airport, be able to participate,” he said.

Other large events and conferences have been canceled by organizers who did not want to worry about having to mitigate the risk of spread of the virus, Davis said. In rare circumstances, health departments have shut down events because of a known risk, he said.

“Given what we’ve seen based on the screening that’s happening, based on the numbers that we understand. based on areas of community transmission in the U.S. … the risk to the general public is still deemed as low in the U.S.,” Davis said. “I wish I had a crystal ball.”

Redmond, who used to live in Echo Park, said his goal is just to finish the marathon, and he’s looking forward to it.

“It’s just one of those things I’ve been excited to do, but I’m also nervous,” he said.