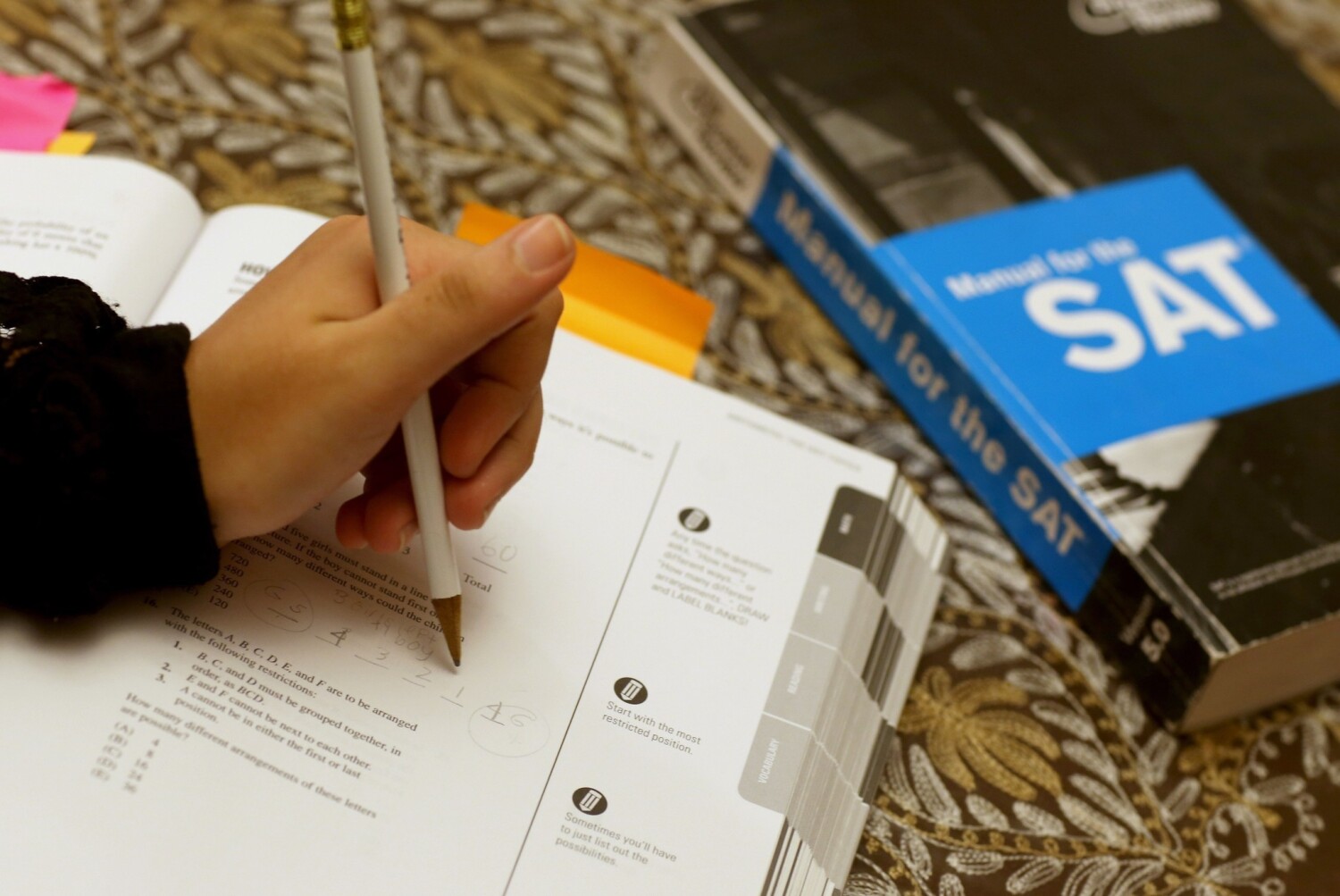 The chancellors of UC Berkeley and UC Santa Cruz, along with the University of California’s chief academic officer, said they support dropping the SAT and ACT as an admission requirement — stances certain to fuel the growing national movement against the tests as an unfair barrier to college entry for underserved students.

UC Berkeley Chancellor Carol T. Christ and UC Provost Michael Brown said at a forum on college admissions Friday that research has convinced them that performance on the SAT and ACT is so strongly influenced by family income, parents’ education and race that using them for high-stakes admissions decisions is simply wrong.

“They really contribute to the inequities of our system,” Christ said at the Berkeley forum, sponsored by the Policy Analysis for California Education research center and the UC Berkeley Graduate School of Education.

Brown said he was not opposed to all standardized tests but objects to tests like the SAT and ACT because their results compare students against one another in a way designed to produce high and low scores. He prefers standardized tests that measure students by how much they’ve mastered prescribed academic content. One such test is Smarter Balanced, which is used in California to assess 11th-graders on the state’s Common Core curriculum, but Brown said he would prefer a test more closely linked to the content of courses required for UC admission.

Separately, UC Santa Cruz Chancellor Cynthia K. Larive also said Friday that she supported dropping the testing requirement. “At Santa Cruz, we use holistic admissions to try to evaluate the student within a broader context, which cannot be simply reduced to a number,” she told The Times.

The positions announced by some of the most influential higher-education leaders in California came as the UC system and California State University are reviewing whether to drop SAT and ACT test scores as admissions requirements.

A decision by the two systems to drop the tests would have an outsize influence on the future of standardized testing because they represent a huge share of customers for the nonprofit testing companies.

The 10-campus UC system and 23-campus Cal State system would join more than 1,000 other colleges that have gone testing-optional, with 47 more schools joining in the last 12 months, double the number over last year, according to FairTest, the National Center for Fair and Open Testing.

At the request of UC President Janet Napolitano last year, the Academic Senate convened a task force to analyze the research on standardized testing and make recommendations on whether to retain the tests. The group expects to issue a preliminary report early next year.

Although the SAT and ACT are somewhat predictive of college performance, particularly at selective universities, high school grades are the strongest single predictor of student success, research shows.

At the Berkeley forum, Jessica Howell, vice president of research with the College Board, which owns the SAT, pushed back at criticism of standardized tests, saying they merely reflect underlying social and educational inequities. The testing organization has developed a tool to help colleges understand the socioeconomic characteristics of high schools and neighborhoods where test-takers come from, helping them place the scores in proper context.

“We shouldn’t stop using them because we don’t like what we see,” Howell said of the tests.

She added that a greater reliance on high school grades in the name of equity was “misguided” because research has shown that grade inflation occurs more often at affluent schools.

Educators at the forum also discussed how to better coordinate the K-12 system with the state’s colleges and universities, ways to address the burgeoning demand for seats at UC and Cal State schools and steps to make the educational system more equitable.

Provost Brown, for instance, said the failure of some California high schools to offer the full slate of courses required for UC admission is a bigger barrier to entry for underserved students than the SAT and ACT. Closer oversight of schools and more state funding to hire more teachers to offer the required classes are needed, he said.

Some educators urged efforts to revive affirmative action, which was banned in California by Proposition 209 in 1996. They noted that efforts to admit more low-income and first-generation students have not fully succeeded in making sure college populations reflect the state’s diversity.

But standardized testing was the major topic of interest.

Some researchers, such as Saul Geiser of UC Berkeley and Michal Kurlaender of UC Davis, support switching from the SAT and ACT to the Smarter Balanced tests as an admissions requirement because the latter test is equally predictive of college performance with far less discriminatory effect on disadvantaged students.

In her remarks, Christ said she was provost at UC Berkeley when Proposition 209 passed. That change, she said, forced the university to use a “formulaic” and “terrible” admissions approach that amounted to selecting students in descending order of SAT scores — favoring some students over others for largely insignificant differences.

When she became president of Smith College in 2002, she eliminated the SAT requirement. As a result, she said, the applicant pool grew both in size and diversity with no decline in quality of students. In fact, she said, the college’s average SAT score rose because those who did well submitted scores while others did not.

She said Smith was able to make quality admissions decisions using high school records alone. “That is a much better predictor of success than are test scores,” she told The Times after her remarks.

Other UC chancellors could not be reached Friday for comment about standardized testing, but UCLA issued a statement saying officials there would wait for the Academic Senate’s analysis before weighing in on the question.

Some of the UC system‘s 26 voting regents have expressed deep skepticism or outright opposition to the continued use of the SAT and ACT, including Chairman John A. Pérez, Vice Chairwoman Cecilia Estolano and Regent Eloy Ortiz Oakley.

“The initial information that I’ve seen shows that the highest predictive value of an SAT isn’t in how well a student will do in school, but how well they were able to avail themselves of prep material,” Pérez recently told The Times. “And access to that prep material is still disproportionately tied to family income. So if you have material available but no pathway to avail yourself of it, that’s not particularly meaningful.”