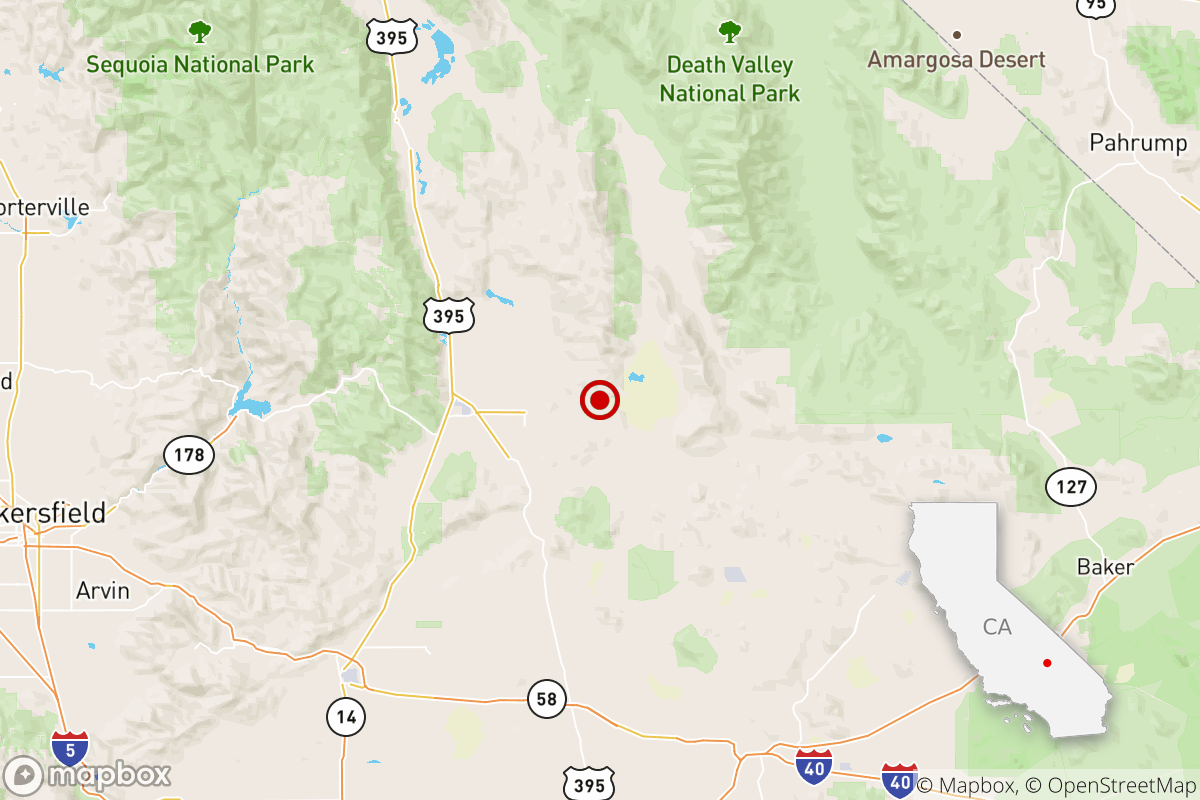 A magnitude 3.1 earthquake was reported at 9:16 a.m. Tuesday eight miles from Ridgecrest, Calif., according to the U.S. Geological Survey.

The earthquake occurred 29 miles from California City, 57 miles from Barstow, 64 miles from Tehachapi, Calif., and 65 miles from Rosamond, Calif..

In the past 10 days, there have been four earthquakes of magnitude 3.0 or greater centered nearby.

An average of 234 earthquakes with magnitudes of 3.0 to 4.0 occur each year in California and Nevada, according to a recent three-year data sample.

The earthquake occurred at a depth of 2.0 miles. Did you feel this earthquake? Consider reporting what you felt to the USGS.