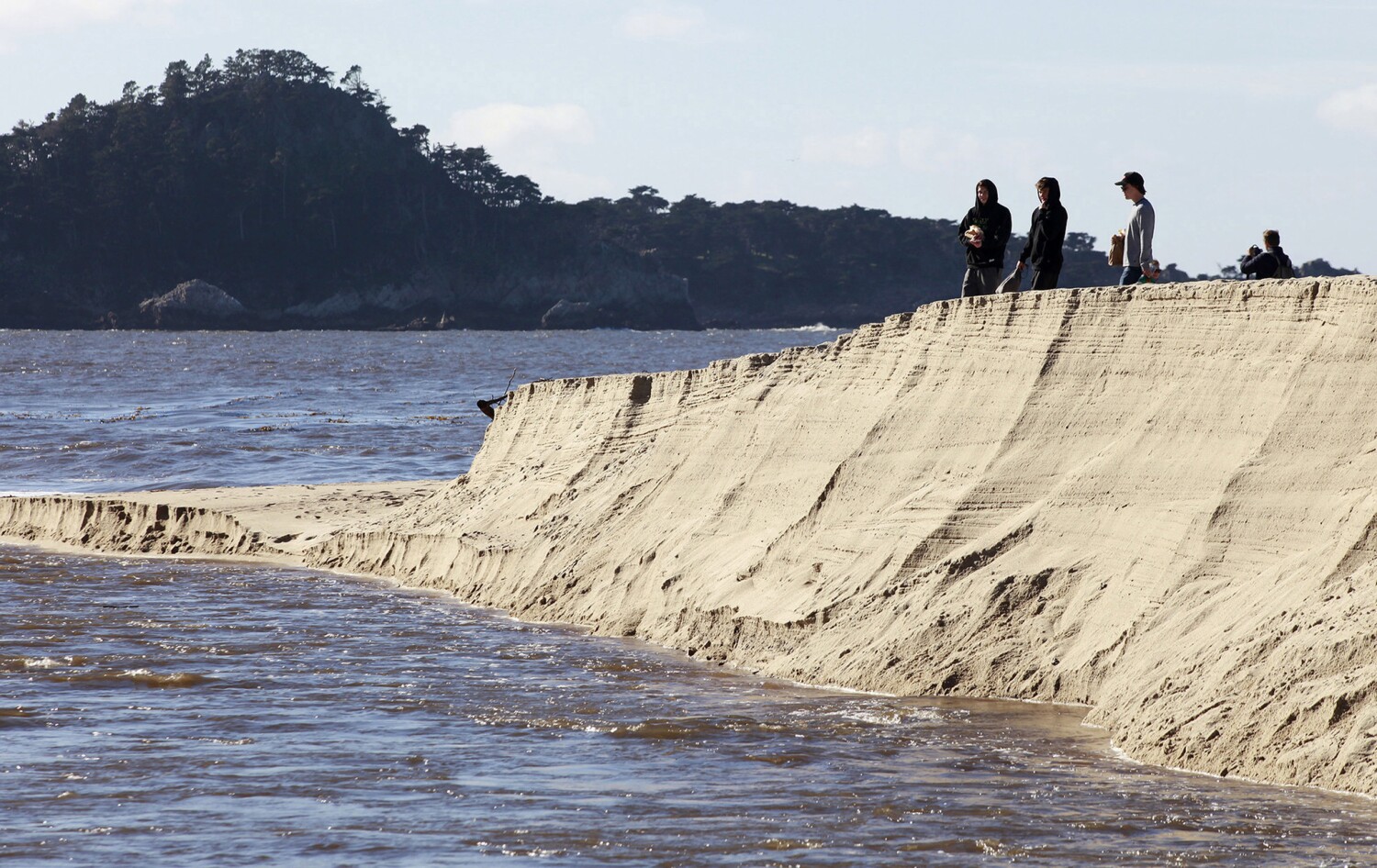 A father died Christmas Eve while trying to save his young daughter from the clutches of the ocean in Carmel, authorities said.

The California Department of Forestry and Fire Protection received a call at 12:28 p.m. Tuesday that two swimmers had been washed out to sea at Carmel River State Beach. A father and daughter had been playing in the lagoon near the rest of their family when the current swept the girl’s inflatable raft toward the mouth of the Carmel River and into the ocean, officials said.

Rescue boats found the girl about half a mile away about 20 minutes later and transported her to a local hospital, where she was treated for hypothermia and exposure. The girl’s father was found nearly an hour and half after his daughter. He was unresponsive and was pronounced dead after being taken to a hospital.

Heavy rains on Monday had filled the lagoon, according to George Nunez, assistant chief of the Southern Division of the San Benito/Monterey Cal Fire unit. But beachgoers had not been deterred from visiting the area.

Nunez said despite the winter weather, it’s not uncommon for people to visit the beach, which is about a mile south of downtown Carmel. About 20 other visitors were in the vicinity during the search for the missing swimmers, he said.

“I’m sure there will be additional PSAs coming regarding the current,” Nunez said. “We’ll take what we can from this to shore up safety down there.”

A note on the California Beaches website warned beachgoers not to swim at Carmel River State Beach because of a dangerous undertow.

Cal Fire was not releasing the names of the dead man or his daughter. Officials from the Monterey County Sheriff’s Office and Coast Guard were not immediately available for comment Thursday.