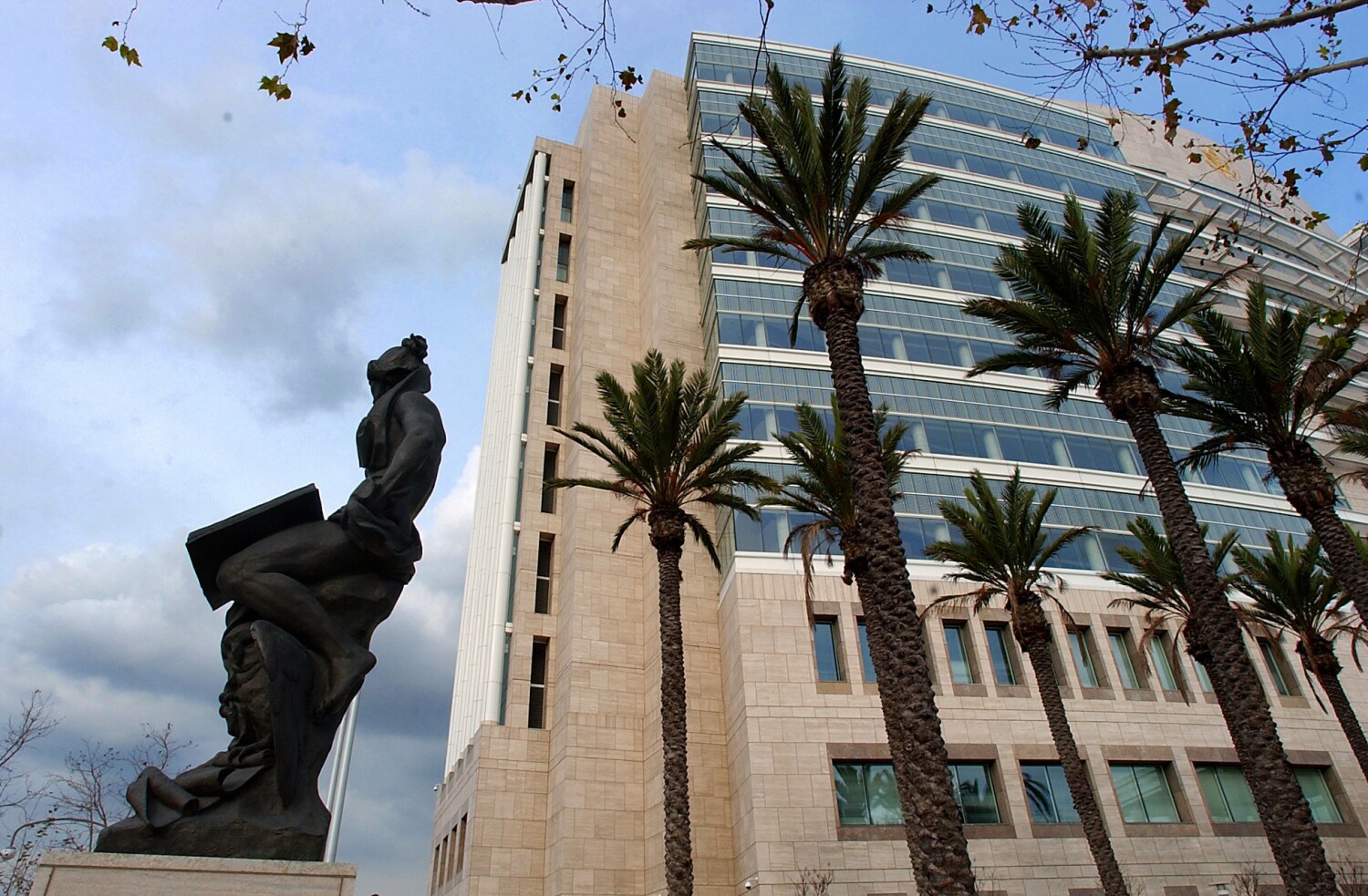 A federal lawsuit filed this week alleges that two Santa Ana employees left two federal detainees locked and chained inside a hot van for four hours after returning the pair from their court hearings.

On April 8, Dongyuan Li, a 41-year-old Chinese citizen, and Romaldo Marchan Delgado, a 56-year-old Mexican citizen, were put in handcuffs, ankle shackles and waist chains, and placed in the back of the transport van after their hearings at the Ronald Reagan Federal Building and U.S. Courthouse for a return trip to the Santa Ana jail, where they were being housed.

Because of the proximity of the federal courthouse to the city jail, the U.S. Marshals Service — which is responsible for housing federal pretrial detainees and certain other federal inmates — contracts with the city of Santa Ana to hold some detainees and inmates at the city’s jail, according to the lawsuit.

After Caroline Contreras, a correctional officer at the jail, parked the van and turned off the engine, she and Officer Ricky Prieto of the Santa Ana Police Department went inside the jail “without a backward glance,” leaving Li and Marchan Delgado inside, the lawsuit reads. The van was left in direct sunlight with the windows rolled up, according to the lawsuit.

As the temperature increased, both “began crying and sweating profusely … they struggled to breathe and wondered why they had been abandoned by the very persons who were charged with ensuring their safety. [Li and Marchan Delgado] eventually began to despair; with no end to their suffering in sight, they believed that they would die in that van,” the lawsuit reads.

Near the four-hour mark, Li saw another Santa Ana police officer walk alongside the van. With little strength left, she banged the side of the van to try to draw the officer’s attention.

Soon, several officers unlocked and opened the van and removed Li and Marchan Delgado. The two were suffering from extreme dehydration and heat exhaustion, drifting in and out of consciousness. They were taken by ambulance to Orange County Global Medical Center, where they remained for about two days.

When they returned to jail, the medical staff refused to provide them “adequate follow-up medical care,” according to the lawsuit.

Neither Prieto nor Contreras could be reached for comment.

A spokesman with the Santa Ana Police Department said he wasn’t familiar with the case and referred The Times to Paul Eakins, the city spokesman. Eakins declined to comment, noting the city doesn’t comment on pending litigation.

Thomas P. O’Brien, an attorney representing Li and Marchan Delgado, said Marchan Delgado was facing charges for returning to the United States after being deported and is serving time in federal prison.

Li was sentenced to 10 months in prison for running a so-called birth tourism scheme that catered to wealthy pregnant foreign nationals, usually from China, helping them travel to the United States and give birth here so their children would receive birthright U.S. citizenship, according to the U.S. Attorney’s Office for the Central District of California. O’Brien said Li has returned to China.

“They were absolutely helpless, chained up in the back of this sweltering van, and both of them, we think, almost died,” O’Brien said. “They’re traumatized to this day, understandably, and we want to find out why it happened and make sure it doesn’t happen to anyone else.”