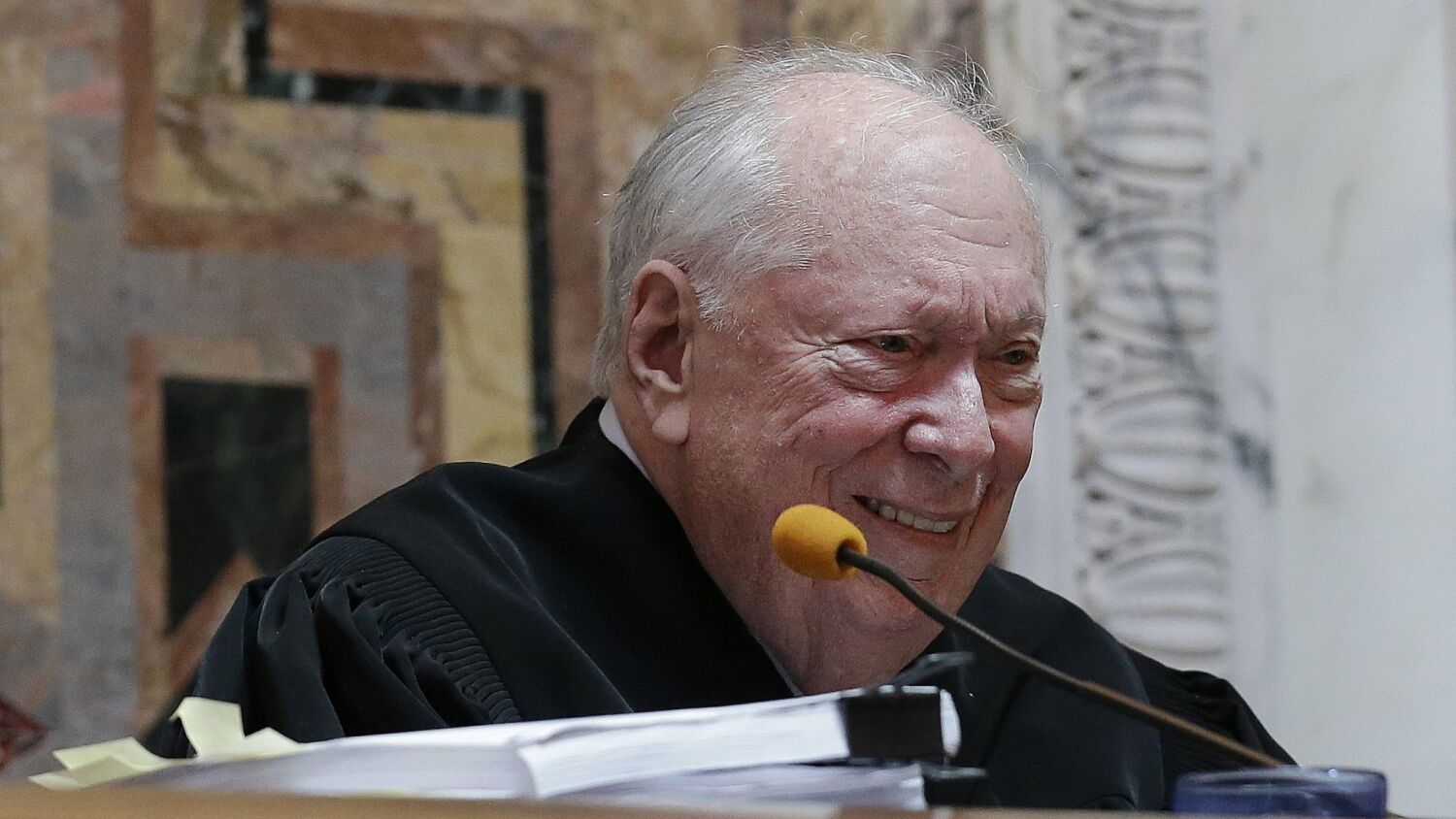 Olivia Warren, who clerked for the judge dubbed the “liberal lion” of the U.S. 9th Circuit Court of Appeals in 2017 and 2018, told a congressional panel last week that Reinhardt often made disparaging comments about her appearance and kept a shelf in his office of photographs of female law clerks he found attractive.

Thursday’s statement of support for Warren was released by Michelle Dauber, a Stanford law professor and former Reinhardt clerk who remained close to him until he died in 2018 at the age of 87.

The statement distributed by Dauber was signed by 72 of 135 men and women who clerked for Reinhardt over his 38 years on the 9th Circuit.

“Some of us experienced or witnessed conduct in chambers that we would call sexist, workplace bullying or mistreatment,” the statement said. “Others did not. Most of us were as shocked as the rest of the world to learn of the clerk’s experience in Judge Reinhardt’s final year.”

The clerks said they believed Warren and expressed gratitude “for her courage in speaking out.”

Dauber, in a telephone interview, said Reinhardt did not sexually harass her but that she experienced “belittling, bullying and sexist” behavior from him when she clerked for him more than two decades ago.

“What I personally experienced centered around the fact that I was the only woman with children he ever hired, and I had a lot of trouble keeping up with the notoriously high workload in his chamber because of family responsibilities,” Dauber said.

She said the judge told her that her children were taking too much time away from her work and regularly reminded her that she had not graduated from a top tier law school.

“I internalized his relentless commentary about how my children were the problem as I was a failure, I was stupid, and I was not up to the job,” she said. “And I was really scarred because he was a hero to me, and I thought I was letting him down.”

The clerks’ statement said it was “particularly unfortunate” that the alleged behavior “occurred in the chambers of a preeminent judge who made pursuing justice his lifelong goal and who wrote countless opinions advancing the cause of gender equality, civil rights, and labor rights.”

Reinhardt, a Carter appointee, was particularly close to former 9th Circuit Judge Alex Kozinski, a Reagan appointee who resigned after being accused of sexual harassment.

Warren told Congress that Reinhardt was enraged by the allegations against Kozinski and told her he would no longer hire female clerks.

Following the charges against Kozinski, the federal judiciary adopted new rules for handling misconduct claims, including sexual harassment, against judges. Warren testified that they were not strong enough.

A spokesperson for the 9th Circuit was not immediately available for comment.