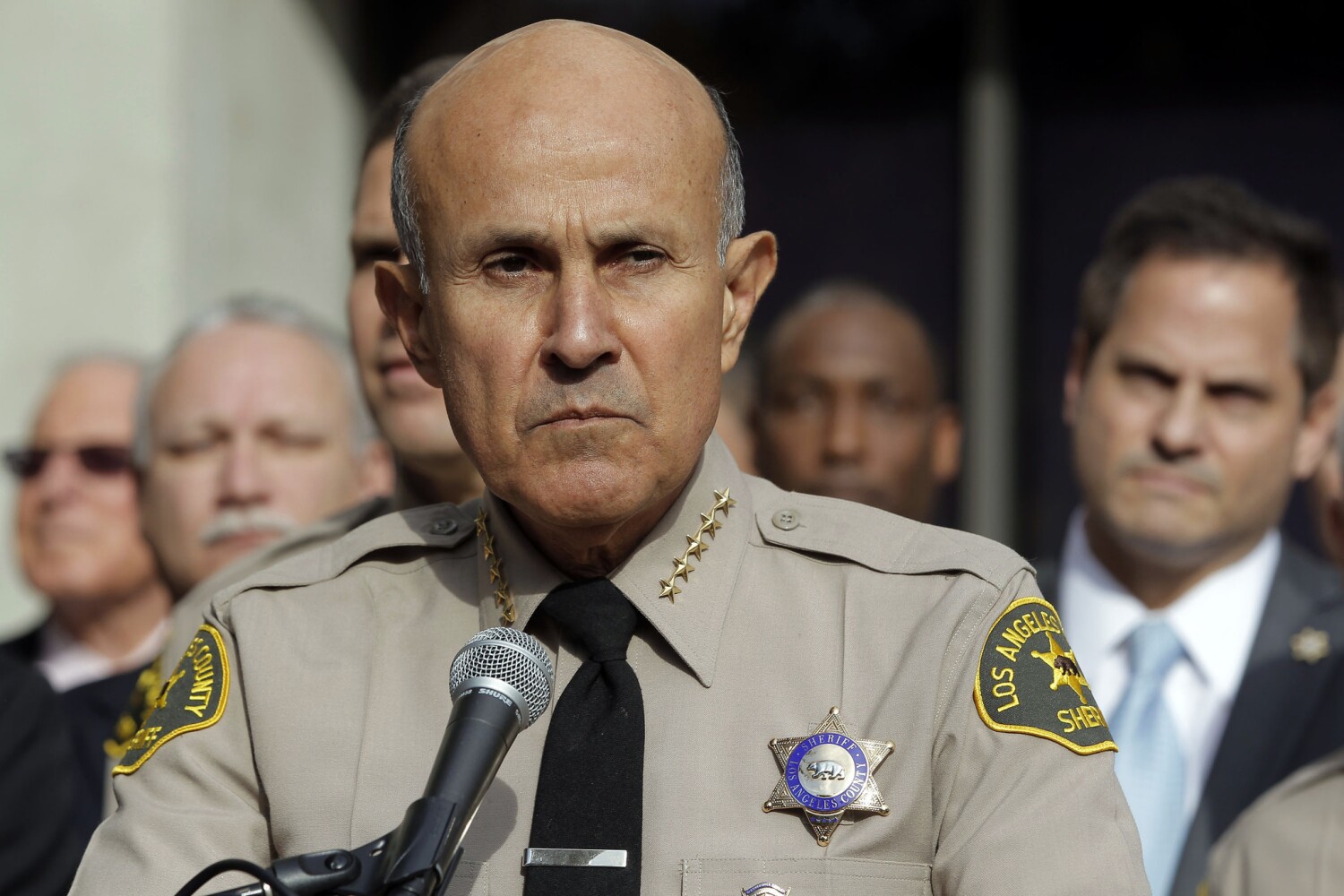 Former Los Angeles County Sheriff Lee Baca, once a respected law enforcement leader who was convicted of thwarting a federal investigation into his department’s violent, scandal-plagued jail system, has reported to a Texas prison to begin a three-year term behind bars.

Baca, 77, arrived Tuesday at the Federal Correctional Institution La Tuna, a low-security prison outside El Paso, according to a representative for the facility. The start of his incarceration followed years of legal wrangling and was an ignominious coda to the career of a man who once led the nation’s largest sheriff’s agency and won plaudits for pushing inmate education initiatives and tackling issues of homelessness and mental health.

The former sheriff, who has been diagnosed with Alzheimer’s disease, was sentenced in 2017 to three years in lockup after a jury found he oversaw the plan to interfere with the federal probe into inmate abuses in the county jail system and later lied to prosecutors about his role.

The conviction was upheld by the 9th U.S. Circuit Court of Appeals last year, and in January the Supreme Court denied Baca’s long-shot request to have his case reviewed. Baca had remained free while his appeals were pending.

He was the last in a group of Sheriff’s Department employees — from low-level deputies to Baca’s second-in-command — to be accused of playing a role in the 2011 scandal, which involved hiding an inmate who was an FBI informant and threatening to arrest the agent who was leading the investigation. All 10 of those who faced charges in the case either pleaded guilty or were convicted, including former Undersheriff Paul Tanaka, who was sentenced to five years in prison after a jury found he helped lead the scheme. Several other deputies were found guilty of civil rights violations for beatings of inmates and jail visitors.

In 2014, as the department was engulfed in the jail scandal, Baca stepped down.

At trial, federal prosecutors focused on Baca’s efforts to impede the investigation. Prosecutors told jurors that although Baca had ceded day-to-day handling of the obstruction plot to Tanaka, he was informed of its developments and helped shepherd it as the county’s elected sheriff.

The plan, prosecutors argued, included manipulating potential witnesses in the federal inquiry and intimidating an FBI agent working on the case.

In his closing words to the jury, the lead prosecutor, Assistant U.S. Atty. Brandon Fox, condemned Baca as a cowardly king who chose to protect himself while sending pawns and other underlings to do his “dirty work.”

At first Baca had sought to plead guilty in a deal with prosecutors, but U.S. District Judge Percy Anderson dismissed it as too lenient and indicated he would impose a harsher prison sentence than whatever the plea deal outlined. Baca and his attorneys pressed ahead with a trial.

His attorneys argued that Baca never authorized wrongdoing and that there was no hard evidence directly linking him to the obstruction scheme.

Baca was nearly victorious in the first trial, when all but one member of the jury wanted to find him not guilty. The lone juror did not budge and Anderson declared a mistrial. For the second trial, prosecutors overhauled the case and Anderson issued a string of rulings that hamstrung the defense.

The conviction and prison sentence further tarnished Baca’s legacy of nearly five decades of service, and diminished the reputation he once held as a law enforcement reformer.