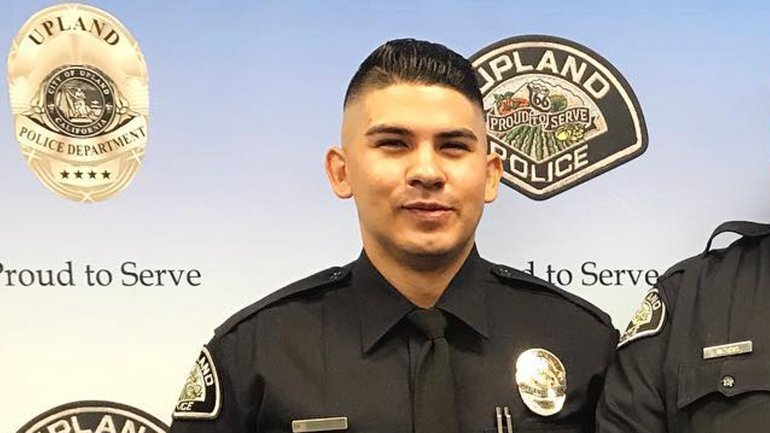 A former Upland police officer is facing three felony charges in the sexual assault of his ex-girlfriend in Pomona, authorities say.

Joshua Michaels Duarte, 31, of Rowland Heights was charged with sexual battery by restraint, dissuading a witness from prosecuting a crime and assault with intent to commit a sex crime, according to the Los Angeles County district attorney’s office. On Monday, he pleaded not guilty.

Prosecutors said Duarte attacked a 29-year-old woman after asking her to meet him in his vehicle on Dec. 30, which was shortly after she’d broken up with him. He was off-duty at the time.

“I can tell you that I am disturbed by the allegations,” Upland Police Chief Darren Goodman said in a statement on Jan. 14. “The alleged conduct is inconsistent with the expectations of an Upland police officer and does not reflect the majority of our officers who work hard every day to maintain the trust and support of our community.”

Duarte faces a maximum sentence of eight years in state prison, according to the district attorney’s office. His bail has been set at $200,000.