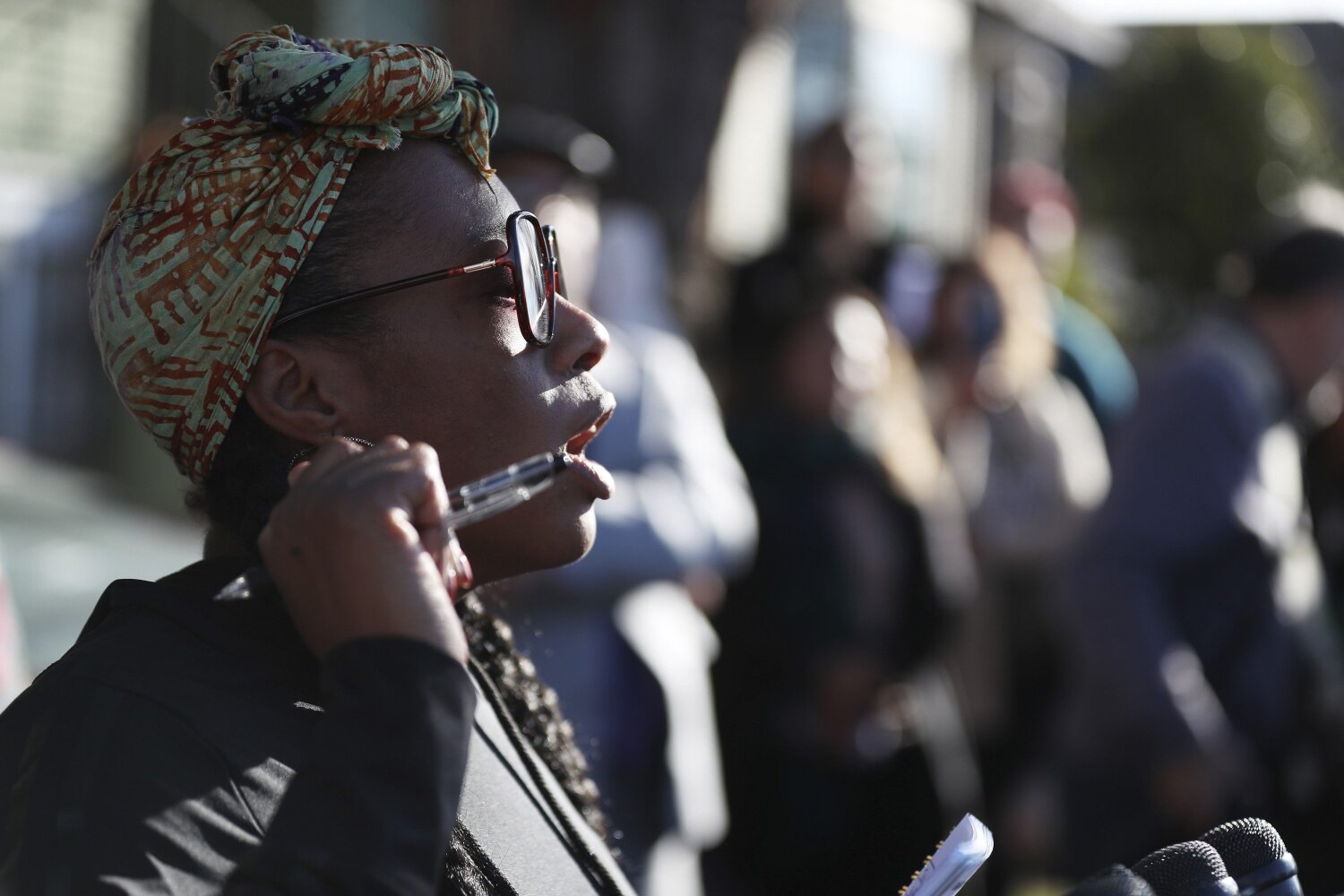 Late last year, a group of women who were homeless or on the verge of homelessness decided to move into a vacant house in Oakland, marking the beginning of a protest against real estate speculation, gentrification and displacement in the Bay Area.

The property was owned by Wedgewood Inc. of Redondo Beach, which buys and flips homes in at least a dozen states. Over two months, the group, known as Moms 4 Housing, fought an increasingly high-profile battle against the company, leading to their eviction in mid-January. Heavily armed Alameda County sheriff’s deputies enforced the order, further galvanizing the mothers’ protest.

Wedgewood agreed to sell the house in which the women were living to an Oakland land trust. That trust will take the property off the market, likely along with several others owned by Wedgewood in Oakland. In a sign of how prominent the dispute had become, both Gov. Gavin Newsom and Oakland Mayor Libby Schaaf were involved in brokering the deal.

In this episode of “Gimme Shelter: The California Housing Crisis Podcast,” we speak with Dominique Walker, one of the women who occupied the house. Other guests are Carroll Fife, a regional director with the Alliance of Californians for Community Empowerment, which helped organize the protest, and Aaron Glantz, a senior reporter at Reveal and author of “Homewreckers: How a Gang of Wall Street Kingpins, Hedge Fund Magnates, Crooked Banks, and Vulture Capitalists Suckered Millions Out of Their Homes and Demolished the American Dream.”

In addition to the Moms 4 Housing protest, we discuss the role of corporate ownership in California’s housing problems.

“Gimme Shelter,” a biweekly podcast that looks at why it’s so expensive to live in California and what the state can do about it, features Liam Dillon, who covers housing affordability issues for the Los Angeles Times, and Matt Levin, data and housing reporter for CALmatters.

You can subscribe to “Gimme Shelter” on Apple Podcasts, Spotify, Stitcher, Soundcloud, Google Play and Overcast.