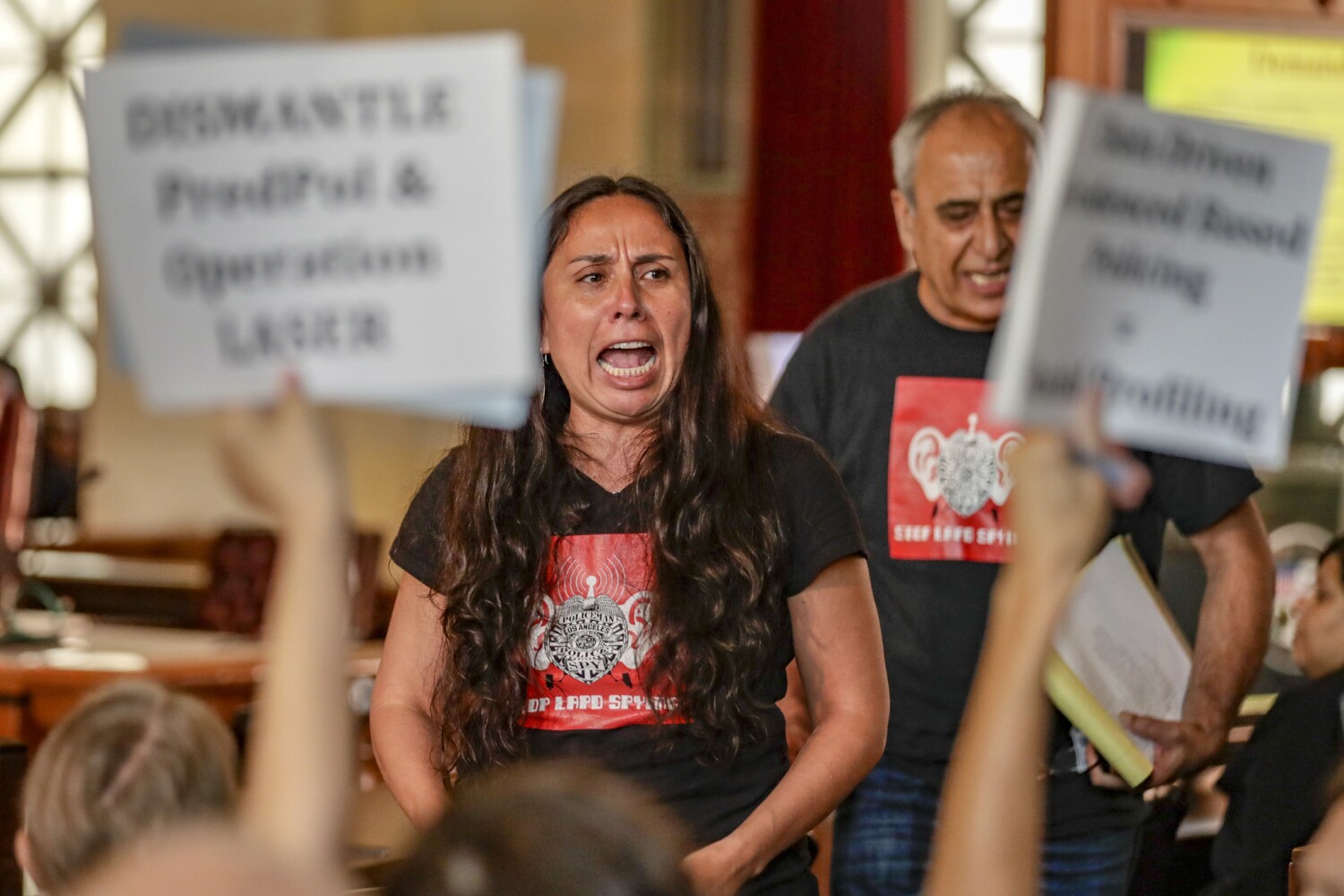 Near the steps of LAPD headquarters, Hamid Khan, co-leader of the coalition, said the LAPD had released documents and the names of 679 people who were targeted in controversial programs meant to predict future crimes. This comes nearly 29 months after the coalition’s first public records request.

The programs — the Los Angeles Strategic Extraction and Restoration (LASER) program and the Chronic Offender program — were scrapped in the spring after a report by the department’s inspector general found they were inconsistent and lacked oversight.

The LAPD declined to comment, citing the pending litigation.

The coalition filed a public records request in May 2017 regarding LASER zones — areas identified as crime hot spots — and information about people listed as chronic offenders. After Khan said the coalition’s requests were ignored, it filed a lawsuit in Los Angeles Superior Court against the LAPD in February 2018 accusing the department of violating the California Public Records Act.

LASER began in 2011, and the coalition believes more individuals were targeted before the LAPD began keeping the official database of names in 2017.

The hundreds of documents released include the names of 679 people listed as chronic offenders, as well as maps with micro-hot spots labeled as potential threat areas. Those include residential and commercial areas, Khan said. Of the individuals listed, Khan said 44% were black, 43% were Latino and 11% were white. Ages ranged from 16 to 69.

The coalition announced it had obtained the documents on Human Rights Day, a symbolic gesture to the human rights it believes the LAPD violated, it said. It also did it on a Tuesday, the same day the L.A. Police Commission, the civilian body that governs the department, holds its weekly meeting.

“This oversight body is defunct, out of touch, ignorant and unconcerned about our lives, let alone our human rights,” said Jamie Garcia, co-leader of the coalition. “We took on not only LAPD, but we took on the Police Commission and the city of Los Angeles, and we won.”

The coalition’s next step is to reach out to the individuals on the list and help them with any trauma or other negative effects of being on the list, such as arrests or evictions, Khan said.