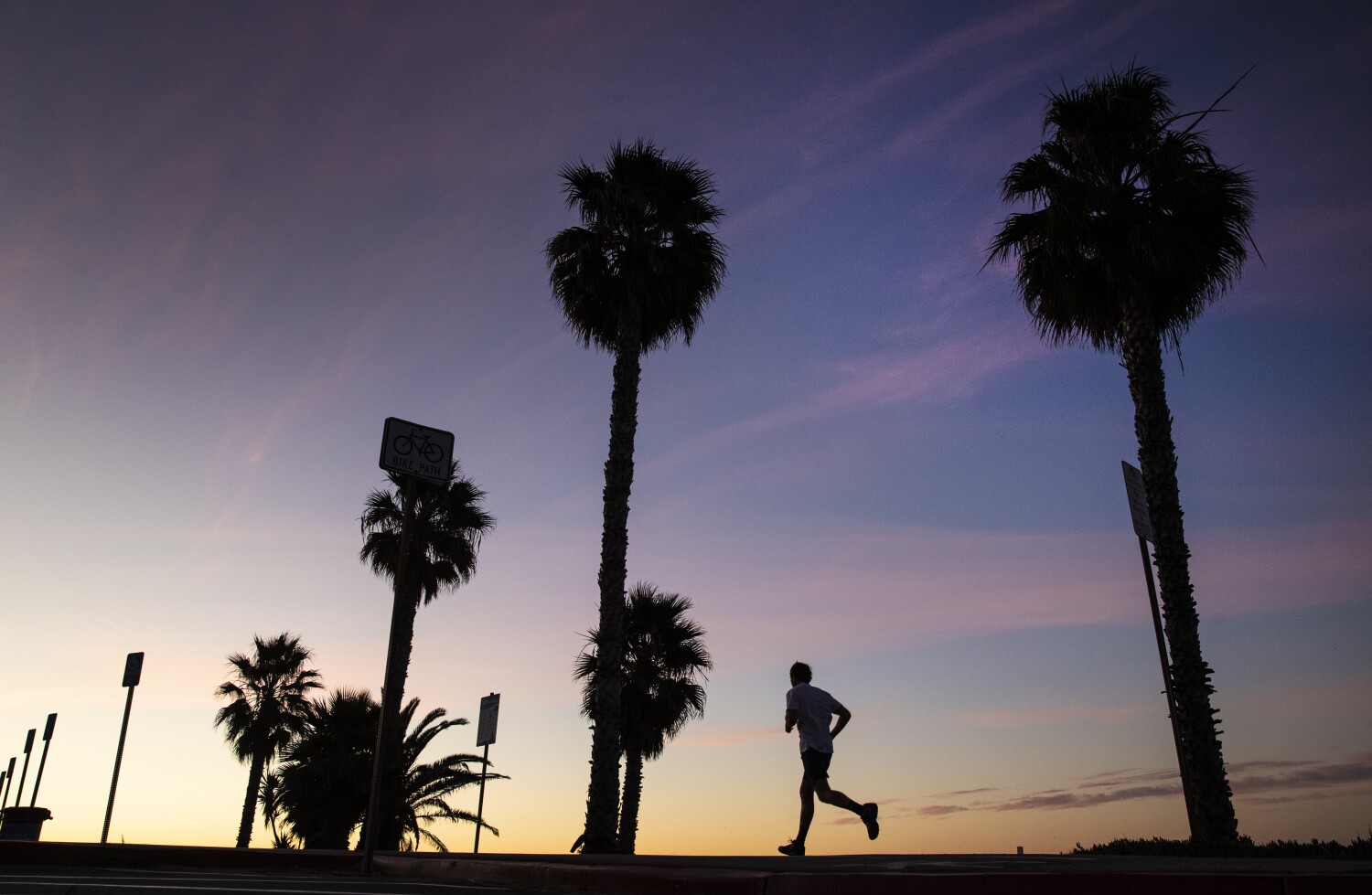 It’s beginning to look a lot like winter in Southern California, with chilly overnight temperatures, strong winds and rain in the forecast that may make for a soggy Christmas Eve.

Strong Santa Ana winds that whipped through Los Angeles and Ventura counties overnight, toppling trees, knocking down power lines and wreaking havoc on outdoor Christmas decorations, are expected to continue buffeting the region through Tuesday evening. The winds, which are expected to reach up to 25 mph with gusts up to 55 mph along the coast and higher in the mountains and foothills, will peak about noon before tapering off, said Lisa Phillips, a meteorologist with the National Weather Service in Oxnard.

Wind advisories are in effect for the Ventura County and Los Angeles County coast, and include downtown L.A., Malibu, Santa Monica, Beverly Hills, Hollywood and Long Beach, along with the San Fernando Valley and Santa Clarita Valley. Drivers are advised to use extra caution, especially when operating high-profile vehicles and traveling wind-prone routes, such as canyon roads through the Santa Monica Mountains, according to the weather service.

The dry wind has heightened concerns about possible fire weather. Rains that swept through the area earlier this month and in November helped dampen dry vegetation, hopefully lessening the risk of widespread fire, Phillips said.

“Still, we are experiencing really high winds and the dew points and humidity are low, so we have elevated fire weather concerns for the area today as that Santa Ana wind event continues,” she said.

#SantaAnawinds will bring gusty dry air to the area tonight through Tuesday! This will lead to elevated fire weather concerns and a potential for downed trees and power lines in areas that experience high gusts! Use caution when driving and avoid creating sparks! #lawx #SoCal pic.twitter.com/y1MRWOFwFH

“I think people forget and then wonder why it’s so cold,” she said. “Well, it’s supposed to be.”

As the wind dissipates, a low-pressure system is expected to move into the region, bringing chances of rain to San Luis Obispo and Santa Barbara counties on Wednesday. Los Angeles is expected to stay dry until Sunday, however, when a low-pressure system from the southern portion of Alaska will bring rain — just in time for the official start of winter and holiday travel.

Early forecasts show the rain is expected to linger through at least Monday and possibly into Tuesday, but it’s too early to tell whether it’ll be a wet Christmas, forecasters say.