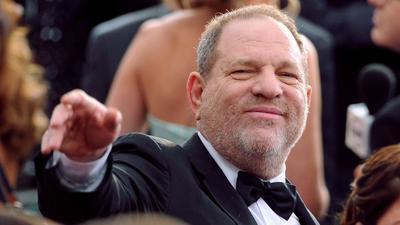 While the New York chapter of Harvey Weinstein’s criminal prosecution is over, pending an appeal and sentencing, the legal saga will soon move to Los Angeles.

Last month, Los Angeles County Dist. Atty. Jackie Lacey filed charges of forcible rape, forcible oral copulation, sexual penetration by use of restraint and sexual battery by restraint. The charges stemmed from allegations made by two women who claimed Weinstein assaulted them in separate incidents in hotels in Beverly Hills and West L.A. in 2013.

Even though the LAPD presented one of the cases to prosecutors in 2018, Lacey has defended the timing of the filing.

“We were working on investigating those cases. In regard to the victims in this case and other sexual assault cases, it was very challenging to get those victims to open up and tell us what they needed to tell us,” she said. “For some, it was very embarrassing — terrifying — and so [we] told them we were just working to get the evidence we need to get to court.”

A spokeswoman for the Manhattan district attorney’s office said Weinstein’s March 11 New York sentencing will take place before any proceedings initiate in California. Through a spokesman, Los Angeles County Deputy Dist. Atty. Paul Thompson said he was “definitely proceeding” with his case despite Monday’s verdict in New York.

Weinstein has been charged with four counts of sexual assault in Los Angeles County, stemming from accusations brought by two different women.

One of the women is a former model and actress who described Weinstein’s alleged assault to The Times in 2017, according to her attorney, David Ring.

She said the first assault took place at Mr. C’s Beverly Hills hotel in February 2013 after she met Weinstein briefly at the Los Angeles Italia Film, Fashion and Art Fest. Weinstein “became very aggressive and demanding” while asking her to disrobe, the woman previously told The Times.

The woman said that she showed Weinstein pictures of her children and begged him to stop.

“He grabbed me by the hair and forced me to do something I did not want to do,” she said.

In a motion asking a judge to set Weinstein’s bail in Los Angeles County at $5 million, prosecutors said the woman did not immediately report the assault to police because Weinstein threatened to kill her. She did report the alleged attack to three close confidants in 2013, however, including her priest, law enforcement sources previously told The Times.

Just days later, the second accuser said she had a business meeting with Weinstein and another woman at a hotel in West Los Angeles when he convinced them to visit his hotel suite, according to the bail motion. Once upstairs, the victim “unwittingly” followed Weinstein into a bathroom and the other woman closed the door, trapping her inside, court records show.