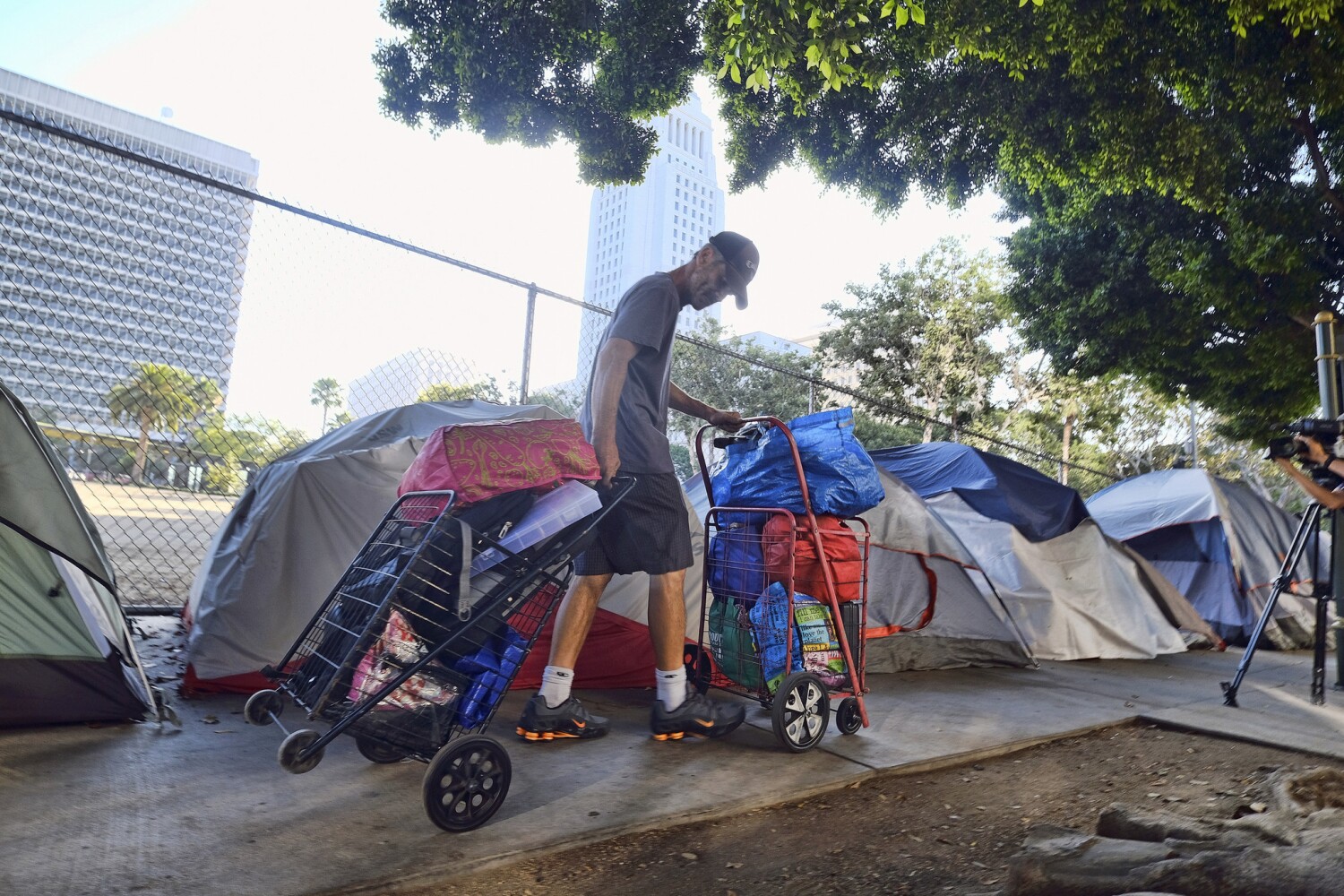 A man, who by at least one city official’s account was homeless, was found dead outside Los Angeles City Hall on Wednesday.

The Los Angeles Police Department received a call about a deceased man and responded at 7:40 a.m. to 200 N. Main St. in Los Angeles, said LAPD Officer Lizeth Lomeli. She had no other information about the man.

However, Los Angeles City Atty. Mike Feuer told reporters at an unrelated event Wednesday morning that the man was homeless.

“He was someone’s son. He might’ve been somebody’s dad or somebody’s brother,” Feuer said. “I don’t know. But I do know that he died alone and if there is any truth to statistics, he is not alone.”

Referring to the growing number of homeless people who die in L.A. County each year, with this year’s number fast approaching 1,000, Feuer added, “Last night, two other people probably died on our streets.”

Sarah Ardalani, public information officer for the Los Angeles County Department of Medical Examiner-Coroner, said the deceased man was believed to be of Asian descent and in his 50s. She said the cause of death hasn’t been determined.

Los Angeles Mayor Eric Garcetti said “my heart breaks for the man who passed away, and it should outrage all of us that anyone dies unhoused and alone in Los Angeles. Everything we do to respond to this humanitarian emergency is about saving and rebuilding lives — and when one is lost, it should push each and every one of us to keep confronting this crisis with everything we’ve got.”

The blocks around L.A. City Hall have become a popular spot for homeless people to rest and sleep. A mobile shower company regularly visits the area.

At the same time, the LAPD recently shifted assignments for some officers to the 20-square-block area to ease concerns from city workers about the growing homeless population.