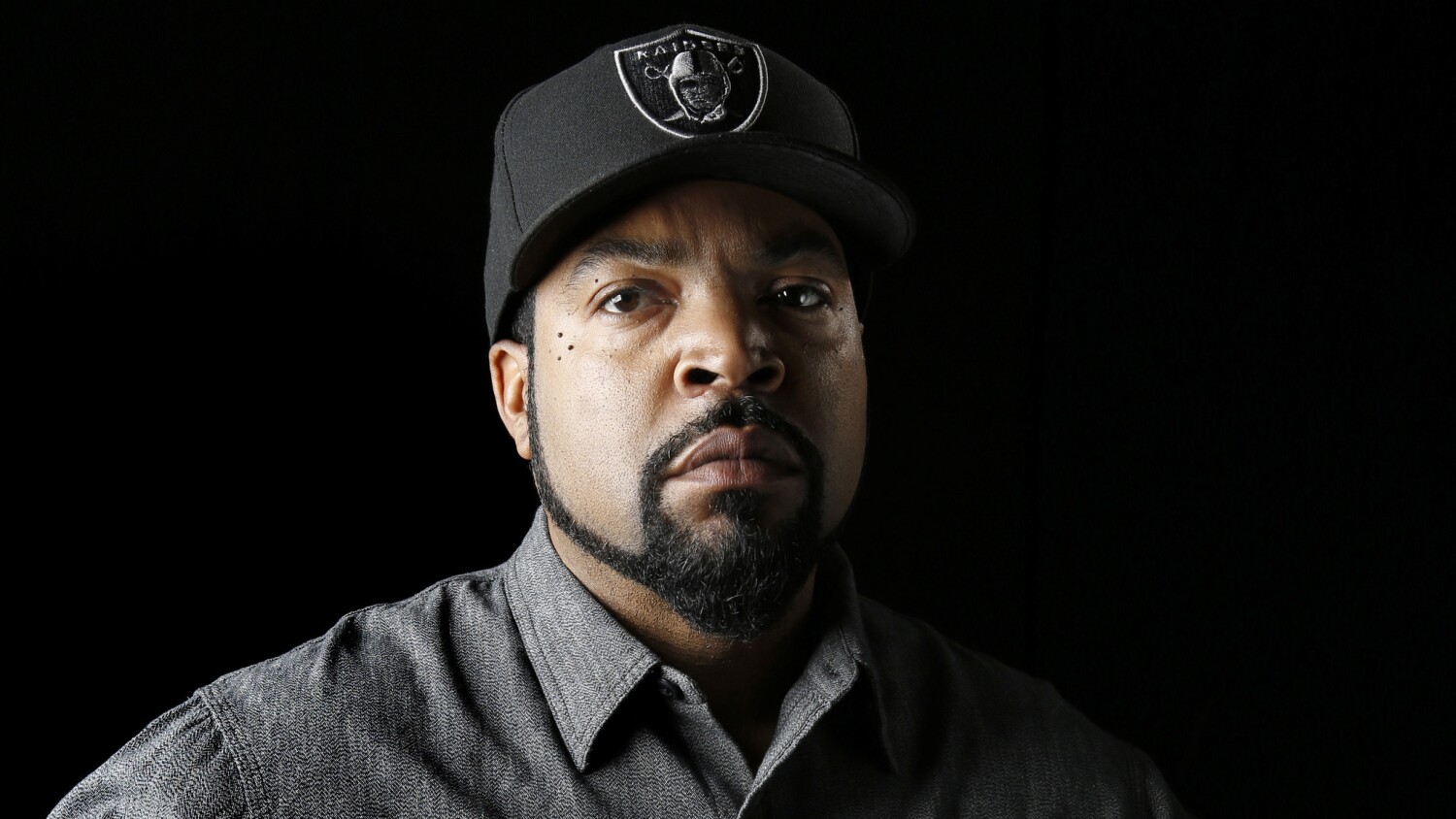 For weeks, I’ve been trying to figure out why polls keep showing that a small, yet still politically significant, number of Black men are likely to vote for President Trump.

Then along came Ice Cube and his Contract With Black America, and suddenly it’s all a little clearer.

For those who haven’t been keeping up, the Los Angeles rapper — who by his own admission only started paying attention to politics this year — has admitted to working with the Trump administration, basically agreeing to act as an independent advisor on behalf of all Black people.

(For the record, as a Black person, I did not agree to this.)

That Ice Cube felt justified in putting himself out there in this way is pure hubris. In ordering up his Contract With Black America over the summer, he did so without first consulting with many of the Black activists who have crafted similar plans and are in the process of implementing them with elected officials.

But what’s truly telling is his explanation for why he has been shopping around his plan to Republicans and Democrats mere weeks before the most contentious U.S. election in modern history, and why he’s upset that, in the midst of all of this, Democrats understandably blew him off.

His thought process, a strange combination of obliviousness and misplaced entitlement, and blasted on Twitter for the world to see, helps explain why Trump has an in with a demographic that should be solidly against him.

All of this came to light starting on Wednesday, when Trump senior advisor Katrina Pierson — a woman whom Ice Cube has said he doesn’t even know — thanked him for his “willingness to step up” and help develop the administration’s so-called Platinum Plan to help Black Americans.

In reality, the Platinum Plan is a two-page document that’s thinner on substance than a fifth-grader’s book report. And, despite what the Trump administration is claiming, it barely resembles Cube’s aspirational Contract With Black America, which includes demands such as abolishing private prisons and eliminating mandatory minimum sentences, or Joe Biden’s more exhaustive plan, which was introduced back in May.

“Facts,” Ice Cube tweeted Wednesday, in an attempt to quell the growing backlash to his political bungling. “I put out the CWBA. Both parties contacted me. Dems said we’ll address the CWBA after the election. Trump campaign made some adjustments to their plan after talking to us about the CWBA.”

Pressed again on Friday after a couple of disastrous interviews on Thursday with notable Black journalists Roland Martin and April D. Ryan, the rapper-turned-actor repeated that he has never met with Trump himself and hasn’t endorsed him.

But he doubled down on his strategy, dismissing criticism that he was willing to work with a president who traffics in the very white supremacy that he spent a rap career protesting.

Being a “sellout” implies getting something in return. The unfortunate reality is that Ice Cube is just getting used — just like the Trump administration has used so many Black men before him as props to further the illusion of supporting Black people while implementing policies that do the opposite.

Trump’s Platinum Plan is little more than a vague promise that Trump, if he somehow manages to win reelection, will abandon as fast as he repeatedly abandoned Black people in this country.

And, yet there are still Black men who are willing to be used. Look no further than the many of them who spoke at the Republican National Convention in August. That includes Kentucky Atty. Gen. Daniel Cameron, who shamelessly parroted the party line, but at least qualifies as a sellout given his rising status among Republicans.

Ice Cube, on other the hand, sounds more like a Black man who desperately wants to be part of the solution for Black people, but has felt alienated from the nation’s policy discussions for so long that he clearly doesn’t know how. I truly believe that his heart — if not his ego — is in the right place.

And then there’s Sean “Diddy” Combs. Although the rap mogul did endorse Biden on Friday, he also decided to launch his own political party called Our Black Party. Driven by his disillusionment with the current political system, he said he hopes to bring Black people together under a single agenda.

“It would be irresponsible of me to have us hold our vote hostage,” Diddy said while making the media rounds on Thursday, referring to a strategy he once promoted for Black voters. “But it would also be irresponsible of me to just let this moment go by — the world is watching — and not do everything I can to make sure that, going forth, we are part of the narrative, that we own our politics.”

Or as Ice Cube put it: “Every side is the Darkside for us here in America. They’re all the same until something changes for us. They all lie and they all cheat.”

They aren’t alone in their thinking either.

Several recent polls have found that Trump actually has more support from Black men now than he did in in 2016 — 17% compared to the previous 14%, according to a survey of likely voters by Nationscape. The Pew Research Center also found that Black men are less likely than Black women to identify as Democrats.

This is as much the fault of the Democratic Party for taking Black men for granted as it is Black men for not staying engaged in politics enough to influence the party’s policies.

Now, though, both Biden and Trump are under mounting pressure to court Black men to cast ballots at all. The campaigns are increasingly having to answer some pointed questions about what, specifically, is in it for these disaffected voters.

But why do any Black men — and let’s be clear that it’s a minority of Black men who feel this way — think Trump is more likely to pony up for them than Biden?

Because if the president is good at anything, it’s making people feel heard. He’s a liar who expertly appeals to people’s egos, fears and unfulfilled desires, making him an excellent salesman. Witness the millions of poor white people who turn out in droves during a pandemic to applaud him and his policies, even when those policies run afoul of their own interests.

The dynamic for Black women is different.

Although we don’t feel heard at times either, Black women also are intimately involved in the political process and have been for years. It’s Black women, whether it be Kamala Harris or Karen Bass or Barbara Lee or the founders of Black Lives Matter, who are drafting and pushing the policies of reform to bring about equity.

Black progress is a bipartisan issue. When we created the Contract With Black America we excepted to talk to both sides of the isle. Talking truth to power is part of the process.

It’s why we are the most consistent voting bloc for Democrats and are widely considered to be the backbone of the party. As in 2016, polls show we continue to almost unanimously reject Trump and his false promises in 2020. We want to see our dreams, in which we have invested so much, realized.

So that Ice Cube would arrogantly come in at the 11th hour of the presidential campaign, waving around a plan for Black America that no one asked for, is, yes, insulting to the many Black women who have been working in this space for years. And that he would then offer it to the Trump administration after being put off by Democrats until after the election is as politically shortsighted and as it is dangerous.

I believe, as Ice Cube does, that “Black progress is a bipartisan issue.” But let’s not act like the Trump administration is a normal Republican administration, that Trump is a normal president or that advising him on Black America is at all normal.