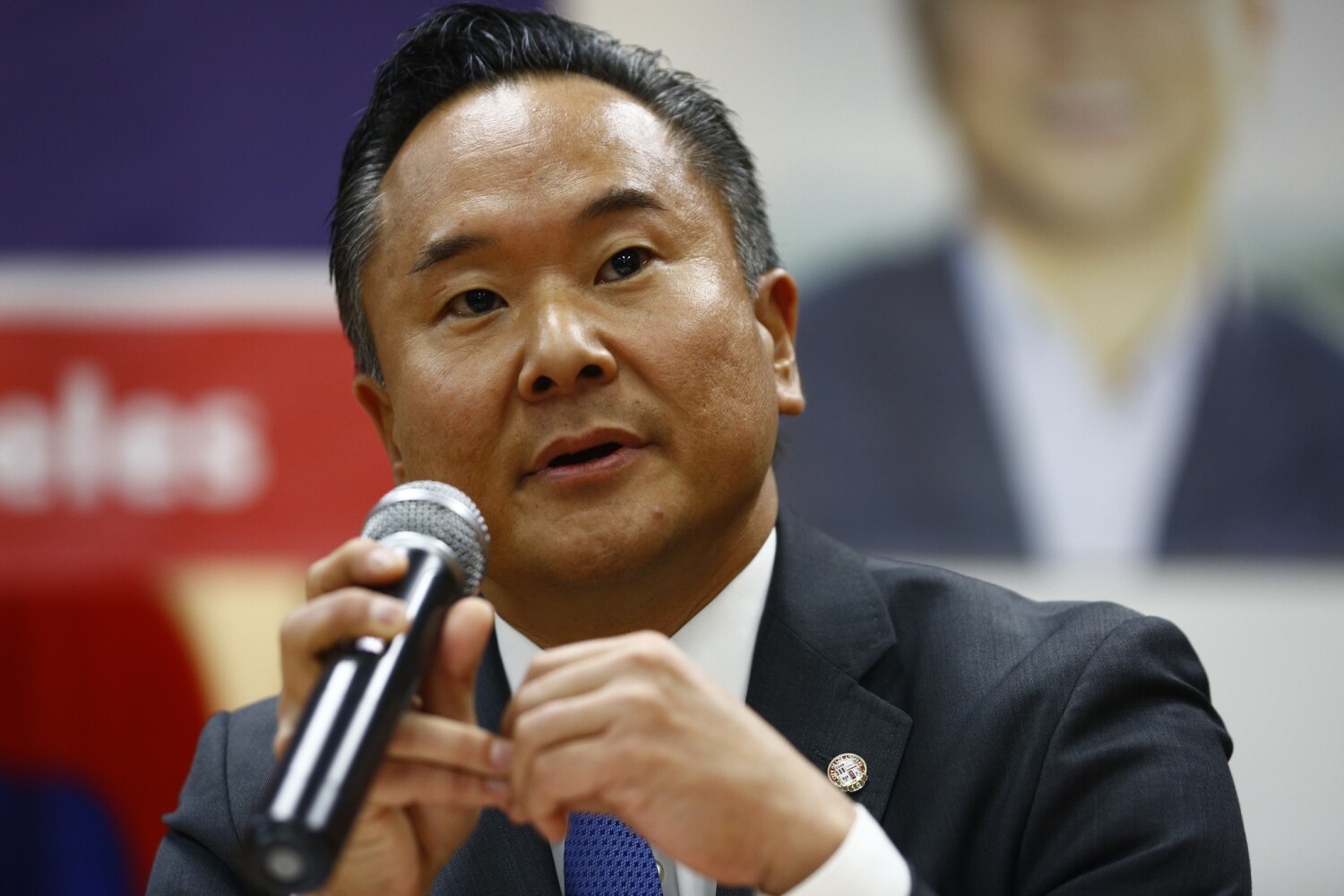 Until recently, the city website for Los Angeles City Councilman John Lee described him as a graduate of Cal State Northridge, one of several schools he attended in the San Fernando Valley.

But Lee stopped short of getting his degree, according to a CSUN spokeswoman. Lee confirmed last week that he was short of the needed credits to graduate, saying in a statement that after the Northridge earthquake hit and disrupted classes, “life happened, time got away from me, and I have not yet been able to finish that last class.”

The councilman said that, to the best of his knowledge, he had not represented or referred to himself as a CSUN graduate.

Lee said the biography on his website was posted by a staffer who “unknowingly changed the language she found” in an internal document describing his background, “which stated I had attended local schools.” The wording on his website has since been altered.

Lee was quoted in a Los Angeles Daily News article about a CSUN event roughly 4½ years ago, saying, “It’s events like this — and I graduated from CSUN — that led me to a life of community service.”

Lee said he did not remember making those remarks but had never sought a correction because he hadn’t previously read the Daily News article.

During his campaign, “I have always been and continue to be extremely careful to ensure that no campaign materials state that I graduated from CSUN,” the councilman said.

Lee won a special election last year for a seat representing the northwestern stretches of the San Fernando Valley, including the neighborhoods of Chatsworth, Granada Hills and Porter Ranch. He is now facing a rematch against Loraine Lundquist, a CSUN educator and astrophysicist who is running for the seat again this March.

Lundquist campaign consultant Calvin Abbasi said in a statement that “there is nothing wrong with not having a degree — but there is something seriously wrong with lying about it.”

“His excuses are just not believable,” Abbasi said.

Lee campaign senior strategist Pat Dennis responded by saying that Lundquist “has nothing new to offer on the issues and instead is focusing on ridiculous and misleading attacks.”

Lee said that when classes were rescheduled after the disruption of the Northridge earthquake, he had a scheduling conflict between his job and a remaining course.

The councilman said he later enrolled in a class to get his needed credits but was unable to complete it because his mother needed help from him. Lee said her Koreatown business had shut down in the aftermath of the unrest that roiled the city in 1992, after officers were acquitted in the beating of black motorist Rodney King.

Lee said he was soon hired by then-Councilman Joel Wachs and, in the years since, had “not had a chance to take that last general education course.”