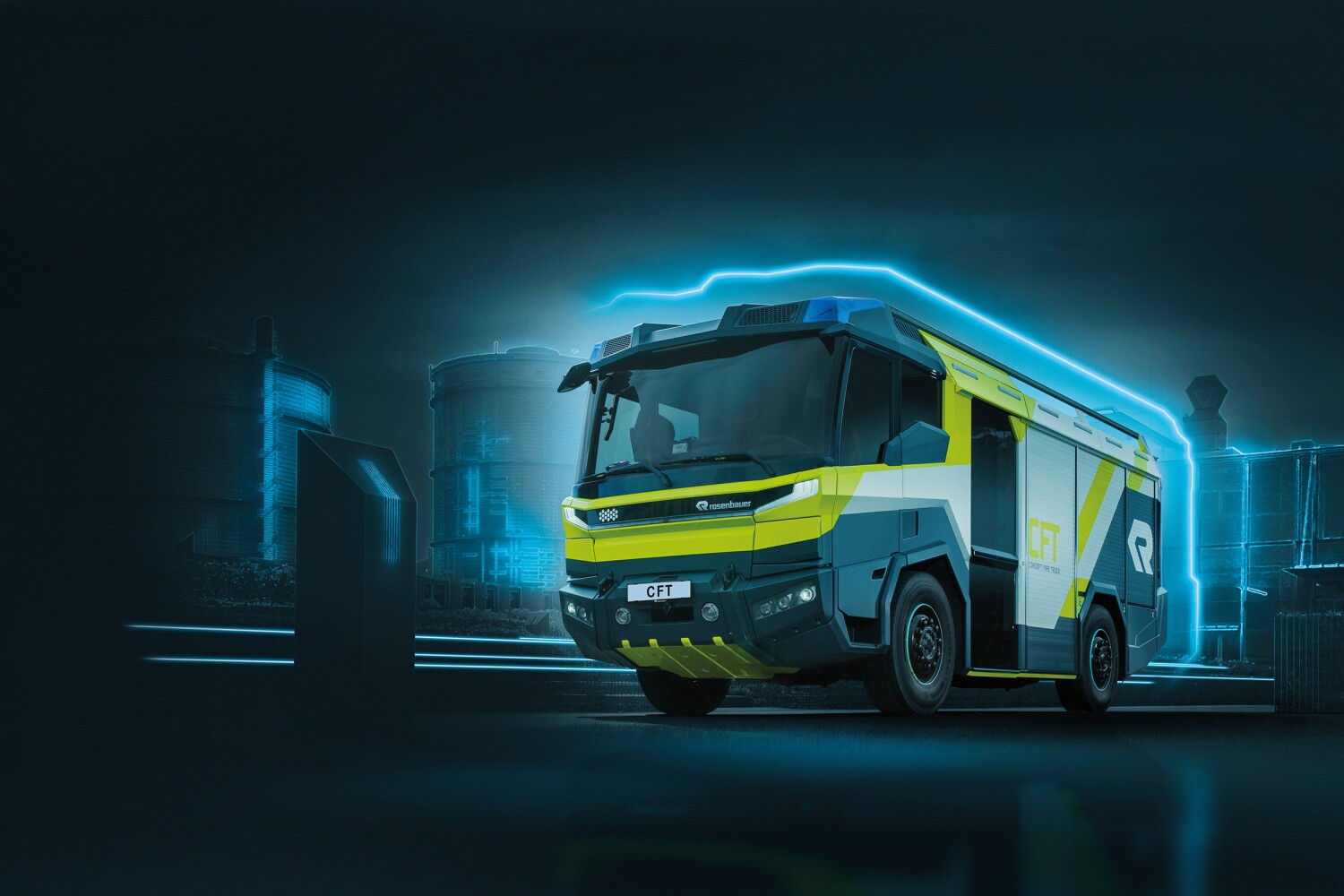 A century ago, the Los Angeles Fire Department made a historic switch from horse-drawn fire engines to motorized vehicles.

This week, the department took the first step in a new phase of firefighting when it ordered an electric hybrid fire engine. The vehicle will be the first of its kind in the country, officials said.

“I am excited that we are the first department in North America to order this cutting-edge fire engine,” LAFD Chief Ralph Terrazas said in a news release. “The electric fire engine is an innovative tool that will help reduce noise and harmful diesel emissions while providing a flexible tool for firefighting and rescue operations from a technologically advanced platform.”

The department is spending $1.2 million on the Rosenbauer Concept Fire Truck, or CFT, the equivalent price of an LAFD aerial ladder truck, spokesman Brian Humphrey said.

Terrazas said the fire engine — which looks similar to a city bus — will probably be assigned to Hollywood Fire Station 82.

“We believe it’s a good fit there,” he said. “We have the brush threat; we have narrow roads, tight roads with all the congestion.”

Terrazas, who test drove the firetruck at Dodger Stadium last year while it was on a North American tour, said he enjoyed the vehicle’s tight turning radius.

The CFT will include two batteries with a 100-kilowatt capacity, meaning the fire engine can run for two hours on electric power before needing to use a diesel engine.

LAFD will install a rapid-charger at the truck’s eventual home.

“The future firetruck is fundamentally different from the vehicles which are in service at the fire stations today,” Dieter Siegel, CEO of Austrian-based Rosenbauer International, said in a release. “It is multifunctional, fully connected and its flexible interior can be used as a fully featured command center.”

The engine will be custom-made to fit both the needs of the LAFD and the standards set by the National Fire Protection Assn., officials said.

Though prototypes shown in Rosenbauer videos have show a white, yellow and blue fire engine, Humphrey said the LAFD’s model will be painted red to match the rest of the fleet.

When the electric engine hits the streets of L.A. next year, it will set the stage for the next century of firefighting, 100 years after the department abandoned horse-drawn fire engines, Humphrey said.

“Up until 1921, we still had horses pulling steam-driven fire engines,” said Humphrey, who added that some fire crews at that time saw motorized engines as “a passing fancy.”