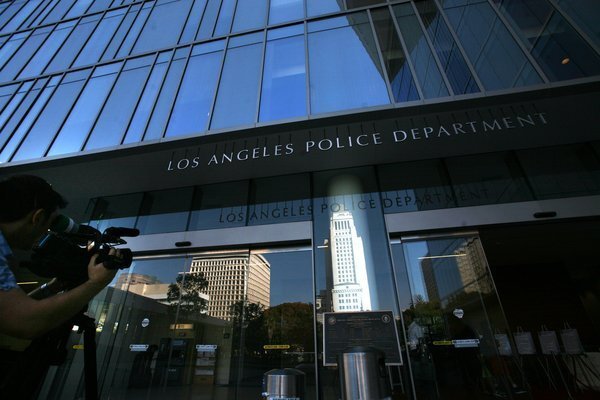 Los Angeles police rescued an elderly woman and her infant grandson from a carjacking suspect after a chase downtown Saturday afternoon, authorities said.

The victims — an 81-year-old woman and her 9-month-old grandchild — were seated in a vehicle that had its engine running around 2:45 p.m. near 9th Street and Maple Avenue when the suspect jumped into the car and drove off, authorities said.

A helicopter was dispatched to search for the vehicle, and officers discovered the car was still in the downtown area around 4 p.m., according to an LAPD news release. The suspect led officers on a “slow-speed pursuit” that ended when police deployed a spike strip.

None of the three was injured, and the suspect was arrested without further incident, the department said in its statement. Officials described the victims as “frazzled, but unharmed.” One officer was taken to a hospital after sustaining a hand laceration while deploying the spike strip, authorities said.

Police did not identify the suspect and it was not immediately clear how fast the vehicle was going when the spike strip was deployed.