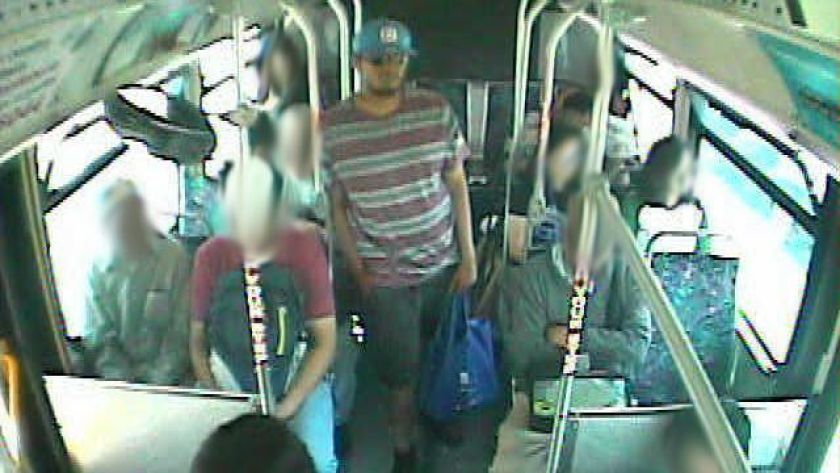 A man who fatally stabbed a college student on a bus in Montebello last year was sentenced to life in prison this week, according to the Los Angeles County district attorney’s office.

The two men were on a municipal bus on Route 10 that was heading west on Whittier Boulevard when the attack occurred. When the bus arrived in the 5700 block of Whittier Boulevard at 10:13 a.m., Ortiz stabbed Zavala multiple times, got off the bus and ran away, authorities said.

Zavala was taken to a hospital in critical condition. He died June 10 of “consequences of sharp force injury to the head,” according to coroner records.

Ortiz was arrested three days after the stabbing.

Video of the attack shows Ortiz, whom authorities described as a transient, standing in the middle of the bus before suddenly pulling a knife out of his pocket and lunging toward Zavala, who was sitting near the door and appeared to be looking at his phone.

“It was a savage attack and one that caused us great concern,” former Sheriff Jim McDonnell said in a statement after the attack. “It was seemingly unprovoked.”

Ortiz will be eligible for parole after 26 years in prison, according to Paul Eakins, a spokesman for the L.A. County District Attorney’s Office.