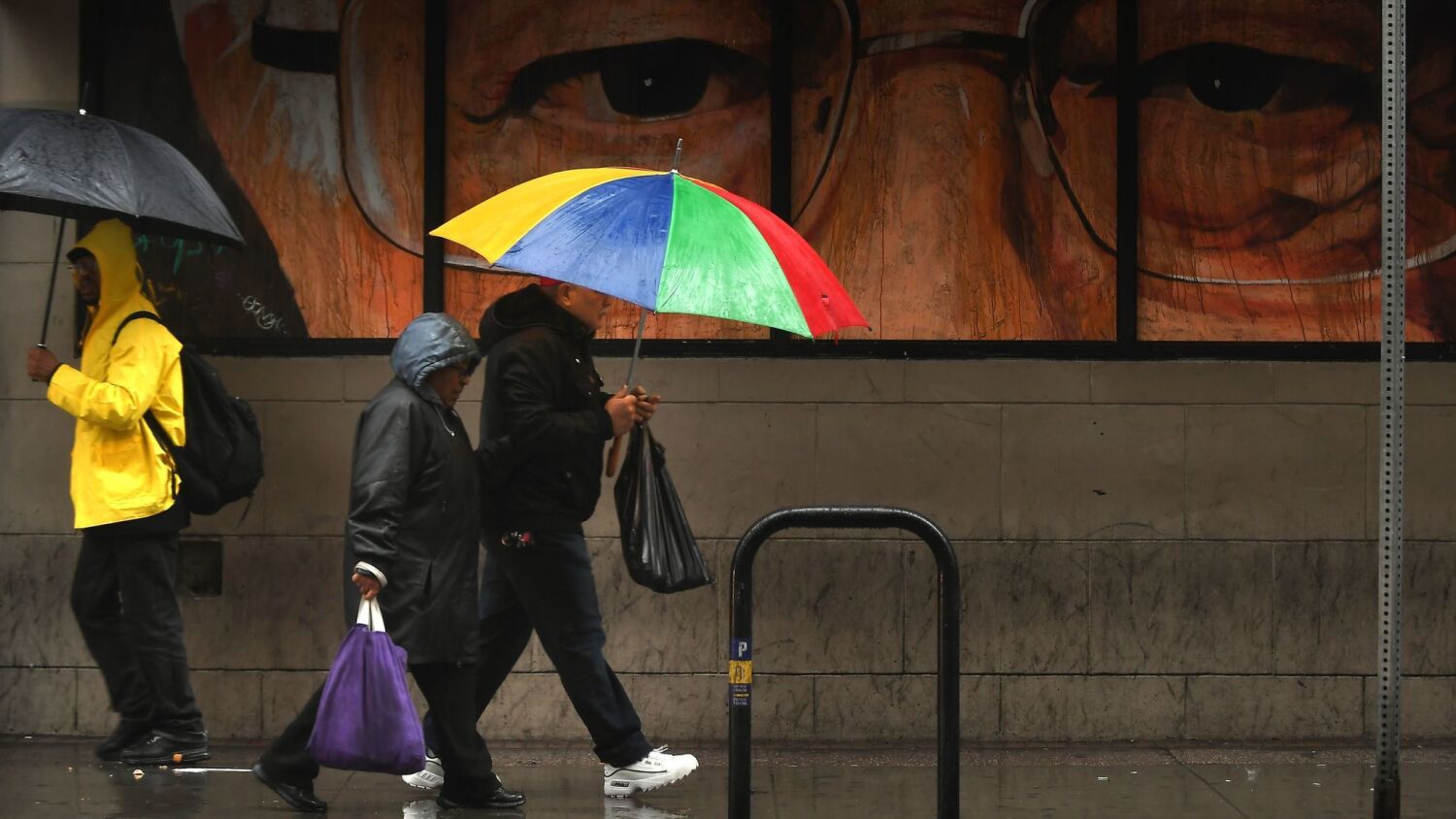 Light showers and isolated thunderstorms are expected to continue moving across the Los Angeles area through Saturday.

The rain is expected to be heaviest in the morning and early afternoon but will linger through most of the day, especially in the mountain areas, where it could continue until early Sunday, said Kathy Hoxsie, a meteorologist with the National Weather Service in Oxnard.

Temperatures are only expected to reach the low- or mid-60s across the coasts and valleys.

There’s also a chance of thunderstorms in the morning continuing into the afternoon for Los Angeles and Ventura counties, as well as the waters near Catalina Island, the weather service said. Any thunderstorm could produce brief heavy downpours, gusty winds, hail, and waterspouts over coastal waters.

Snow levels are expected to drop to 5,000 feet Saturday, with several inches of new snow falling in the resort areas, Hoxsie said. Winter weather is not expected to pose any major problems for mountain passes.

Rainfall totals are expected to be low, with less than a quarter inch in most areas and up to a half an inch in the mountains, though any area that sees a thunderstorm could have higher amounts, according to the weather service.

The rain is expected to clear up by Sunday, and clouds are forecast to give way to sunny skies. That will be followed by breezy offshore winds and above-normal temperatures Monday and lasting through the rest of the week, according to the weather service.

“Monday is when it really jumps by a noticeable amount, and certainly by Tuesday it’ll be another 5 degrees warmer,” Hoxsie said. “So the valley areas and even some of the coastal plain will be up into the low 80s by Tuesday.”