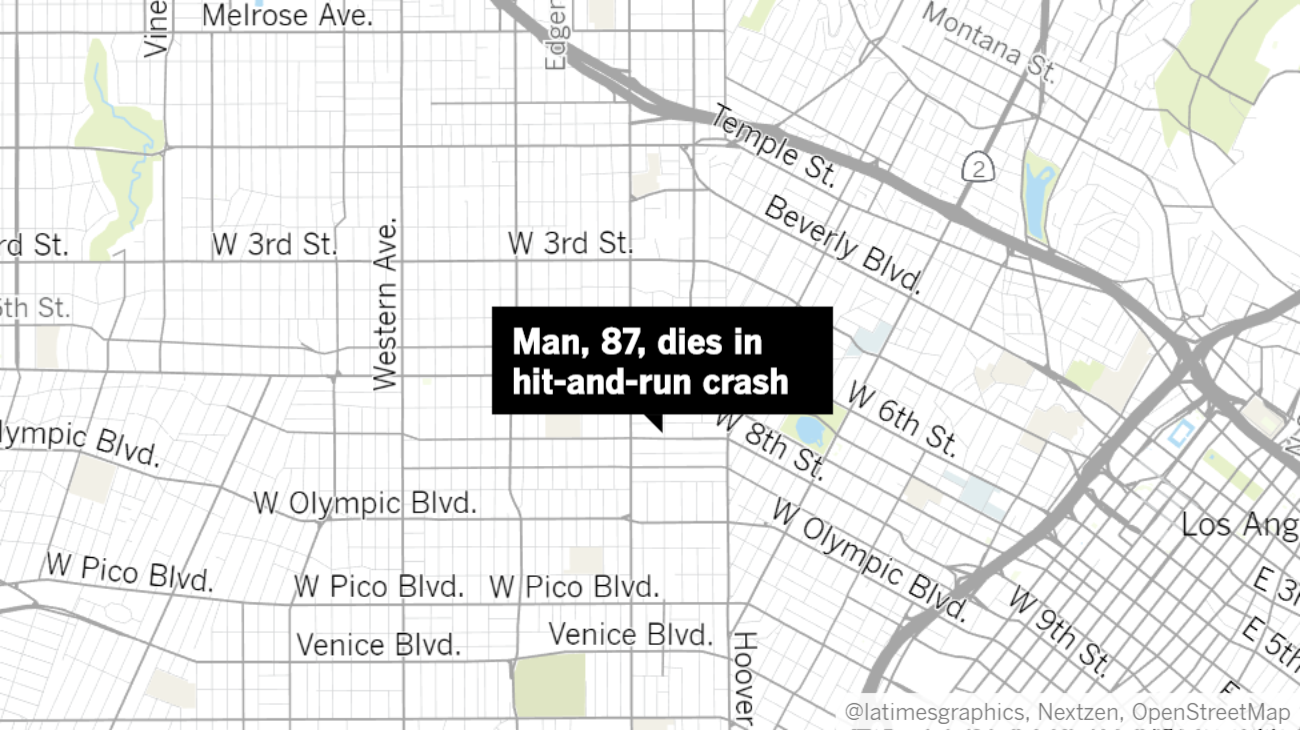 Authorities were continuing to search Sunday for two separate drivers who struck and killed an 87-year-old man in Westlake this weekend before fleeing the scene.

The man, whom authorities identified as Chan Wook Park, was crossing 8th Street west of Westmoreland Avenue about 4 a.m. Saturday when he was struck by a white BMW sedan traveling east on 8th Street, Los Angeles police said.

The driver stopped and was told to remain at the scene by multiple witnesses, but he got back into his car and fled, according to investigators.

A white Honda Accord then struck Park as he was lying on the ground and did not stop, police said. Park was taken to a hospital, where he died from his injuries.

Police described the BMW driver as a man between 5 feet 7 and 5 feet 9, last seen driving a four-door sedan. No description of the Honda driver was available.

Anyone with information was asked to contact LAPD West Traffic Detectives at (213) 473-0234, or to call (877) LAPD-247. A reward of up to $50,000 is available for those who provide information leading to the arrest and conviction of a suspect involved in a hit-and-run, police said.

Police said in a statement that drivers who are involved in a collision should pull over, stop, notify emergency services and remain at the scene, and that witnesses should document the license plate numbers of vehicles involved in crashes.