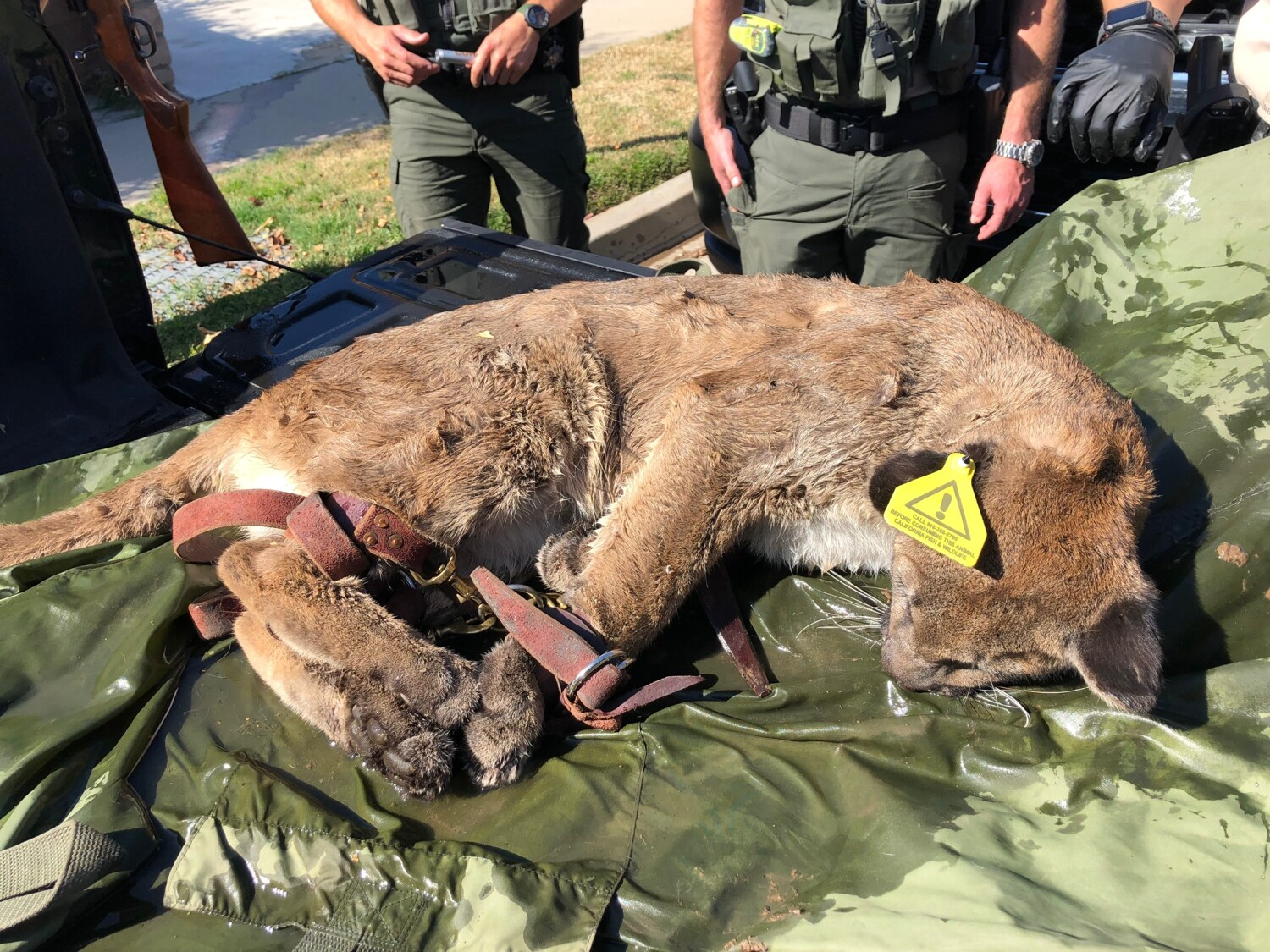 A female mountain lion spotted in Simi Valley was captured and relocated to a more suitable habitat over the weekend, wildlife officials said.

The California Department of Fish and Wildlife tracked the roughly 90-pound cat after it was seen in a tree in a backyard in the 600 block of Laguna Drive on Saturday.

“We darted it in one yard,” Fish and Wildlife spokesman Tim Daly said in an email Monday. “It ran into another yard before the drugs took effect.”

After being tranquilized, the approximately 3-year-old cougar was tagged and released outside the city.

The mountain lion was initially spotted around 9:20 a.m., prompting the Simi Valley Police Department to issue a temporary warning to residents to keep children and small animals indoors. No people or pets were harmed, officials said.

Simi Valley is no stranger to the big cats. In December, officials and residents said mountain lions attacked two dogs, killing one, and mauled at least three goats in the area.

That same month, authorities said they captured a mountain lion that had reportedly attacked a raccoon in the backyard of a home.

Last week, another mountain lion killed several chickens in a backyard coop, Daly said. That animal also was “darted and released into nearby suitable habitat,” he said.

Daly said the spate of sightings and encounters in Simi Valley isn’t unusual for communities next to mountain lion habitat.

“More than half of California is considered to be that habitat,” he said. “In Southern California, [as] the population of people grows, the space for animals decreases, and sightings are likely to continue. We’re also seeing more nighttime visits by mountain lions because of the increase of home security camera systems.”

The Associated Press contributed to this report.