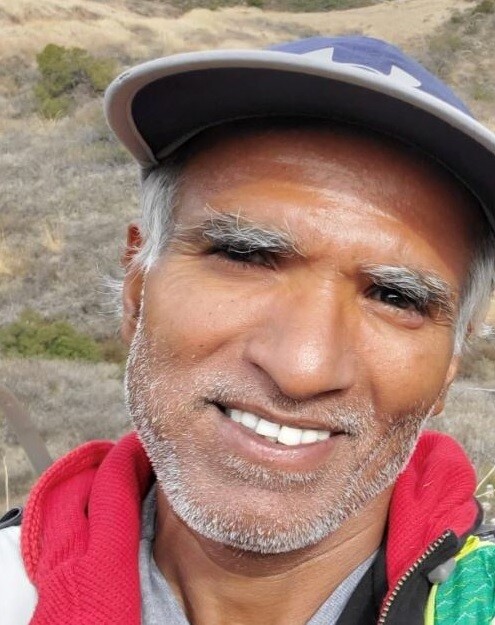 While scouring mountainsides for a missing hiker, search and rescue teams have been diverted multiple times over the past few days to rescue other adventurers, prompting officials to temporarily close several areas of Mt. Baldy.

Sreenivas “Sree” Mokkapati, a 52-year-old Irvine resident, has been missing since Sunday after he got separated from his group, and search crews have set out on foot and in helicopter each day to try to find him.

On Tuesday, while crews were looking for Mokkapati, they were sent to rescue a hiker who fell off the trail near the summit.

“Please only hike with proper gear,” the San Bernardino County Sheriff’s Department aviation unit said in its tweet about the rescue.

The temporary emergency closure issued Wednesday by the U.S. Forest Service covers much of the Mt. Baldy area and is effective until Dec. 31. Residents and people who own or lease land in the closure area are exempt from the order “to the extent necessary to access” their land or homes.

While searching for a missing hiker, sheriff resources have been diverted multiple times to rescue other hiker who are unprepared to be hiking in snow & ice. With cooperation of @Angeles_NF several areas of Mt Baldy are temporary closed while we continue our original search. pic.twitter.com/UwBBxxicBu

Mokkapati and three other hikers started off on an early morning hike heading to the Mt. Baldy summit. At some point in the day, Mokkapati got separated from his group. Once back at their cars, his companions contacted the San Bernardino County Sheriff’s Department.

Mokkapati is considered an experienced hiker and has taken treks to Mt. Baldy several times. Wearing a gray puffy jacket and gray pants, he was prepared for a day hike and had limited supplies.

This week, officials have reported snow at about 7,000 feet in the Mt. Baldy area, and in some higher elevations, snow was waist deep.

Users of the outdoor adventure app AllTrails have noted in their recent reviews that recent snowfall has intensified the difficulty of the Mount San Antonio and Mount Baldy Notch Trail, a 9.2-mile loop trail to the 10,064 foot summit of Mt. Baldy.

“The trail going over the boulders onto the switch back was not passable without snow shoes, snow would sink in to the hips,” one user who hiked the trail Nov. 30 wrote. “Turned around a bit to go straight up to the Bowl, again, sinking into the snow knee to hips, draining to go up at this speed. From this point, you needed crampons and … ice axes to climb up, and you’re breaking trail as you go up. Even though it wasn’t strong wind conditions in the Bowl, the slow speed would expose you and wear you out.”

The mountainous forest area is a popular hiking destination for hikers from novice to expert. Its proximity to Los Angeles sometimes prompts ill-prepared residents to venture to the area without a plan, and it is a frequent site for search and rescue missions.

At a news conference Wednesday, San Bernardino County search and rescue team member Cindy Lyman urged anyone who hikes in winter conditions to ensure they have crampons, snowshoes, trekking poles and ice axes.

Lyman said trails to Mt. Baldy include significant drop-offs and steep, narrow terrain, a challenge even without snow.

“If you add snow and ice, those trails just disappear, and it is very dangerous,” Lyman said.