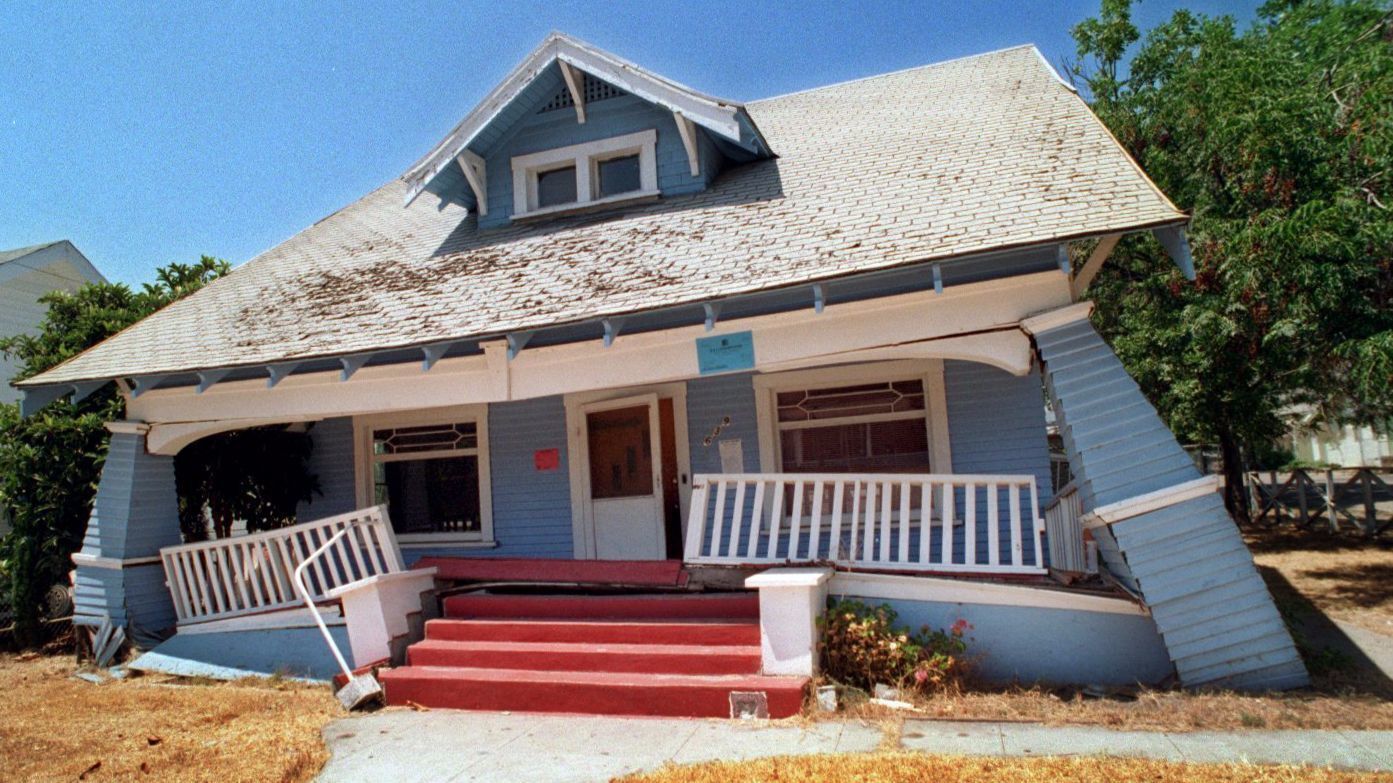 Putting off an earthquake retrofit of your house? California is reopening applications for grants of up to $3,000 to fund seismic strengthening of older homes that can slide off their foundations.

There are an estimated 1.2 million California homes with a deficiency that can render them unlivable after strong shaking. It involves houses built before 1980, but especially before 1940, that are a few steps off the ground and have a crawlspace between the living space and the ground the house sits on.

The problem is the homes haven’t been properly braced and bolted to the foundation. Walls and wood beams that keep the house off the ground aren’t fastened tightly to the ground, and the lack of grip can cause the home to be shoved off the foundation — as if the shaking has broken the building’s knees, and a rug has been pulled from underneath the home.

The basic fix involves bolting or anchoring the house to the foundation, and possibly adding plywood around the flimsy crawlspace. In Southern California, the typical cost for a bolt-only retrofit is about $3,000 to $3,500; the median cost for a house that also needs plywood is $3,900.

Costs in Northern California are higher; the median cost for a retrofit exceeds $7,000, in part due to the more complicated nature of homes there and higher labor costs, said Janiele Maffei, a structural engineer and chief mitigation officer for the California Earthquake Authority.

This type of home is quite common throughout areas of California at high risk for significant shaking. In the magnitude 6 earthquake that hit Napa in 2014, retrofitted houses rode out the quake fine, but some that were not strengthened were so damaged that residents were forced out of their homes.

The retrofit takes about two or three days to do, requires a local government permit and can be performed by a contractor or a knowledgeable do-it-yourselfer.

Older California homes can slide or topple off their foundations in an earthquake. Structural engineer Janiele Maffei offers advice on what precautions should be taken to retrofit such homes.

A directory of contractors who have taken a free online Federal Emergency Management Agency training course on seismic retrofits of homes is on the state’s website; officials recommend homeowners obtain at least three bids before choosing a contractor.

The program is managed by the government-funded California Residential Mitigation Program. The program was the recent recipient of a $23-million grant from FEMA intended to help spur homeowners to reduce hazards before the next disaster. Of those funds, $10 million was used to fund the program in 2019, while $13 million was set aside for this year.

The application process for the Earthquake Brace + Bolt program is open through March 19 and can be viewed at earthquakebracebolt.com.

Why a home built a few steps above the ground can slide off its foundation in an earthquake, and how the defect can be fixed, as explained by structural engineer Janiele Maffei.