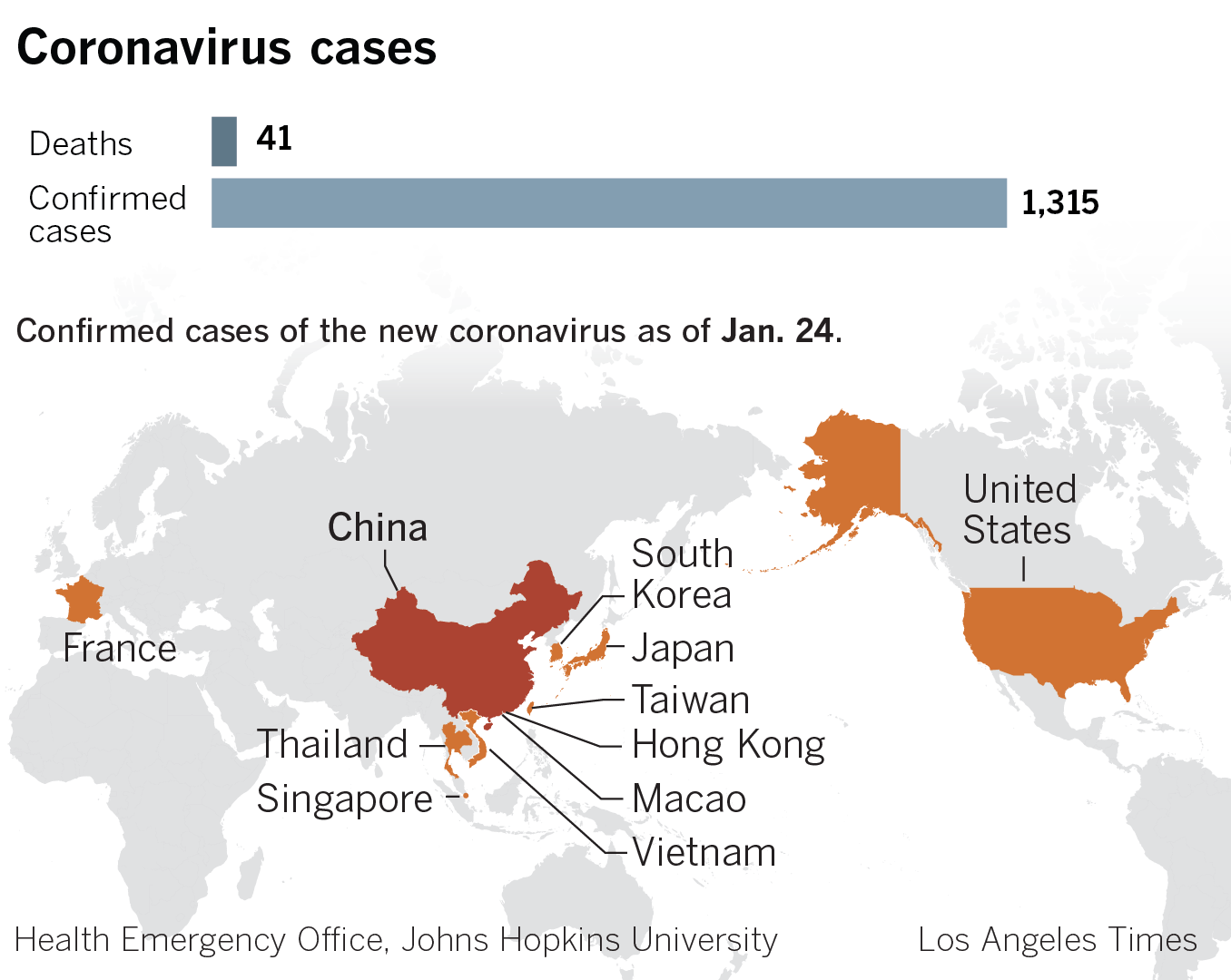 The Los Angeles area is bracing for the coronavirus, which has spread to at least 1,354 people in 11 countries and territories since it was discovered late last month in central China.

“While we have had no cases yet, it is likely we will see some and we are ready,” Dr. Sonia Angell, director of the California Department of Public Health, said in a video released Friday.

As of Friday, 18 people between the ages of 3 and 58 had been tested for the virus in California, according to the state Department of Public Health. They included a traveler who arrived at Los Angeles International Airport on a flight from Mexico City and was taken to a hospital early Thursday for an evaluation.

Angell said that the immediate health risk to the general public in California is low, based on current information, but that the department is carefully monitoring the virus and considers it “a serious public health concern.”

So far, only two people have tested positive for the virus in the United States — a man in Washington state and a woman in Illinois.

Though the U.S. has not seen a major outbreak, the virus has spread widely across Asia in the last month, killing at least 17 people and sickening hundreds more, according to Chinese officials.

In China, the pneumonia-like illnesses from the newly identified coronavirus first appeared last month in Wuhan, an industrial and transportation hub in central China’s Hubei province. Other cases have been reported in Japan, South Korea and Thailand. Singapore, Vietnam and Hong Kong reported their first cases Thursday.

Though the coronavirus hasn’t yet arrived in California, it’s affected the region’s travel agencies at a time when they typically do a brisk business.

“Today is the first day of the Chinese New Year, but no one is here to go back to China,” Albert Eng, owner of Chosen Travel in Monterey Park, said Saturday morning. “Usually we are very busy, but this year, no way.”

He estimates business has been down about 95% since fears over the virus hit. He said that in years past, he’d have at least 40 clients taking trips to China during the week preceding the Lunar New Year. This week, he had five.

“Right now, I … think even if the tickets were free of charge, no one would take it,” he said.