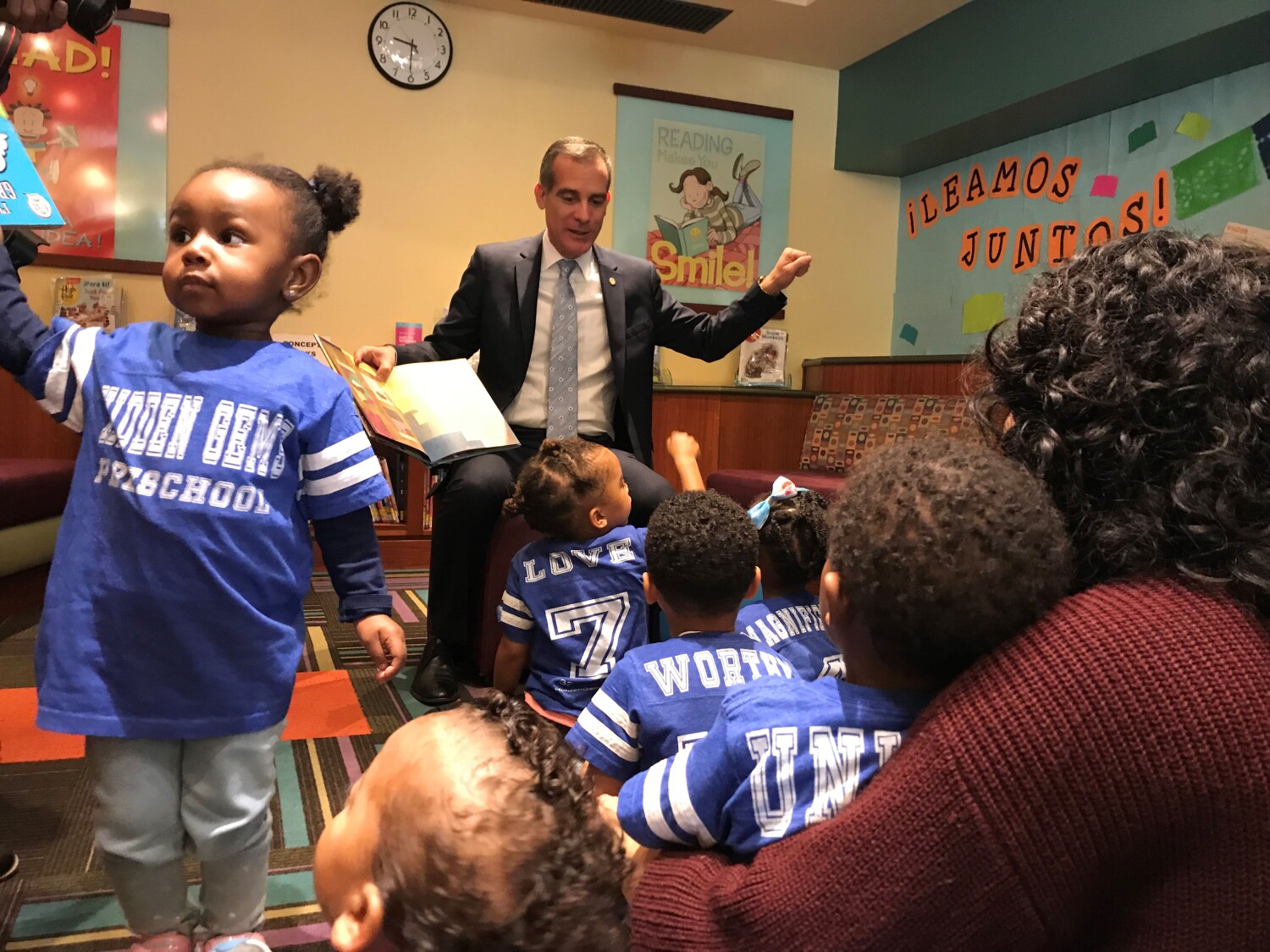 For Angelenos, the days of stressing out over an overdue library book are mostly coming to an end.

Mayor Eric Garcetti announced at Los Angeles’ downtown Central Library on Friday that the city will stop collecting fines for past-due books and other materials this spring, part of a larger effort to make the 73-branch library system more welcoming to the city’s neediest residents.

City officials said too many families worry so much about possible financial penalties that they avoid taking advantage of the books, recordings and other materials that are lent for free.

“The burden of the fines placed on Angelenos is significant — for students, for families who don’t have a lot of spending money, for seniors on a fixed income,” Garcetti said during a news conference. “Library fines can be a barrier to tapping into all the incredible resources that we have here in our libraries.”

L.A. is following the lead of library systems in dozens of other cities, including San Diego, Chicago, Denver, San Francisco and Oakland, according to a report prepared for the Board of Library Commissioners, whose members are appointed by Garcetti.

Under the current system, library patrons are charged 35 cents a day for books, magazines and audio books kept past their due date and 15 cents a day for overdue children’s materials. Past-due CDs and DVDs currently result in fines of $1 per day.

The city will also stop charging patrons who lose library materials a $10 fine, though users will still have to pay to replace them. And the amount of time that patrons can borrow books and other materials will be longer, but items still must be returned.

Once a patron has used up their three renewal periods, they will have 45 days to return an overdue book. After that, the book is considered lost, said Lauren Skinner, spokeswoman for the library system.

Garcetti’s appointees on the Board of Library Commissioners voted to do away with the penalties on Thursday. Before they voted, library officials had concluded that revenue from late fees had already been declining, due in large part to the rise of e-books and other forms of electronic borrowing.

In a library system with a $180.7-million annual budget, revenue from late fees and fines was $1.6 million during the last fiscal year, according to library officials.

Library organizations have concluded that fines for overdue materials are not a deterrent that keep materials from being turned in late and instead serve as a barrier to some families who would otherwise use a library.