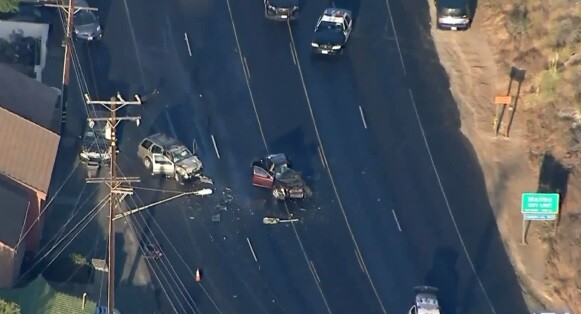 Pacific Coast Highway was shut down in both directions near Topanga Canyon Road in Malibu for six hours after a crash killed one person, officials said Friday.

One person was killed, according to Caltrans. It was not immediately clear whether anyone else was injured.

The highway was closed from Big Rock Beach to Topanga Canyon Road and reopened shortly before noon, according to sheriff’s officials and the California Department of Transportation.