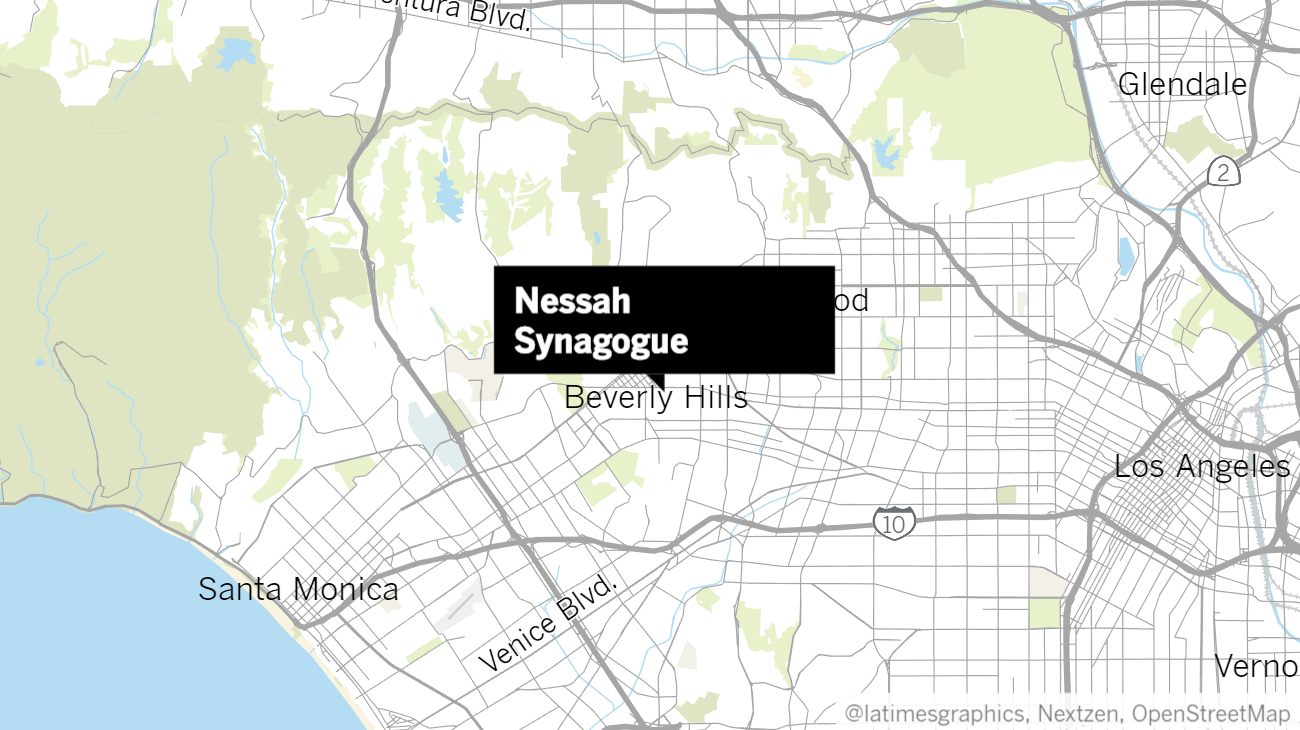 A 24-year-old Pennsylvania man has been arrested in Hawaii in connection with last weekend’s vandalism of Nessah Synagogue in Beverly Hills.

Anton Nathaniel Redding of Millersville, Pa., has been charged with vandalism of a religious property and commercial burglary, charges that include a penalty enhancement for a hate crime, according to the Beverly Hills Police Department.

Beverly Hills Police Chief Sandra Spagnoli announced the arrest at a community town hall Wednesday night about the synagogue vandalism, news that prompted a standing ovation from the crowd. She said it was “one of the worst incidents that can happen to a community.”

Spagnoli said Redding got into a cab after vandalizing the synagogue, went to Los Angeles International Airport and flew to Hawaii.

Redding is being held without bail and will remain in Hawaiian custody pending an extradition hearing to authorize his transfer to California, according to the Police Department. Once extradition is approved, Redding will be transferred to California, where he will face charges in Los Angeles.

“I said we would catch this guy, and we did,” Beverly Hills Mayor John Mirisch said in a statement. “The criminal who we believe desecrated a holy place on Shabbat is now in custody thanks to the superb work of the Beverly Hills Police Department. The Beverly Hills community is strong and will not be intimidated by despicable acts.”