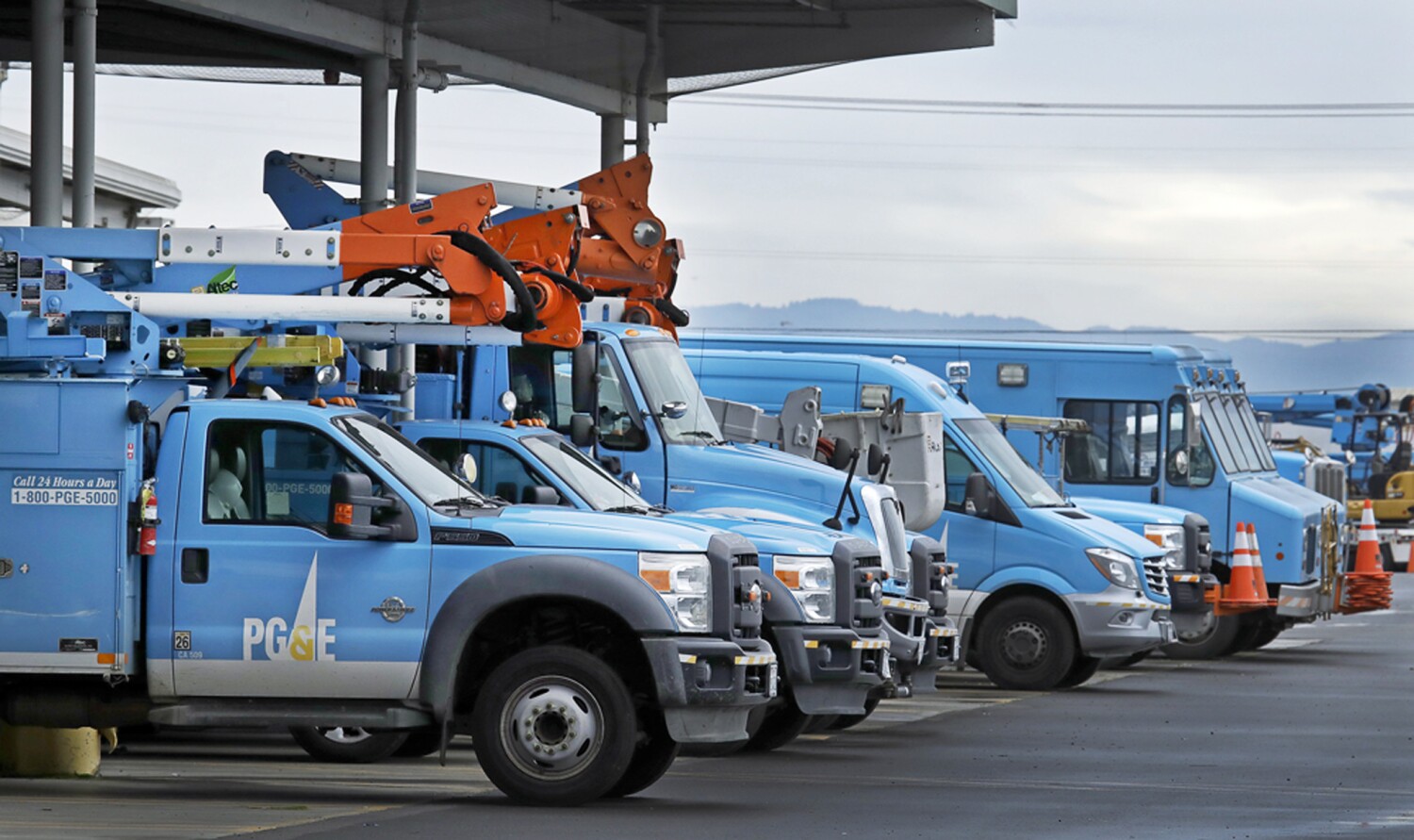 About 450,000 people will be without power starting at 7 a.m. Wednesday as dry weather and strong winds roll through Northern California, increasing the risk of fires.

The number of affected customers was cut in half from Pacific Gas & Electric’s original estimates, affecting 18 counties. The shutoffs will begin with Lake, Mendocino, Napa, Solano and portions of Sonoma and Yolo counties, the utility giant said.

North valleys, including Shasta and portions of Tehema counties, will see shutoffs starting at 8 a.m. The northern Sierra foothills, including Butte and Plumas counties, may experience shutoffs as late as 4 p.m.

Customers can learn when they are expected to lose power on PG&E’s website. The utility said it expects to restore electricity by the end of the day Thursday.

Fire danger across the region is expected through Thursday morning, with a red flag warning in place, as a low-pressure system descends into Southern California, bringing the first rain and snow of the season.

Wind gusts in Northern California may reach 55 mph, with humidity levels in the teens, according to the National Weather Service. Overnight conditions aren’t expected to lessen fire risks, forecasters said.

PG&E said in a statement late Tuesday there has been more uncertainty with the strength, timing and humidity levels of this weather system, but peak winds should subside by mid-morning Thursday.

The same low-pressure system’s movement is causing the opposite problem in Southern California. Though meteorologists say the risk is low, rain always brings a potential for devastating mudslides in recently burned areas.

Flash flood watches are in place in the mountains, coast and valleys of San Diego County, as well as large parts of the Inland Empire, the weather service said.