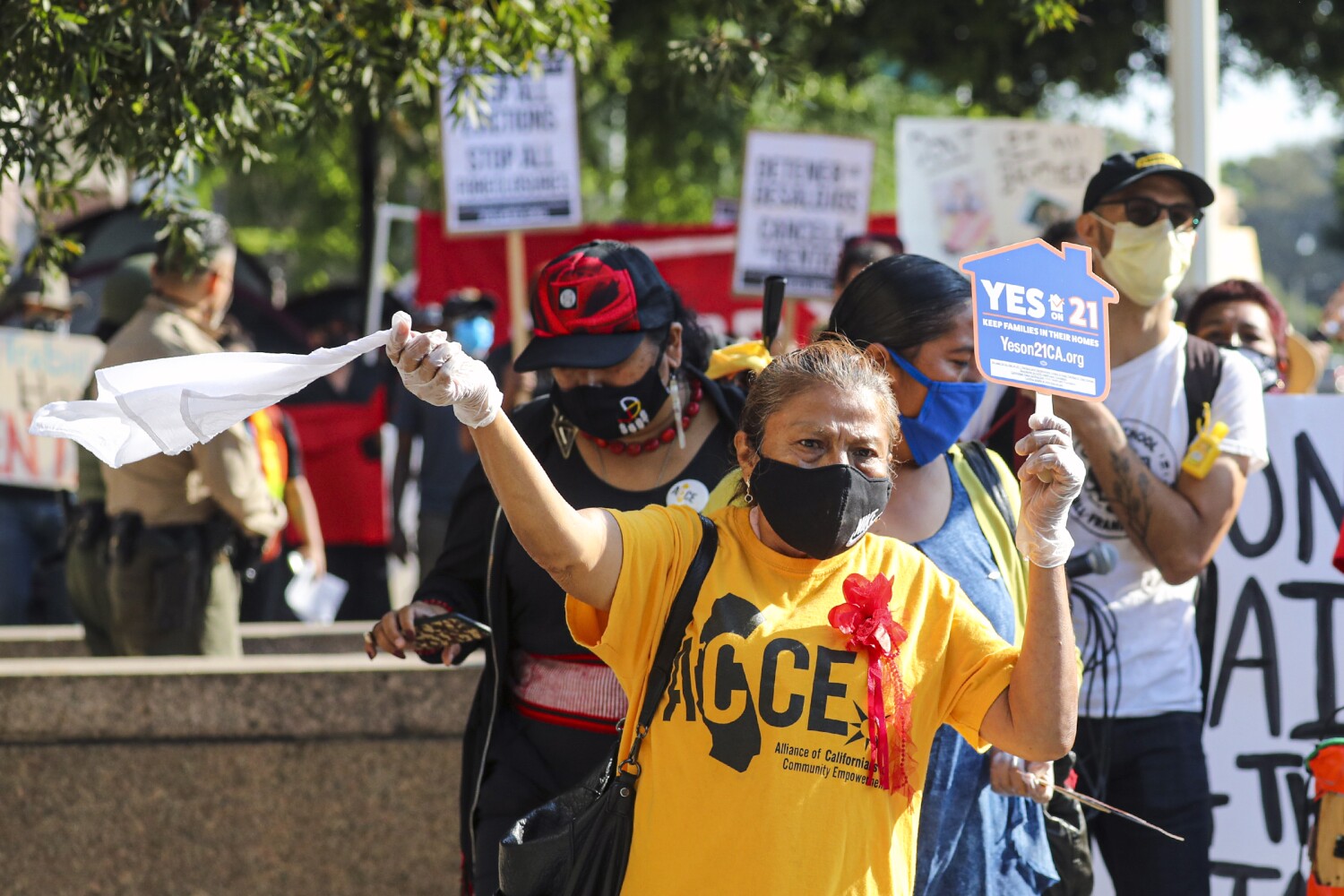 Just two years ago, Californians resoundingly rejected a ballot initiative that would have expanded rent control in the state.

Now, supporters of that measure are back with Proposition 21, an initiative on the November ballot that similarly would allow California cities and counties to implement greater rent controls than they’re currently allowed. But there are some changes that backers believe will make the idea more palatable to voters this time.

Over the last two years, California’s housing affordability and homelessness challenges have only gotten more difficult, with renters and landlords facing new pressures from the COVID-19 pandemic.

Here’s how renters have been faring since 2018 and how Proposition 21 would work.

Renters are still struggling, but the state has offered some help

California has some of the most expensive rental housing in the country. Five of the top seven metropolitan areas with the highest average monthly rents are in the Golden State, according to August data from real estate firm Zillow. San Francisco tops the list at $3,123 a month for all rentals.

And renters cannot afford those amounts. According to U.S. census data, more than 56% of tenant families in California spend 30% or more of their income on rent, the level at which spending on housing hinders the ability to pay for other necessities.

Last year, in response to soaring rents, Gov. Gavin Newsom signed a law that caps rent increases statewide at 5% plus inflation annually for most rental housing older than 15 years — one of the strongest policies of its kind in the country.

Nevertheless, the law still allows rents to rise much faster than incomes, especially now in the wake of the economic fallout from the novel coronavirus.

The economic downturn has led to declining rents in California’s largest metropolitan areas, especially at the higher end of the market. But millions have lost their jobs.

By one estimate, as many as 5.4 million tenants could be facing eviction in the coming months. Federal, state and local governments have passed varying forms of eviction protections, but few programs are providing financial relief so that tenants and landlords can make their rent and mortgage payments.

That law prohibits cities from implementing rent control on:

What would Proposition 21 do?

The initiative would give cities much more latitude to pass new rent control policies or expand those they currently have. Proposition 21 would allow cities to implement rent control on:

Opponents of the 2018 initiative relentlessly hammered the potential implications of that measure in advertisements, arguing that rent control could soon be applied to a lone single-family rental that a property owner had as an investment.

René Moya, the campaign director for Yes on 21, said that it’s never been the intention for cities to implement such strict rent control measures and that the constraints in the new initiative convey that unequivocally.

“We made it as explicit, as crystal clear as possible for the avoidance of doubt,” said Moya, noting that the initiative still provides the potential for robust tenant protections.

Steve Maviglio, a spokesman for No on 21, said the changes in the new initiative amount to window dressing that will still lead to less affordable housing overall.

“If I had a different phrase than ‘lipstick on a pig,’ I’d use it,” Maviglio said.

What do the experts say?

Economists generally do not approve of rent controls because they believe limits on what landlords can charge leads to fewer houses being produced, therefore driving up prices.

But how rent control laws function matters. In a recent study of rent control in San Francisco, three Stanford University economists found that the rules reduced the supply of rental housing because landlords converted their rent-controlled apartments to condominiums or tore them down to replace them with newer construction. This likely led to increased prices overall with wealthier residents moving in, the study found.

However, the study also found that rent control had a large effect on preventing the displacement of Black, Latino and other renters of color. The policy, the study concluded, also fostered diversity in San Francisco.

“By simultaneously bringing in higher-income residents and preventing displacement of minorities, rent control has contributed to widening income inequality of the city,” the study said.

Other analyses focus on different outcomes. A review of research on rent control programs led by USC sociology professor Manuel Pastor found that there’s wide agreement that rent controls lead to greater neighborhood stability, something particularly beneficial for low-income tenants who otherwise might have to leave apartments due to rising rents. Research cited by Pastor shows that forced moves increase stress and worsen health and education outcomes.

As for the potential negative effects of rent control on housing supply, Pastor contended that cities could lessen them by adopting specific policies. Prohibiting rent control on apartments built within the last 15 years is one way to do it, he said.

“I’m as convinced as I was two years ago about the research,” Pastor said. “I’m more convinced than I was about the measure, which got better.”

Who is behind the initiative?

Financial backing for Proposition 21 is coming from the AIDS Healthcare Foundation, an L.A.-based nonprofit organization that similarly financed the 2018 rent control initiative. The foundation has raised $28 million so far in support, nearly all the money for the campaign.

Who is against it?

Opposition to Proposition 21 is coming from large apartment owners — the same groups that spent heavily against the 2018 rent control initiative. So far, the No on 21 campaign has raised $47 million, with some of the biggest contributions coming from Essex Property Trust, Equity Residential and AvalonBay Communities, all major landlords in California.

The California Chamber of Commerce and State Building and Construction Trades Council of California, the labor group that represents construction workers, oppose the initiative. Newsom is the highest-profile opponent of Proposition 21, citing the rent cap law he signed last year as reason to deny stronger measures.