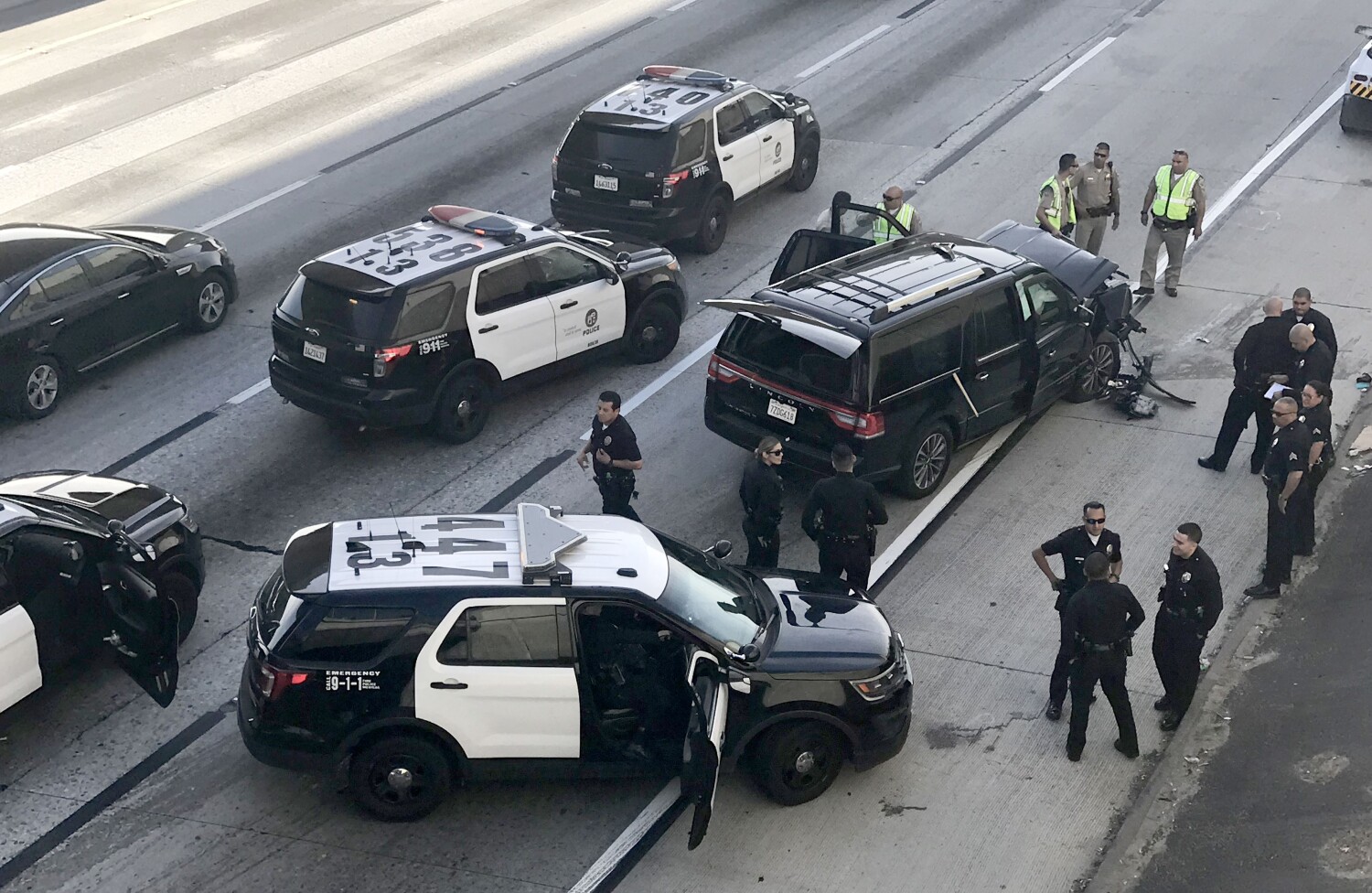 A police pursuit involving a black Lincoln Navigator that authorities say was stolen from a church parking lot in unincorporated Pasadena on Wednesday evening ended in a crash on the southbound 110 Freeway early Thursday.

The vehicle, which had a body inside, was parked outside the church in the 700 block of Rosemead Boulevard shortly before 8 p.m. with the engine on and the keys in the ignition, said Los Angeles County Sheriff’s Deputy Maria Lucero.

The driver was dropping off one body inside the church and another was left inside the vehicle, Lucero said.

Authorities released the SUV’s license plate number and made a plea to the thief on their Twitter account late Wednesday: “Out of all the bad decisions you have made, at least make one good one and bring back the deceased person and casket inside the Navigator,” officials wrote.

Early Thursday, a driver called police to report seeing the vehicle, which triggered the pursuit near 23rd Street and Figueroa Street, according to the Los Angeles Police Department.

The pursuit ended on the southbound 110 Freeway near the Vernon Street exit when the SUV crashed into at least one other vehicle. Authorities say the driver, who has not been identified, was taken into custody.

The body was still inside the SUV at the time of the crash.

Four lanes of the 110 Freeway are blocked as authorities investigate the scene.