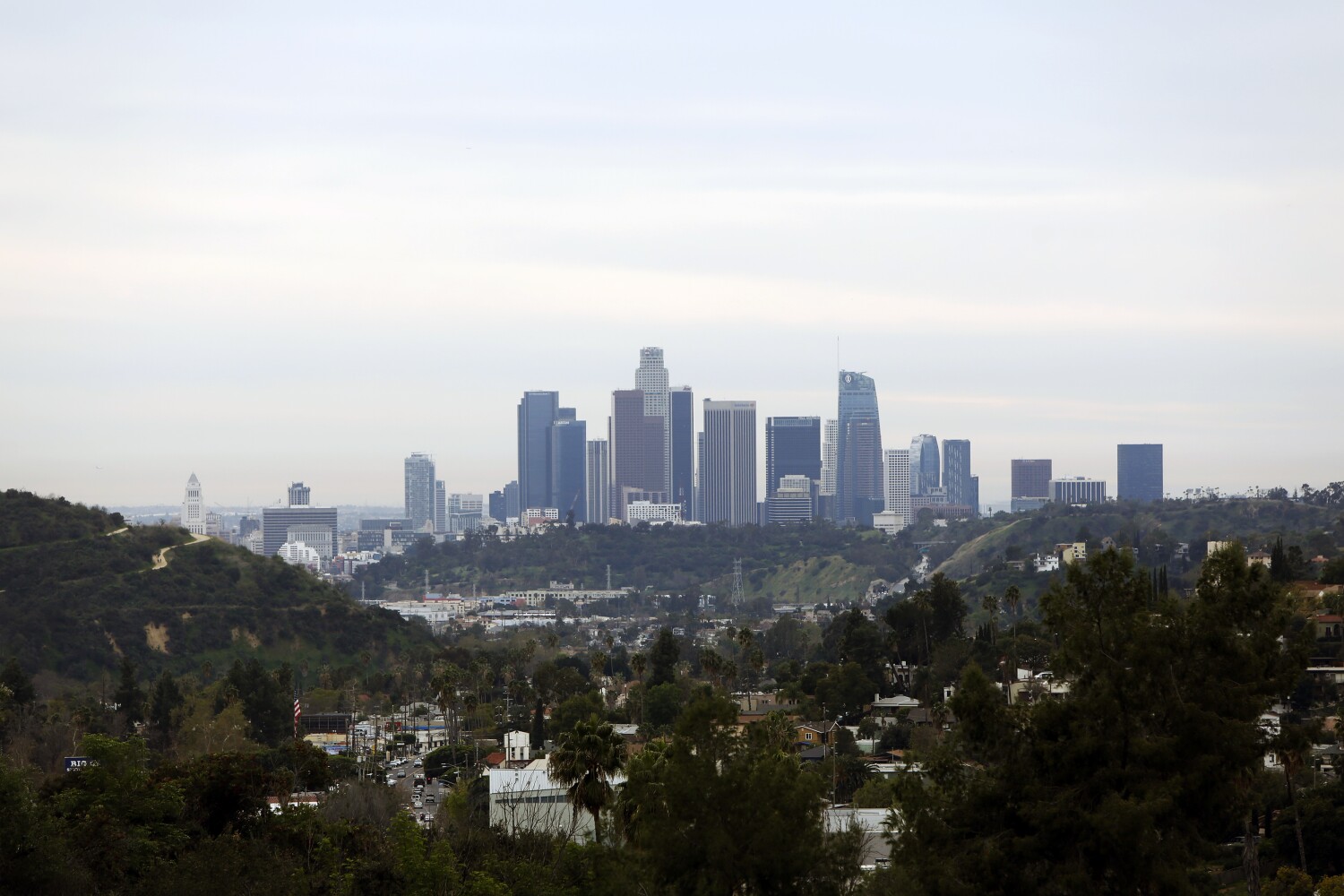 A storm system is expected to bring below-normal temperatures, wind and scattered showers to the Los Angeles area on Sunday.

Temperatures are forecast to fall into the low 60s, and there’s a slight chance of rain before 10 a.m. followed by a 30% to 40% chance of showers in the afternoon and evening, said Kristen Stewart, a meteorologist with the National Weather Service in Oxnard.

“That hot spell we had this week is a thing of the past,” Stewart said.

The storm is expected to drop less than a quarter-inch of rain across Los Angeles, Ventura and Santa Barbara counties, according to the weather service.

Snow levels are forecast to drop to 3,000 to 4,000 feet, with 1 to 2 new inches of snow falling above 4,500 feet. Driving conditions along the Interstate 5 corridor through the Grapevine could become hazardous due to ice, wind and light snow.

Sunday will also be breezy, with potentially gusty westerly winds over the coastal areas and the Antelope Valley, the weather service said.

Things are expected to dry off by Monday, and temperatures will return to normal early in the week.

Though they’re forecast to be light, the showers are sorely needed. California is set to conclude one of its driest Februaries in recorded history, elevating fears that the state’s always-unpredictable fire season could arrive early this year — if March doesn’t provide bring some wet relief.