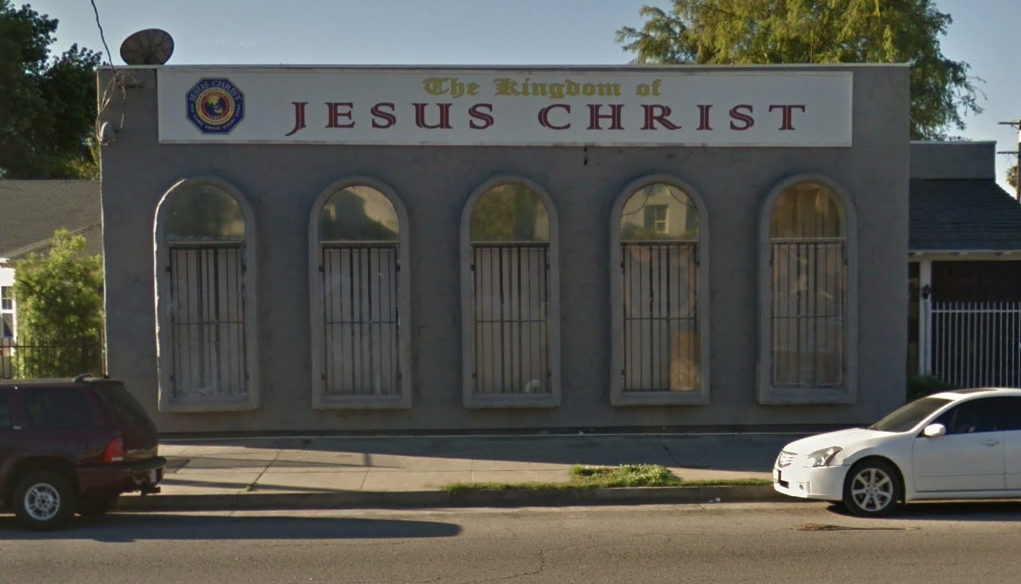 Officials with the Davao City, Phillipines-headquartered church — whose leader calls himself “The Appointed Son of God” — had lured Filipino followers to Los Angeles, where they were promised roles in church concerts, the indictment alleges.

But once the followers arrived in Southern California, their passports were confiscated and they were forced to beg and solicit donations for an organization called the Children’s Joy Foundation, which purported to help poor Filipino kids, the court documents said. Instead, funds were used to purchase Armani suits for the church’s leader and lingerie for his assistants, among other luxury purchases, according to the indictment and other documents.

Three officials with the church called Kingdom of Jesus Christ, The Name Above Every Name were charged late Wednesday with one count of conspiring to commit forced labor trafficking, servitude and immigration and marriage fraud. Guia Cabactulan 59, was the church’s top official in the United States, the indictment said. Marissa Duenas, 41, allegedly handled immigration matters as the “human resources leader” and investigators believe Amanda Estopare, 48, tracked fundraising and funneled money to the church’s leadership in the Philippines.

A magistrate judge had ordered all three women detained after their arrests last month. Attorneys for Cabactulan and Duenas didn’t immediately respond to requests for comment. It was unclear from court records if Estopare had retained a lawyer.

Israelito Torreon, an attorney for the church in the Philippines, previously said the U.S. charges stemmed from a campaign, waged by disgruntled ex-members, “to exact revenge” and drag the church and its leader, Apollo Quiboloy, “into a quagmire of shame, blatant humiliation and defeat.”

Quiboloy was neither charged nor identified by name in court documents; prosecutors and agents have referred only to the church’s “leader.”

Nearly every day, all year long, the alleged trafficking victims — “volunteers” or “miracle workers,” in the church’s words — were forced to raise money, often by begging on the street, the indictment says. One woman told the FBI she solicited money by singing in restaurants and selling baked goods; another described begging outside malls, Walmarts and Home Depots.

Any money they spent on themselves for food, lodging or medical needs came out of their daily cash quota. “For that reason,” the indictment says, they “often skipped meals and slept in their vehicles while fundraising.”

Victims who did not meet quotas were abused, according to the indictment and an FBI agent’s affidavit. Some were forced to fast and listen to the church leader’s recorded sermons for days in a locked room in the Van Nuys compound, the documents say. One victim told the FBI that after her relationship with a non-church member became known, she was paddled 100 times, forced to wear an orange shirt with the letters SOS for “Son of Satan,” and her head was shaved.

To ensure those victims “who proved to be good at soliciting money” could remain in the United States, officials forced them to marry church members with U.S. citizenship in sham ceremonies, and kept wedding rings at the Van Nuys compound for that purpose, according to the indictment and an affidavit signed by Anne Wetzel, an FBI agent. Others were enrolled at universities in Hacienda Heights and Garden Grove, making them eligible for student visas.

The FBI has interviewed at least a dozen victims, according to Wetzel’s affidavit. Several have received temporary immigration status allowing them to remain in the United States.

At the Van Nuys compound, agents found a memo listing the church’s “fundraising goal” for the United States in 2018 as 23,050,000 Philippine pesos, or about $457,000 dollars. Estopare and other church officials sent cash to the Philippines, rolled into the socks of church workers and flown in bulk on private jets, the indictment says.

From 2014 to mid-2019, $20 million in cash was deposited in the church’s bank accounts, Wetzel wrote in the affidavit, citing bank records subpoenaed by investigators. Most of the money came from “street-level solicitation,” Wetzel wrote.

Witnesses have told the FBI that the church’s leader enjoyed a sumptuous lifestyle. He drives a Bentley, Mercedes and bullet-proof Cadillac in Davao City, one former member said, and the church is building a sports stadium there called the “KJC King Dome.”

Torreon, the Filipino attorney representing the church, said the FBI had been taken in by “a grand conspiracy of lies,” concocted by embittered members who had since left the church. During the raid at the Van Nuys compound, the indictment said, agents seized a file containing information on members who had fled the church, titled “Traitor.”

The Associated Press contributed to this report.