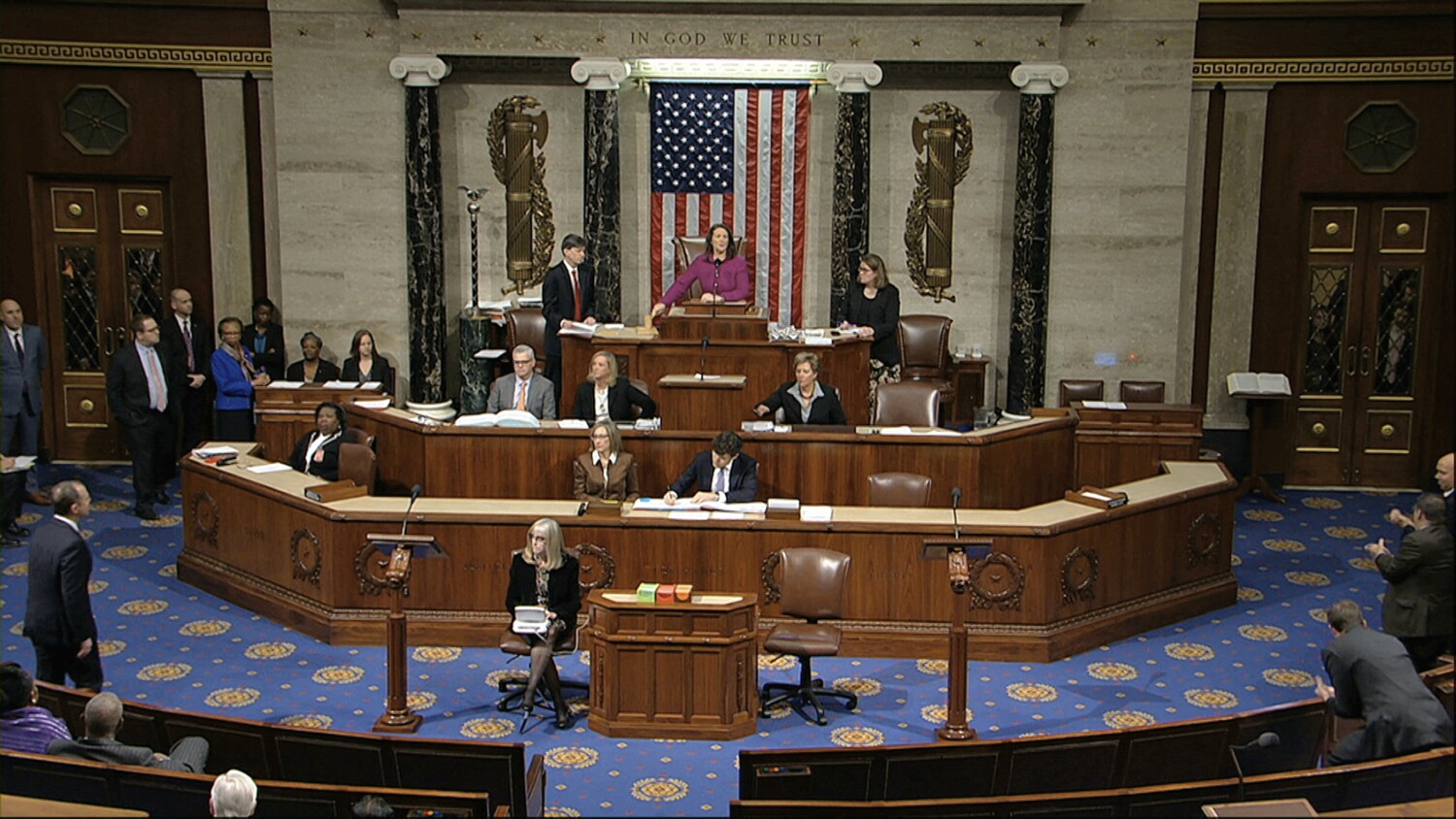 At Jimmy’s Barber Garage in Sacramento, all the chairs were occupied by customers, including Mark Dwyer, who was getting a trim and watching Rep. Sheila Jackson Lee (D-Texas) on the television exhorting her colleagues to impeach President Trump.

Dwyer, a behavioral therapist, supports impeachment of the president “resoundingly” and said he has been glued to coverage of the hearings in recent weeks. He listened to the floor debate on NPR with great interest as he drove to the barber.

“It’s historic. It’s also unbearably depressing to listen to it,” Dwyer said of the debate on impeaching Trump. “It’s on its face clear that he did it. He solicited interference in an election.”

Others in the barbershop said they have not been paying close attention to the impeachment hearings and don’t fully understand the case that has been made.

“I would like it if I could see some facts about what happened with the whole phone call” between Trump and the Ukrainian president, Tim Benjamin said as he left the shop.

Benjamin said impeachment is popular among his circle of friends, whom he described as liberal. “Most people I know are for it,” he said, adding, “I don’t really like the president.”

Jonathan Patterson said his interest in the impeachment hearings has been “pretty low.”

“I’m leaning toward him being [voted] out because he’s a terrible person,” Patterson said.

Down the street, Mike Moniz was on the job as a pest control worker at a commercial building and said he and many people have grown tired of the spectacle in Washington. His advice to lawmakers? “Stop it.”

Moniz said he had no plans to watch the congressional debate because he was working and has heard enough in snippets on the radio. He remains opposed to impeachment, however, believing the Democrats have not proved their case.

“It just sounds like a big bag of tricks that people are going on with,” he said.

At the nearby Midtown Barbershop, the comedy show “The Office” was on the only television, and owner Jason Dunn had no plans to switch the channel.

“Politics are something you don’t get into in a barbershop,” he explained. “You don’t want to chase customers away. Opinions on the president are tearing families apart.”