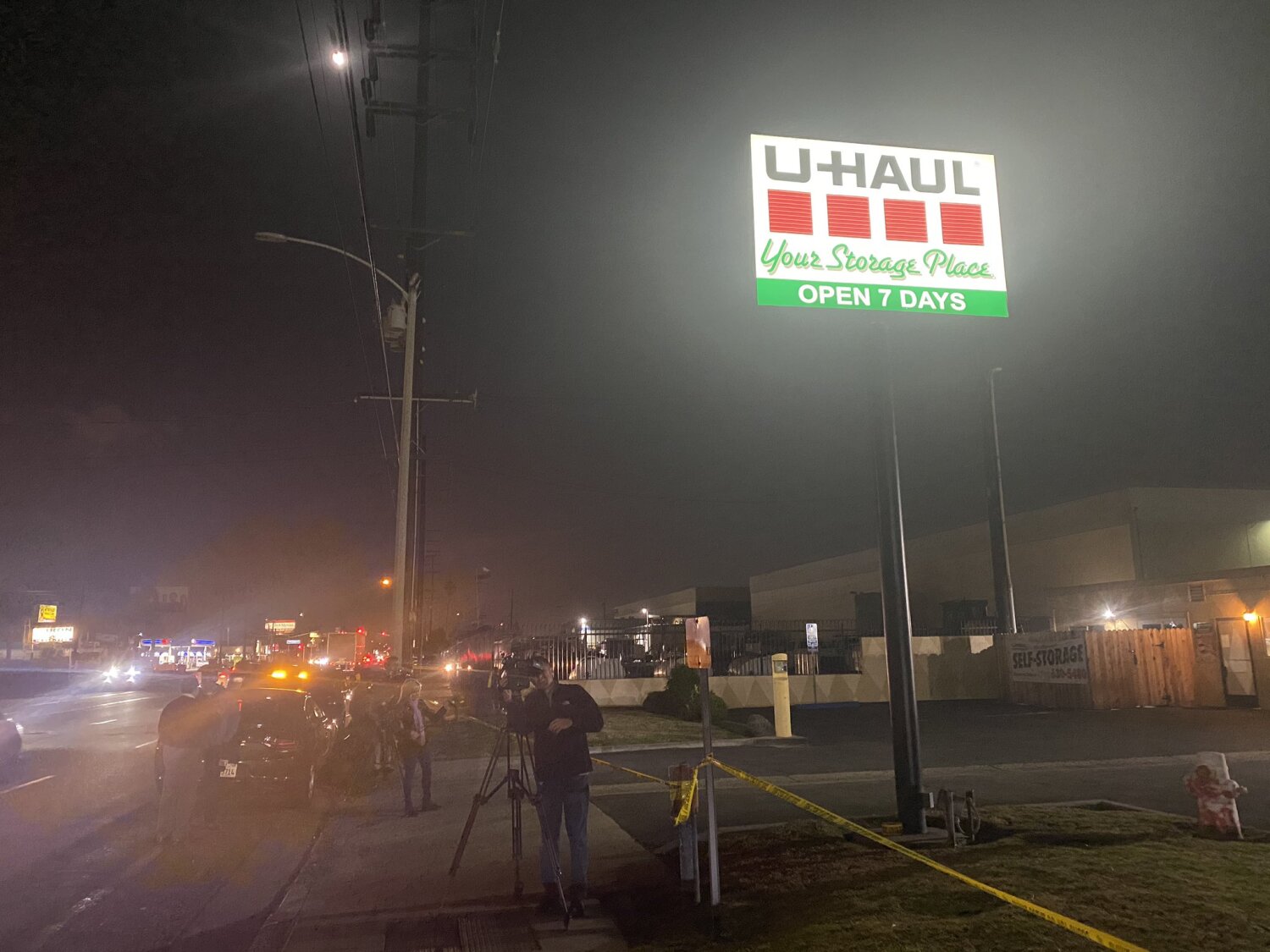 A group of workers were cleaning out a U-Haul truck Wednesday, towed to a Fullerton rental business after it was abandoned in Anaheim, when they found a body inside the vehicle.

The Fullerton Police Department was called to the scene near Orangethorpe Avenue and State College Boulevard just before 1 p.m.

After determining that the truck had been rented and then dumped in Anaheim, Fullerton authorities contacted Anaheim police, who took over the case.

About 7:30 p.m., the body, found wrapped in plastic and cardboard with only with the crown of the person’s head visible, was taken to the Orange County coroner’s office for further examination. No details about the person’s identity were available Wednesday evening.

The truck was towed to “another controlled facility” where officers will glean any evidence from the truck, which also had clothing and furniture inside, said Sgt. Shane Carringer of the Anaheim Police Department.

“We have nothing to indicate it is a homicide,” Carringer said. “We are handling it as if it could potentially be a homicide, so we’re going to complete a thorough, methodical search.”