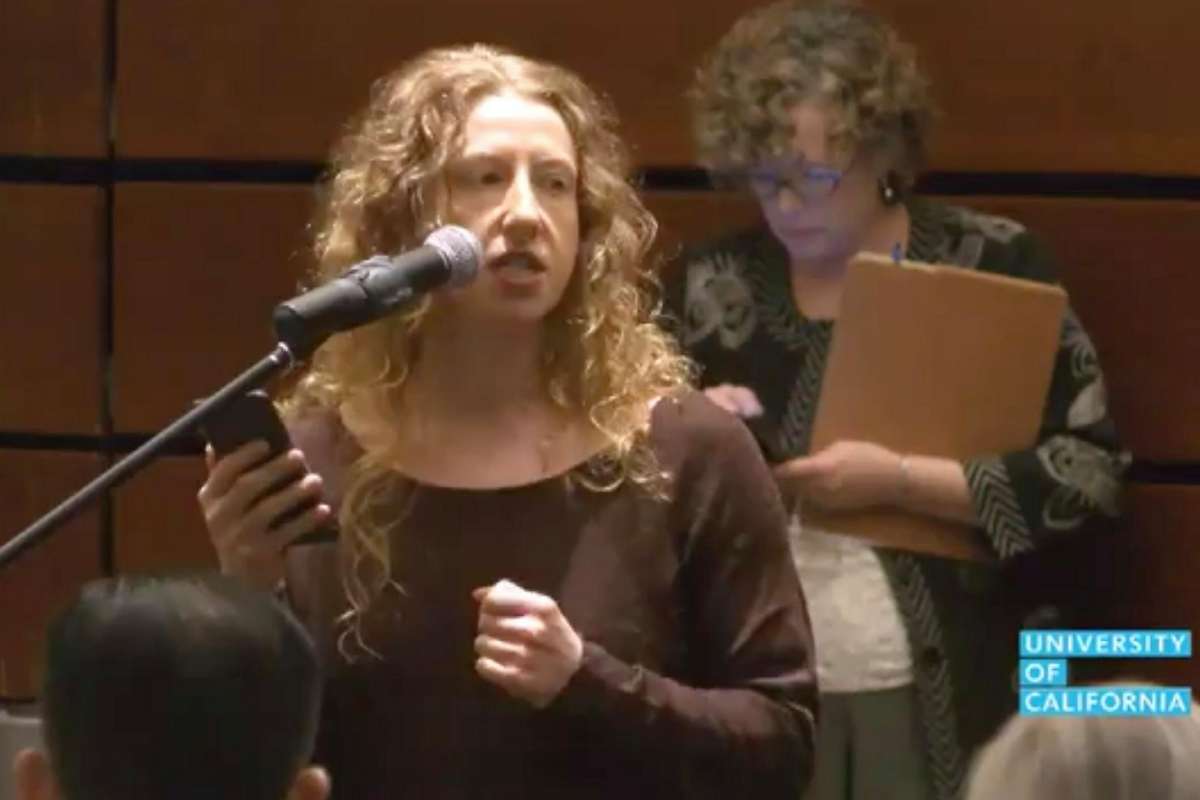 The University of California is investigating an allegation by a UC Santa Cruz student that Regent George Kieffer repeatedly squeezed her thigh at a dinner meeting with students five years ago.

Rebecca Ora, a doctoral student in film and digital media, made her allegation during public comments Wednesday at the UC regents meeting in San Francisco. She told board members that Kieffer had touched her under the table while she and other students were discussing tuition with him and complained that UC officials had done “nothing” about her complaint, which she filed more than a year ago.

Kieffer called the allegation “absolutely false.” The Los Angeles attorney and prominent civic leader, who headed the Board of Regents for two years before his term expired in June, declined to publicly discuss details of the case. But he said the UC resolution process was “fair and independent” and he had “total confidence in that process coming to the right conclusion here.”

Ora initially opted to handle her complaint through the UC informal resolution process, but the two sides failed to come to an agreement, and she moved forward with a request that UC conduct a formal investigation.

In a statement, the university said it “promptly responded” as soon as it became aware of the report “and has retained an outside investigator who will determine the facts in this matter.”

“The University of California takes these allegations — as we do any allegations — seriously and is committed to maintaining an environment in which all students, faculty and staff are free from harassment and discrimination,” the statement said.