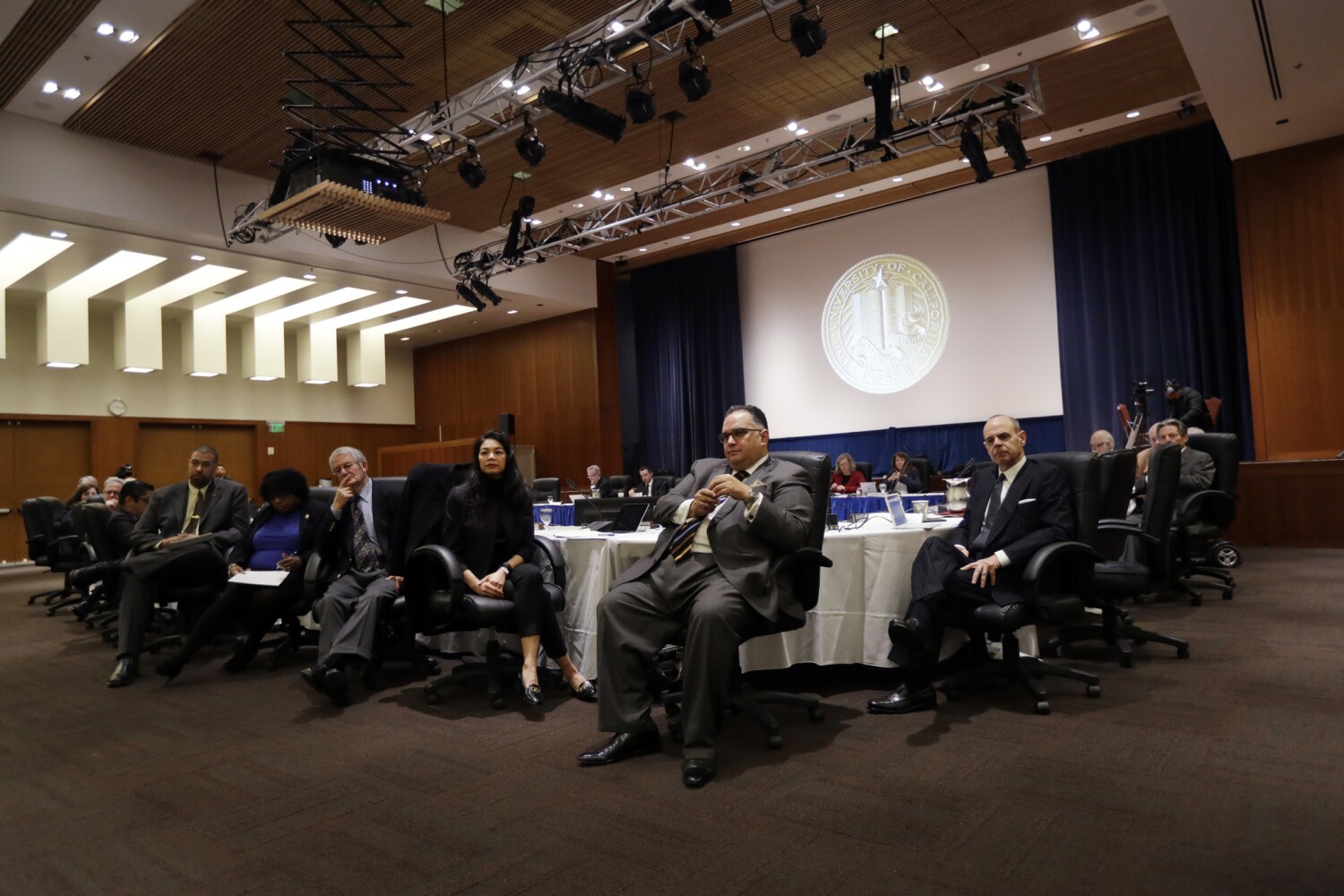 The University of California plans to enroll 1,400 more California undergraduates next year with no tuition increase under a 2020-21 budget approved Thursday by the board of regents.

The UC system also will enroll 1,000 additional graduate students and expand mental health services and academic support in its drive to increase graduation rates and close the achievement gap among diverse student groups.

The UC Student Assn. successfully lobbied regents to ask the state for $43 million for services for students living in the U.S. illegally and those who were formerly incarcerated or in the foster care system.

Association President Varsha Sarveshwar said students wanted fully staffed centers on every campus for students who lack legal status — especially as the U.S. Supreme Court weighs whether to allow the Trump administration to end a program that protects from deportation those who were brought to the United States illegally as children.

She also said campuses must better address what she called a “crisis in recruiting and retaining black and brown students.”

“We’re over the moon,” she said after the unanimous vote to approve the budget.

The $10-billion spending plan for core academic services includes state general funds, university general funds and tuition and fee revenue — funding requests that the regents send to Sacramento every November as the governor draws up state budget proposals for the next year.

It represents about a quarter of the UC system‘s entire budget — which also includes revenue from federal contracts, medical centers, philanthropy and sales.

This year, UC is requesting about $447 million in additional ongoing state funding to enroll the increased number of students, support the UC Riverside medical school, hire faculty and expand student services systemwide next year. The university system also is asking for $450 million in one-time state funds to upgrade facilities and $25 million to foster innovation and entrepreneurial start-ups.

Regents briefly discussed possible plans for approving a future tuition increase — which may be likely if the state fails to provide their requested funding. One idea is to increase tuition for each incoming class but guarantee that rate for six years, which would raise money for operations and financial aid while allowing students and families to plan their college expenses.

Regent Sherry Lansing said there was “nothing more painful” than having to approve large and sudden tuition increases during the Great Recession, and she expressed support for the plan’s “built-in steady increases.”

Regent George Kieffer, however, said he favored raising tuition across the board as needed to account for inflation, which would better cushion the UC system in case of recession or unexpected cuts in state funding.

President Janet Napolitano said she wanted regents to understand that “a great university needs a revenue stream it can depend on … as costs go up.”

A UC briefing memo said the university system has continued to enroll record numbers of California students in the last several years without receiving enough state funding to cover the extra costs. As a result, “signs have emerged that despite improvements in some measures of institutional performance, the quality of instruction, the adequacy of student services, and students’ overall satisfaction with their educational experience have declined over time.”

In university surveys, students have expressed less satisfaction with their UC experience. Compared with a 2006 survey, fewer students last year said they know a professor well enough to ask for a letter of recommendation, were able to get into their first-choice majors or agree strongly that they would still choose to enroll at a UC campus.